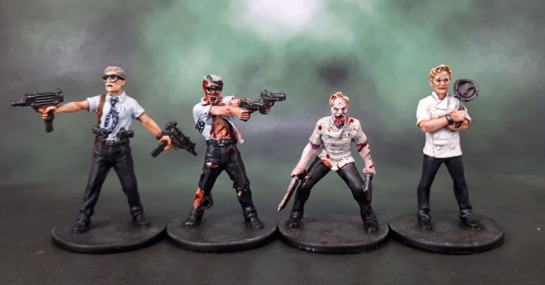 I almost titled this post “Where the fuck do you think you are? Get out of my fucking kitchen you fucking clueless muppet!” but then went with something simpler and more descriptive. And just slightly less Ramsey. 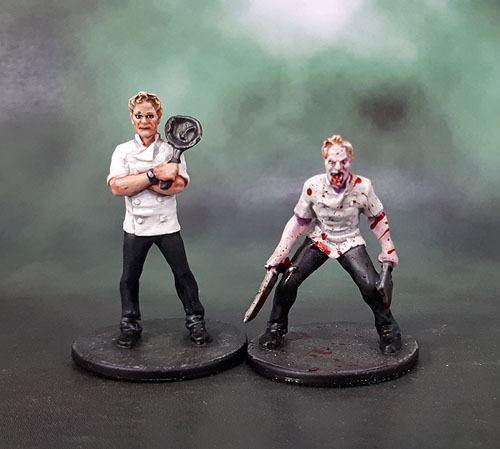 Today’s models are a pair of Zombicide survivors, the first is the kickstarter exclusive model, “Jesse”.

I’ve obviously painted both the Survivor and the Zombvivor versions of the character here, even though when we’ve played the game we really haven’t used the Zombivor rules.

The second pair of models from today’s batch are one of the starting characters from the Zombicide Season 1 Core set, as well as his Zombivor version that is included in the Toxic City Mall expansion. 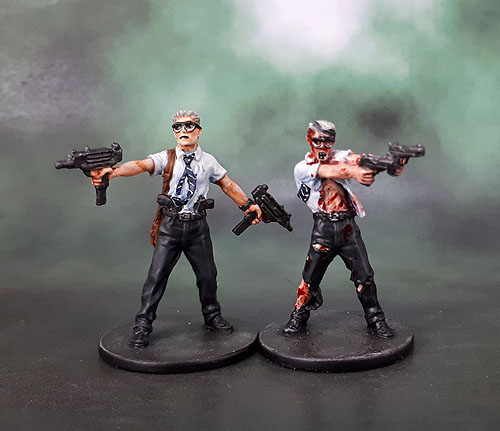 Doug, being from the original set is a much rougher sculpt than the later ones (especially the eyeglasses). The zombivor sculpt is sadly even worse. At least from the neck up. So I’ve obscured it quite a bit with blood.

Sometimes the Zombivor models just end up looking like wounded versions of their “live” counterparts – Doug’s model being a good example of same. If I hadn’t bloodied him up this much, he’d look even less so.

Doug was always a favourite character when we played Zombicide regularly. His skills were pretty useful, and was a lot of fun. We never got to the point of breaking out the “Heroic” versions of the Season 1 survivors. 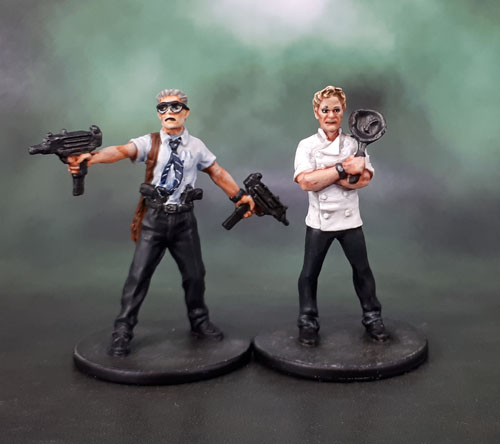 I’ve finally finished some of the second batch of Zombicide survivors (and Zombivors) that I started bloody ages ago.

Zombicide “Will” and Zombivor Version.

“Will” is a homage to Simon Helberg as Howard Wolowitz from the popular Television program “The Big Bang Theory“. 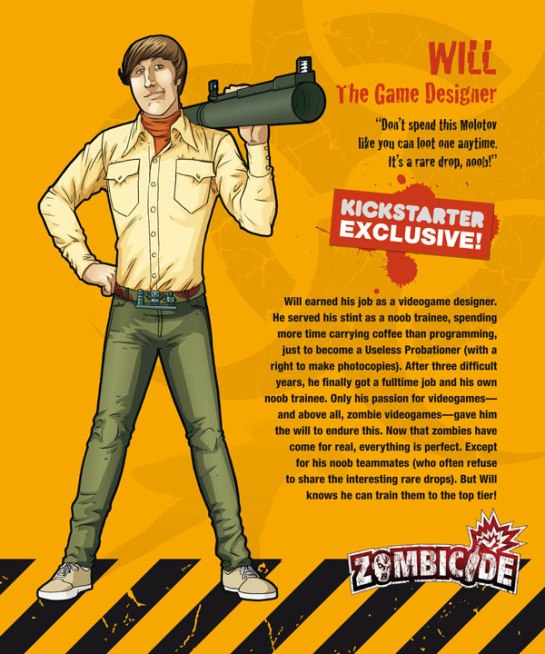 I went for one of Howard’s less outrageous outfits for this figure, partly for ease of painting and partly because we actually have to play as him, so… you know.

Howard Walowitz’ shoes. One pair of them, anyway.

I also googled Howard’s shoes, so that I’d have appropriate footwear for him to wear. I think I did a pretty good job of replicating his Vans sneakers. I also attempted to give his belt buckle the impression of Howard’s NES controller belt buckle, but it’s hard because we’re talking pretty bloody small at this stage. 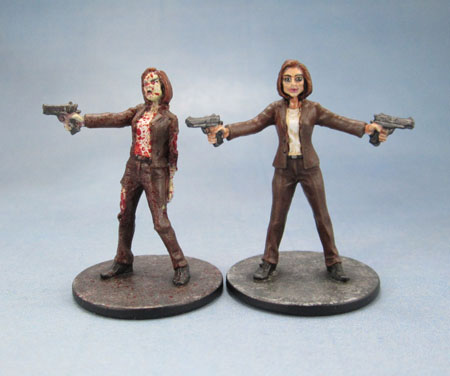 “Helen” is a homage to Jodie Foster as Clarice Starling from The Silence of the Lambs (1992).

I think there’s a touch of Ally Walker as June Stahl from Sons of Anarchy in there as well. Particularly on the artwork.

I think Jodie/Clarice is the more obvious influence, especially with “Achilles” being a clear Anthony Hopkins as Hannibal Lecter, but there’s still a solid similarity there, and I probably would still have painted the model in the brown late 80’s/early ’90s style suit, but if I had a second figure to paint, I’d definitely paint her as Stahl.

…and their unpleasant eventual fate.

With a bit of luck, I’ll have two more finished in a week or two. I’ll probably have the last of the dogs finished before then, though – so they’ll likely be shown first.