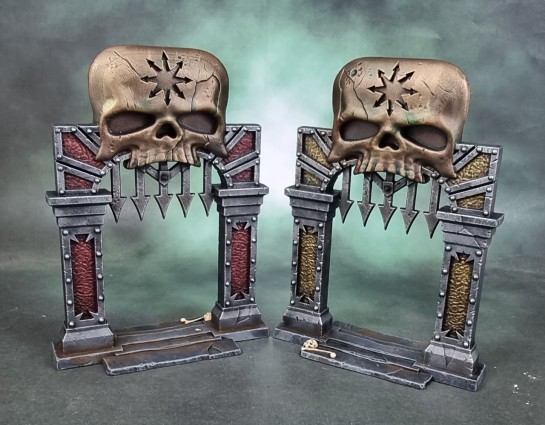 I was pretty happy with how the WarCry Catacombs Bridges turned out, so following getting those done back in September, I decided to paint up some of the gates in a similar style. First up were the “Skull” gates. Ok, sure, I realise that each and every one of the gates in this set could easily be called “Skull gates, but work with me here a little, willya? These to be seem to the the skullingmost of the various Skull gates. They come in the flavours of “open” and “closed” and feature a significant amount of real estate that reads as metal, yet has cracks – as though through stone. 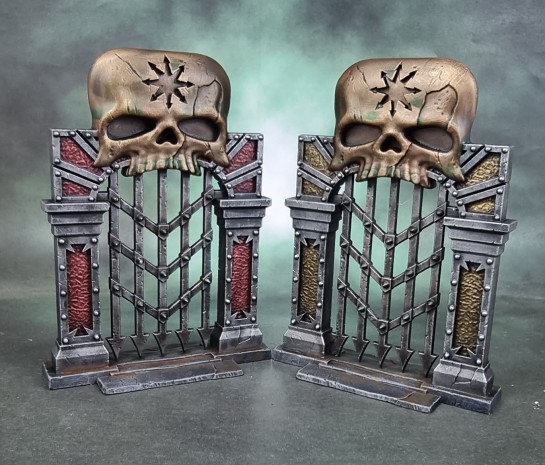 As you can see, I simply disregarded the stone element and painted the edges as metal. The skulls also feature the same skull-cracks across the two… sculpts? So I simply painted them as two pairs – open and closed. One with metallic red insets and one with a more brassy finish. 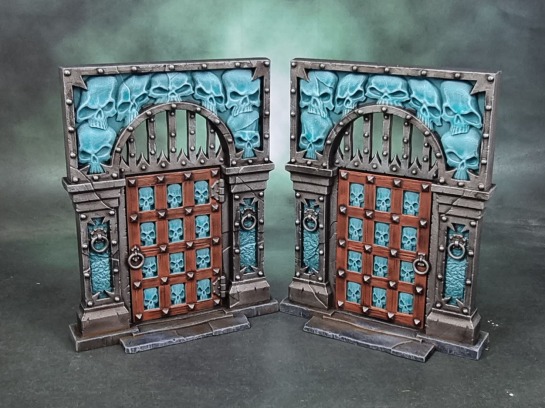 I also really liked the effect of the bluish, verdigris-looking gates as shown on sceencaps from a video by a YouTuber called Tabletop Skirmish Games, so I had a look at his video and did something similar, though mine turned out a bit bluer which I’m still quite happy with. When I get a bit more time, I’ll undoubtedly check out some of his other videos and see what he’s got up there.

When I get a bit more time, I’ll undoubtedly check out some of his other videos and see what he’s got up there. In the meantime there’s a link to his channel and also to the video that spawned the Google Image Search screencaps. 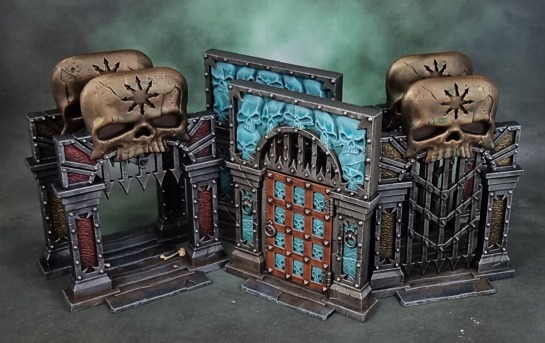 So that gave me another six pieces of terrain for September’s bounty. I’ve only got another four of these gates to go – 2x two more sculpts, so hopefully I’ll have time to work on them in October with everything else going on… 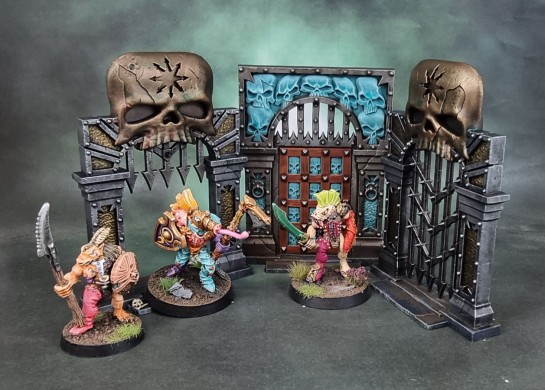 And finally, here’s a scale shot. I’m featuring some Slaves to Darkness-era followers of Slaanesh today since the size models have been pretty Khornate lately. 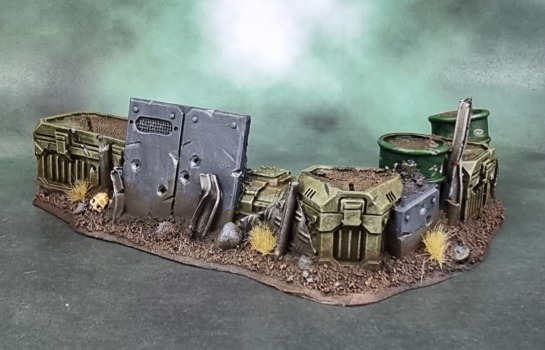 Now this is a post series that’s been dormant for some time! I’ll just recycle this text from my last post… (it’ll all make sense pretty quickly!) 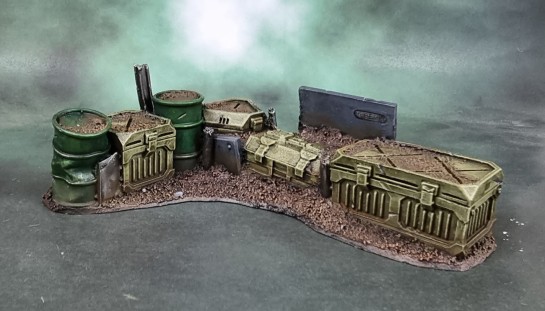 ̶L̶a̶s̶t̶ ̶Y̶e̶a̶r̶ three years ago, after seeing some impressive Not-Shadespire terrain on mcmattillaminis site, I got all excited and asked him where he got them, and then went to the website to order myself a set or two of those models! Well, as so often happens with some of these small places, the promised despatch time for *cough* “in-stock” items blew out by several weeks and then when they eventually got here, some of the enthusiasm had dulled. So while I started a bunch of ruins shortly afterward, nothing has yet gotten to the point of completion. I did however manage to get a few models from the little baggie of freebies they gave me to apologise for the slow despatch (after several of my “uh… you said a few days 2 weeks ago?”-type emails). This Barricade usually comes as part of a larger set in the “HQ Resin” line. The mesh cutout on the “Rhino doors” part of the barricade isn’t repeated on the back, so I had to paint one in. I’ll have to add a line down the middle as well so that the carpet matches the drapes, so to speak… 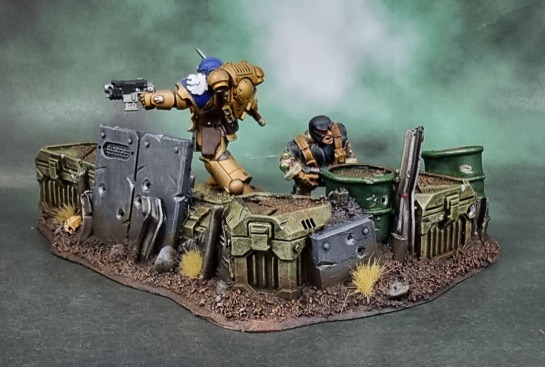 Basically, this thing sat around from when I received it until very recently, when I sprayed it, then pulled my finger out and painted it. It’s a nice little piece. A simple one and very much in the vein of what most hobbyists can make themselves, but regardless – it’s a pretty good bit of terrain.