So here’s a set of models that I’ve wanted to paint for a couple of years. Ever since the Wave 1 of Shadows of Brimstone arrived on my doorstep, including the extra “red sprues”. The red sprues were a couple of duplicate sprues of the monsters from the core boxes, in red plastic rather then the boxed-set grey as a bonus for Kickstarter backers. I initially wanted to paint them up to represent water-bourne tentacles, so I could use them for Lord of the Rings as The Watcher in the Water or other similar creatures, except… the bloody things have stones all around them. I really couldn’t be bothered sawing them down, and so the project sat idle, every so often I’d remember it, then get annoyed again.

Sometime in the last couple of weeks I had the idea of painting them finally. I still didn’t know how I’d get around the rocks, but I thought “fuck it” and just glued them down to weighted 32mm Citadel bases anyway. The Shadows bases are nicer in some ways, but they won’t take washers quite as well, so I went with the GW ones. I knew I wanted to figure out a way to make them fit as sea bases, but I also didn’t care if they were perfect or not anymore.

Took them outside, spray primed black, then dark green. I still didn’t know exactly what I was going to do, but I knew I wanted sea monster colours, and not purples or red. Once I got them inside again I painted the bases and rocks in a dark sea blue-turquoise (Vallejo Panzer Aces: 309 Periscopes). I then had a thought and dropped some white into my palette with the turquoise and got one of my drybrushes. I then just started dabbing. 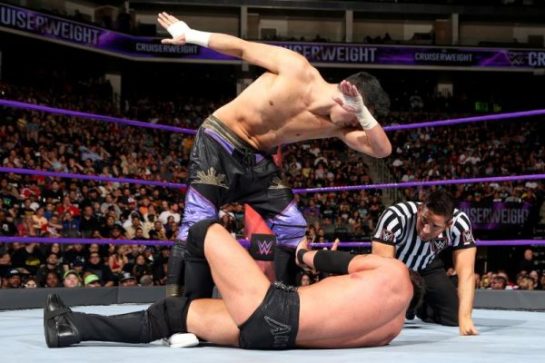 Anyway, it seemed to work, so I added more white, and so on until I had an actually decent-looking mottled pattern that looked like churned water. Next up I played around with a wash of sea green on the tentacles, and then drybrushed the sucker-sides and the back-sides in slightly different shades of green, then a wash/glaze of a mix of P3 Turquioise Ink, Coellia Greenshade and some Liquitex Gloss Medium to thin it down and hold it all together. After drying, a nice hard coat of gloss spray varnish, and then I decided to take a gamble and use a sculpting tool to dab on (yep, again) a bunch of Vallejo Water Effects. Which naturally took 2 days to cure to the point of these photos. I’m not super excited about the yellowing. I’ll see how they look in a week or so, then I’ll decide whether to leave them or try drybrushing a little white on the tips. 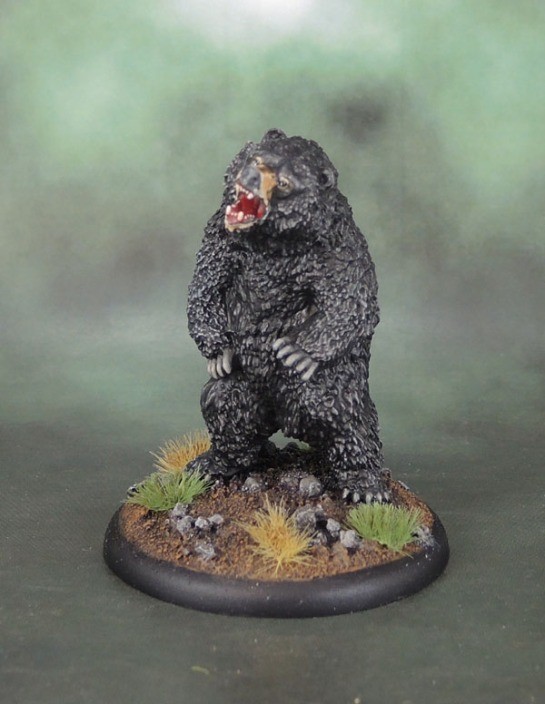 Here’s a model that I randomly found in a baggie of Reaper Bones models from one of their Kickstarters. I believe I pulled it out at the same time I found the Carrion Worms, so it’s been sitting around for a couple of months now, having a little bit done to it every so often. 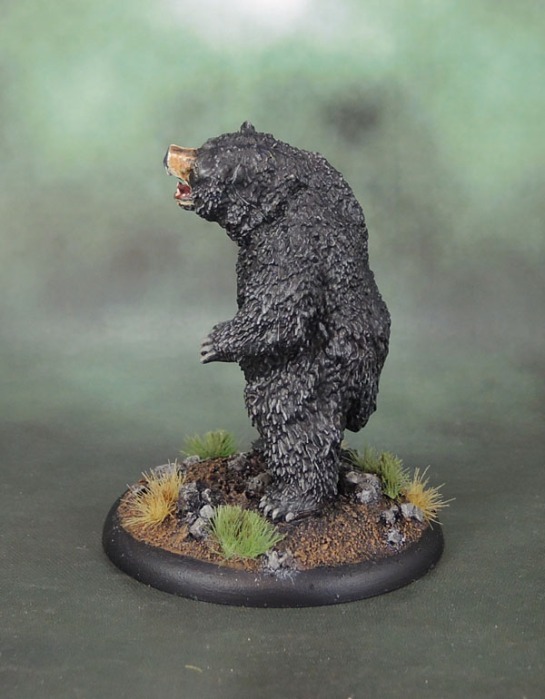 The fur had actually been done for some time, and the model just kept getting shoved out of the way from one spot on the desk to another, until I was doing the basing on another trio of models last weekend, so I grabbed the bear to do it’s base at the same time.

So a couple of days ago I saw it there, and decided to finish it off. A couple of hours later and the fur was finished, claws and muzzle and mouth and eyes painted, matt painted on and some tufts added. Anyone who has played Far Cry 5 will understand why I’ve called this bear Cheeseburger (though it also makes me think of the ROH/NJPW Wrestler).

I’m pretty happy with how Cheeseburger’s face turned out. It’s the first time I’ve painted a realistic Black Bear’s face (albeit on a simple Bones model), and it was quite a bit of fun. 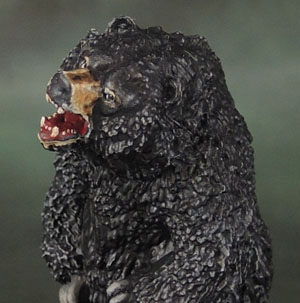 In gaming terms, it’s a pretty flexible model. Obviously there’s a place for it in Roleplaying Games, but also anything scenario based, such as Historicals, Fantasy, even some sci-fi. There’s also potential for use in any army (again, especially Fantasy and Historical) that has animal or beast handlers – even 40k could work here – Dark Eldar/Drukhari Clawed Fiend, anyone?

I’ve only just considered that I could have made an awful pun and titled this post “Bear-ly Legal”, but on second thought while puns like Who Let the Dogs Out, etc are fin and fun, Bear-ly Legal might attract the wrong kind of crowd via searches. 😉

It does remind me of an amusing and wholly-unrelated anecdote that I’ll share here. Back in the mid-90’s when I used to play The Warhams with a regular and fluid group in a store in Melbourne’s CBD, there were a couple of other younger, 20’s guys who were also into wrestling, as I was. One evening we were talking about one particular guy lending me a pair of videotapes that he’d gotten hold of. One called Hardcore Heaven and the other called Barely Legal. We were discussing how good they were supposed to be (I’d heard of them, but not ever seen them). Another guy who overheard the discussion warned us that we needed to “be careful” with stuff like that. After a minute or so, we explained to him that we were talking about a different Hardcore Heaven and Barely Legal than what he thought we were on about. We were of course talking about Extreme Championship Wrestling’s first two PPV events. You’re welcome.

Oh, and here’s a size shot of the Big Guy. Pretty happy with how this one turned out, especially given that it’s a Bones model with soft detail and weird, difficult mould lines. The good news at least is that while both of those do stand out a bit in these oversized photos, they’re not really an issue for the model in hand.