The conclusion of Wookiee Weekend presents the most famous Wookiee of them all, Chewbacca. In fact, if you’re reading this blog and you don’t know who Chewbacca is, you’d better turn in your geek card immediately. 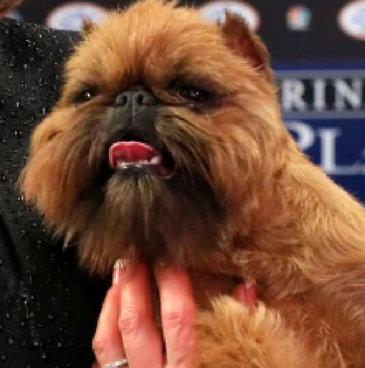 Given just how famous Chewie is, there are no shortage of quality film-accurate reference pics out there, so it was easy to get a good one to ensure maximum accuracy. Here he is relaxing and Being A Very Good Boy. Such A Good Boy! 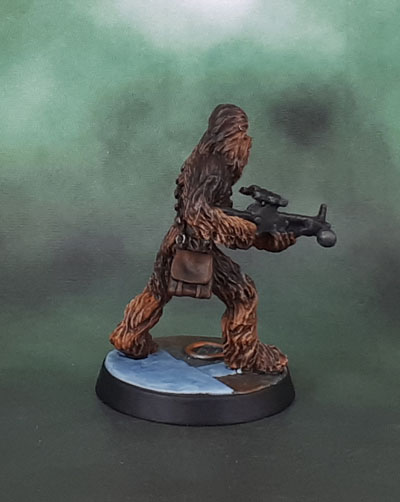 Jokes aside, it was important to check reference pics because while many of us may mentally picture Chewbacca as being one or two shades of brown – possibly through growing up with Hasbro or even Kenner Action figures – he’s actually got quite a distinct pattern with more variation in his fur colouration in most examples of the fursuit, though his hairstyle has changed from film to film slightly (Jedi, especially!) Since I wanted to do justice to the main Wookiee, I checked several references in order to get it reasonably right. 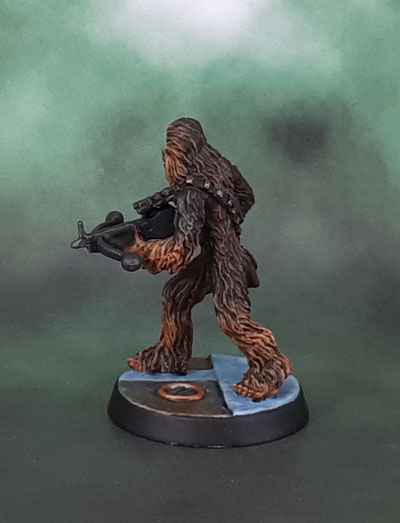 I actually started all of the latter four Wookiees after Gaarkhan at the same time, but the two nameless warriors were the first completed, so I could get a bit more practice in, then Chewie more than a week later, and finally Gaarkhan, just a couple of days ago. I changed the post order for the final two because, well, Chewie needs to be the big finish for any batch of Wookiees.

As requested by Faust, here’s an all-Wookiee (dance) par-tay. (Luckily I was going to do it anyway!) Wouldn’t want this lot kicking in your door, that’s for bloody sure! The heroes get indoor/spaceship themed bases, while the Warriors get something a bit more appropriate for the forests of Kashyyyk. As you can see, I’ve given them all distinctive fur colouration (coats?) while following the art for the game-original heroes and photos for Chewie, and natural-looking variation for the two nameless ones.

Back to Imperial Assault briefly now. Today’s model is Drokkatta, the Steampunk-looking Wookiee player character Grenadier from the Heart of the Empire expansion, which is next on our groups list (after we finally get the last two core campaign missions completed!) 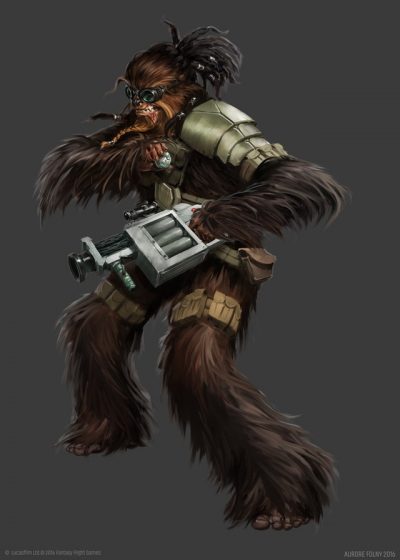 Drokkatta has darker fur than the other named Wookiees shown to date, and a kind of bundled dreadlock thing going with his …hair? Head-fur? So I attempted to reflect that while still maintaining some tonal variation.

Marouda will once again be playing the Wookiee when we start the next campaign, so she’ll have the role of Drokkatta, since for some reason she always wants to play as the Wookiee. That’s …fine. Doesn’t worry me. But it does mean that it gave me quite the bit of advance notice on which model to paint up, and so once again she’ll probably be the one with the painted model for most of the campaign before the other two PCs get painted up. I guess I can probably pick my own character sooner rather than later and get started on whoever that turns out to be…

Looks like Drokkatta is all about grenades and pouches. And pouches and grenades. It’ll be a fair bit different to the close combat monster that Gaarkhan was.

…and yes, I’ve touched up that messy bottom of the base rim since taking the photos. It was bothering me, too!