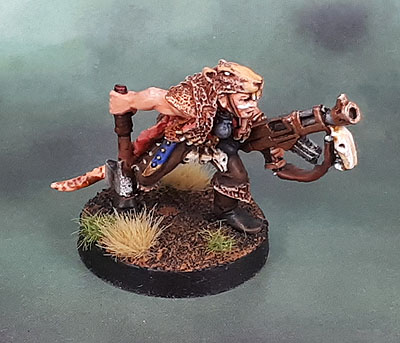 Necromunda Again? I swear, these posts are like Buses… When I finally found my Necromunda case recently (too late for Faust, sadly.. /pours a 40), one of the models within – along with those two Delaque) was my other Ratskin Scout. Clearly the other one from the single blister I’d have bought. Like his mate, he’d been part-painted for 20 years, so I finished him off. 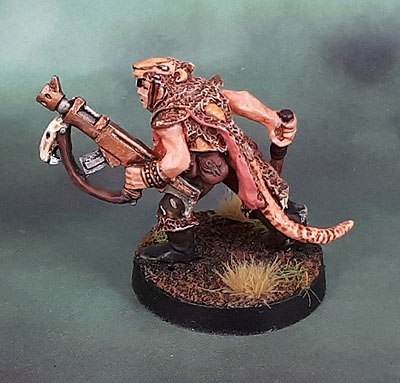 Pants and boots got a total repaint, skin got all of the work beyond the base coat, weapon was completed in the original coppery scheme. Not too much was needed, though – and the process was more a matter of making myself concentrate on it than enjoying it or disliking it. It was just a job to finish this one. Now he’s done, and I’m satisfied. So another small victory. 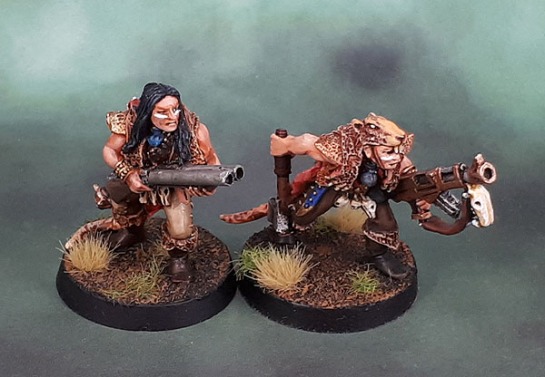 And here he is, alongside his little mate. I turns out that I did in fact buy the gang box. So there’ll be more Ratskins to come in the future. After I complete all the other half-done Necromunda models from the 1990’s, anyway!