Here’s a triad of Chronopia models, all from the Sons of Kronos faction. 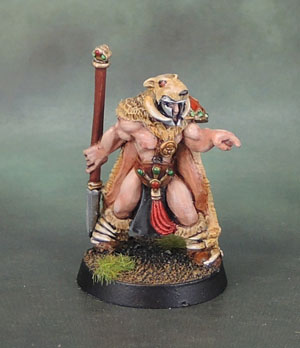 Another of the models I’ve recently completed was this guy – who some googling tell me is a Hunter from the Sons of Kronos range of models from the sadly-departed Chronopia game of the 1990’s. There were some real corkers amongst that range, but sadly at the time I didn’t have the funds to buy all of the models that I’d have liked to. I did pick up a few figures which I occasionally insert into the paint queue (sorry Chronopia Collectors – they’re not for sale!) 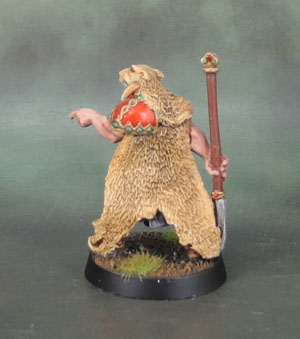 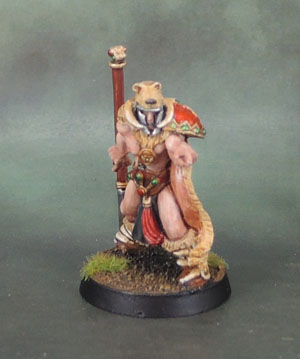 I started on this guy alongside the three Citadel F3 Barbarians that I completed earlier this year, but in the final run, the Citadel guys got completed while the Chronopia guy got put to one side temporarily. Now he’s reunited with his fellows.

Quite a few years ago in 2011 – the early days of this blog, I painted this pairing of Chronopia Kronos models – A Blade Maiden and a Barbarian(?) The photos from back then are a bit rubbish, so I’ve retaken them now alongside the Hunter, as these two are now being put together with their Kronos-buddy. The different skin tones really stand out amongst the two sets of models, though with 7 years between them, it should be no surprise!

Edit: Kev White (the sculptor) and following that, commentator Dreadaxe tell me that the Barbarian sculpt on the right were done for Harlequin Games (AKA Black Tree Design), and not Heartbreaker. In fact the model is still available today in a blister called “HM1058 Brabarian(sic) Fighters II“, alongside some other models I’ve never seen before. I’m not sure what the story is there, I could have sworn that I got that particular model in a Chronopia pack, but who knows how I got a single model 20 years ago? 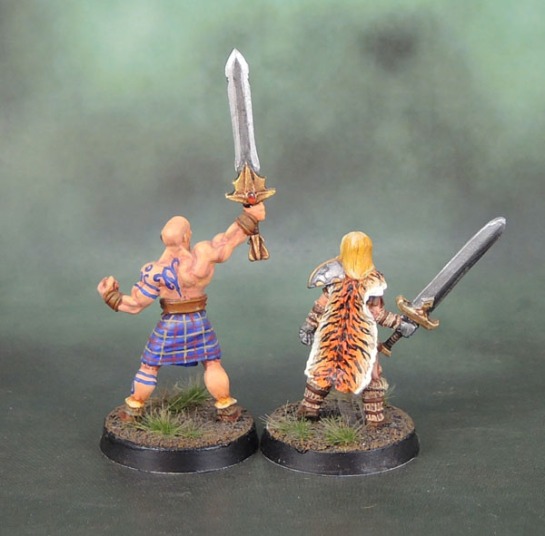 There’s a few other Chronopia figures to get painted and go in with them, along with odds and ends from a variety of other manufacturers like Avatars of War and Reaper, along with anything else that works, from the aforementioned GW models to Shieldwolf’s Shieldmaidens.

As well as the other Chronopia models, I’ve also reunited the Hunter with the trio of F3 barbarians that I started painting him alongside.

Combined, they work well enough together for my own little group of miniatures in that kinda-Conan-fantasy-Viking-ish-Barbarian genre. The Vallejo-Frazetta models that spawned everything from Games Workshop’s Chaos Marauders to Adrian Smith’s HATE. While I’ve got any number of plastic Chaos Marauders to paint (and a couple of boxes of Marauder Horsemen now – thanks Krautscientist!) Plus the Conan Kickstarter’s contents and possibly that HATE Kickstarter coming one day, I feel like I’ll keep the overtly-Chaotic models at least somewhat separate from the more Cimmerian-looking models much of the time.