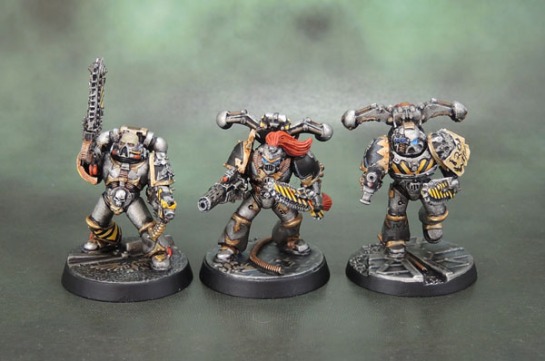 This past week I finally finished off another three Iron Warriors. Both rebasing them on the new Sector Imperialis 32mm bases from their old 25mm ones and actually completing their paint – started well over a decade ago. Yes, I paint slow, but they’ve also spent a goodly time put away in boxes before I decided to revive the project last year. 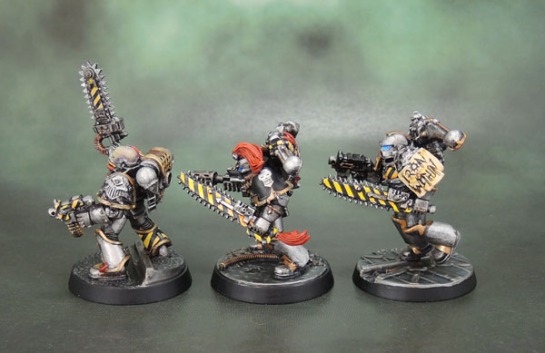 Two of these models feature arm replacements. The “champion” has a Necromunda Pit Slave chainsaw arm, along with a 90’s-era metal Iron Warriors Shoulderpad. The central warrior has a Melta Gun arm that’s taken from a manufacturer of not-40k miniatures, again from the 1990s. It came from one of their Not-Orks, later renamed “Org” and changed to a not-at-all-Ork-based organised crime kind of faction after GW sent them one of their nasty lawyer letters. Because GW owns the concept of Orcs in space. Apparently. They had a game which from memory actually had decent rules. If I ever remember their name, I’ll edit it in. Anyway, the Melta Gun arm looked great, and it found its way onto one of my Iron Warriors, a squad with a large number of obvious cybernetic implants and limb replacements. Once again, I’ve added “IV” decals to the models, to represent their still-present pride in being members of the IV Legion. 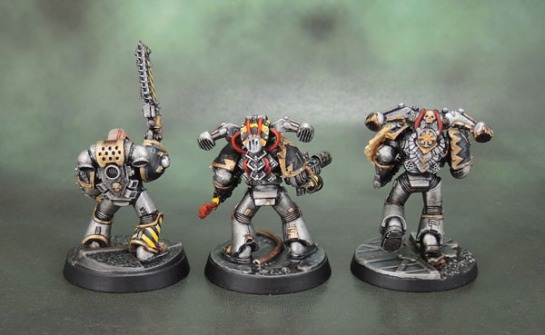 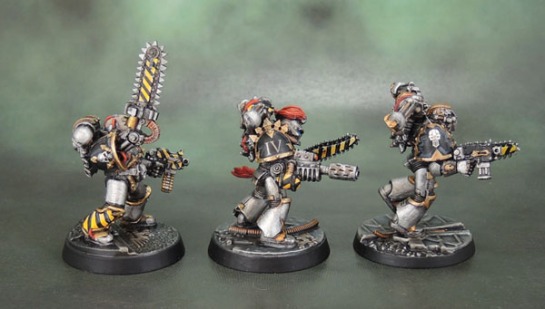 The third Iron Warrior comes with a not-so-subtle message for any who he may encounter. The chainsword’s hazard stripes look terrible when blown up to this size, but at their actual size they look completely fine. 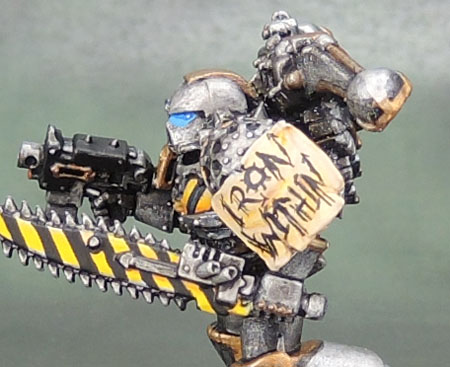 I’ve got another five of this squad on my paint desk at present to complete, along with another four including a Warsmith in the cabinet waiting to be moved out. Following that I have an old Forge World Castraferrum Dreadnought and Vindicator to find and fix up – both purchased many years ago before the FW kit was replaced with the Citadel kit. Then I can move onto newer purchases, newer models and newer plans for my Iron Warriors.

Iron Within! Iron Without!