Following on from those dreadful greenskins, we have a pair of heroic dwarves. This time, another duo from the Stonehaven Miniatures Dwarf Kickstarter. These are the Dwarf Fighter (Female) and Dwarf Paladin (Male) – though let’s face it – either of the pair could fill either role. 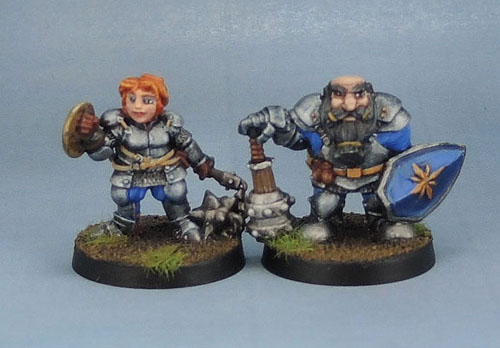 As I’ve noted before, these aren’t the very best dwarf sculpts on the market, though they do fill in a nice alternative source of non-standard and RPG-ish dwarves with a solid old-school charm to them, along with enough character to endear them. 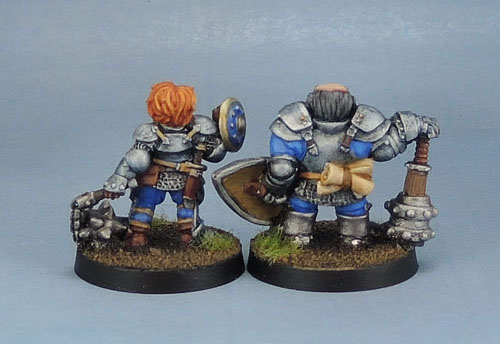 I’ve painted the pair of them with a touch of blue in their armour and similar enough blue cloth so that they can fit in with the Dwarves I’ve been painting for the KoW army. They also make a decent enough pair for any other RPG or adventure game. I kind of get a father-daughter vibe from the pair of them. The headstrong young dwarf woman and her grumpy old man father. Both quite adept in caving in the heads of greenskins. 😉