A several day break and then more Shadows of Brimstone models! Am I trying to tank my blog’s views? Half-jokes aside, once again these aren’t good models. The good old “easy wins” motivation based on them being quite simple looking on sprue, plus the chance to try out the Contrast Paints in a much more involved way got these going. I went with the three different coloured coats for the dual purposes of variaton, as well as (3) grunts, (2) elites, (1) leader should that kind of breakdown ever be needed. I left dark red available in case I have the resin “hero” figure somewhere in the mess of a Kickstarter delivery that this game had. 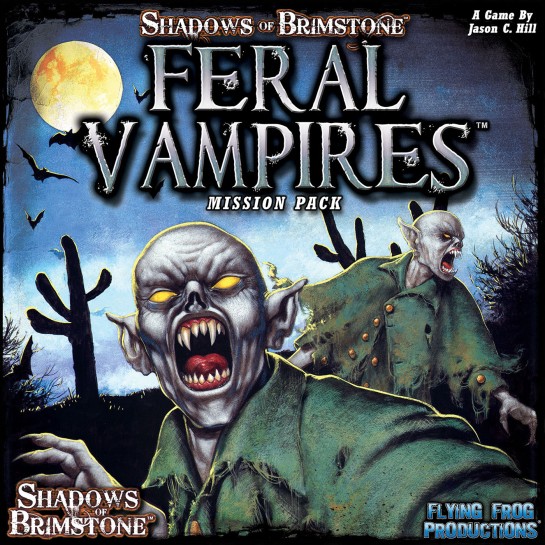 The official package (which I didn’t get – because Kickstarter) artwork quality is straight from RPG sourcebooks circa 1992.

Painting was pretty simple. They were all sprayed Grey Seer and I basecoated the coats in Contrast Dark Angels Green, Ultramarines Blue and.. um.. one of the browns. Gore-Grunta Fur maybe? Unfortunately, it looked …a bit shit. So I gave all three types some drybrushing to add some nice nuance to the colour and then a wash to finish. Yes, Contrast by itself wasn’t good enough for these shitty models. To be fair, I blame the sculpts as much as the paint. Thinned (with Medium) purple for their heads, snakebite leather over a yellow-white for the nails and teeth, and some Blood Angels Red for their mouths and the blood effects there – which was originally a bit of slop on the first couple that I intended to overpaint, before I decided to keep it and go with it on the rest. That’s pretty much it. 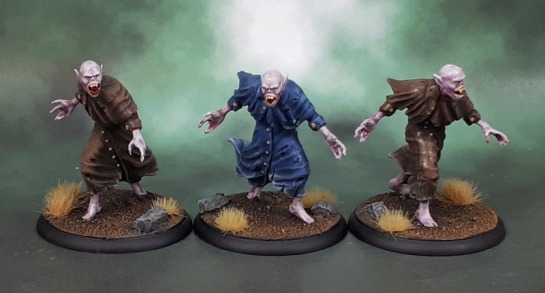 So what did the Contrast paint add to the process of painting these models? Well, I guess motivation was a big part. They’re pretty mediocre models, so the idea of spending normal amounts of time painting them in the normal manner did not appeal at all, while simpletown Contrast painting did. Could I have gotten pretty much the same effect if I’d used traditional paints on these, as well as thinning my Army Painter Purple wash for the skin? Yeah, pretty much, although a bunch of their native shading is still quite evident on these models. On these, though – the Contrast Paints special powers are pretty negligible because I wasn’t satisfied with how they came out. 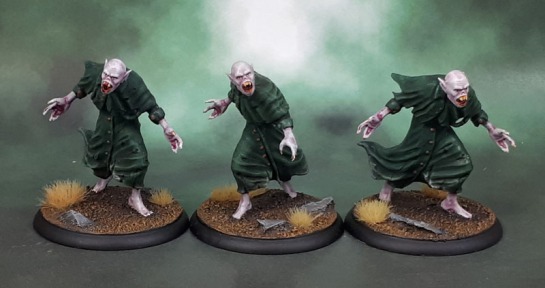 But that’s really what I’m working out here. I’ve painted for over thirty years using basically the same methods, or more accurately, building on the same methods I learned as a kid/teen. Now these new paints have come along – and despite what too many people with more mouth than experience will tell you (especially on places like Dakka) – are not exactly the same as painting with washes or Les Bursley’s custom washes. They have similarities for sure, but they are different, and because I don’t have my head up my arsehole – I see a new set of tools and am figuring out how to use them and where and how they fit in my workflow.

Aside from “dedicated” models like these, I do find them really useful for small spot-points of shading, as they’re denser than traditional washes but more translucent than paint washes, and I’m finding that a lot of them are getting regular use in that manner.

As for these models? In the end, I have six more not-good-but-not-terrible completed models for the boardgame and any other use that might come up on the tabletop. Now to prep another little batch of nonsensical Brimstone models for the next lot…