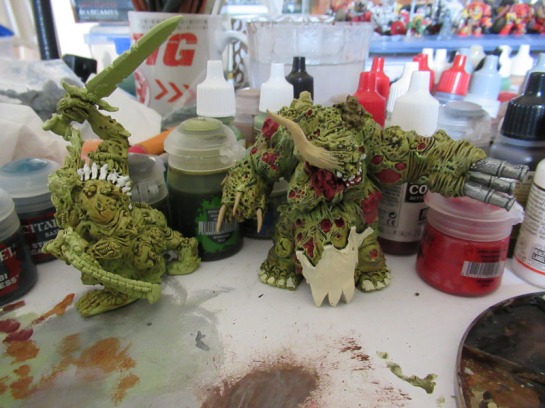 Sorry about the lack of updates. I’ve got shit happening IRL of pretty much the worst kind. I’m also not keeping up on other people’s blogs properly, nor am I much good at replying. I’m just dropping in and out almost randomly depending on how I feel at that exact moment on both reading and commenting. I’ll talk about the situation later, but for the time being, I’m trying to stay sane by working a lot and doing a little bit of painting. 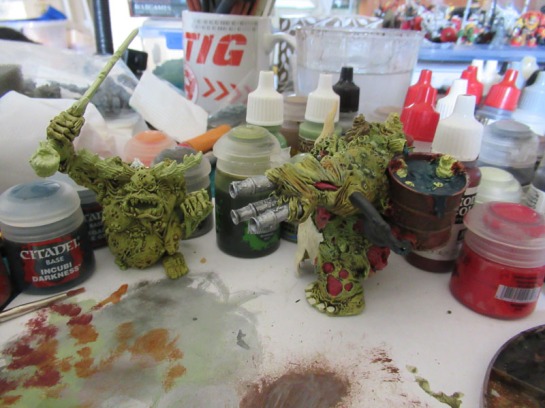 Working on Mamon Transfigured from Forge World, and a little on the metal GUO. 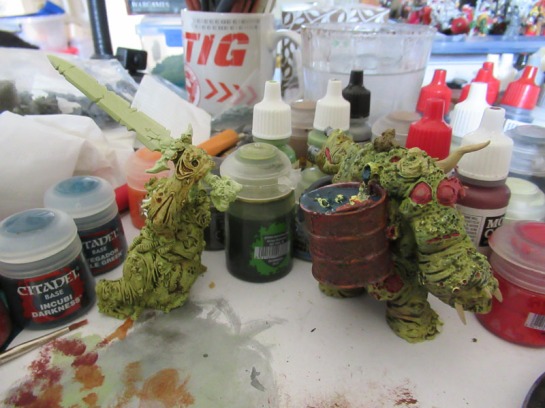 I’m not especially happy with the rusted barrel. It looks too much like a red barrel rather than a rusted one. I’m aware that the WIP lighting is kinda shitty, though – so you can’t see it properly. I’ll see how it looks once more of the daemon is done, and tweak from there.

Others doing the Painting Decembuary thing are: 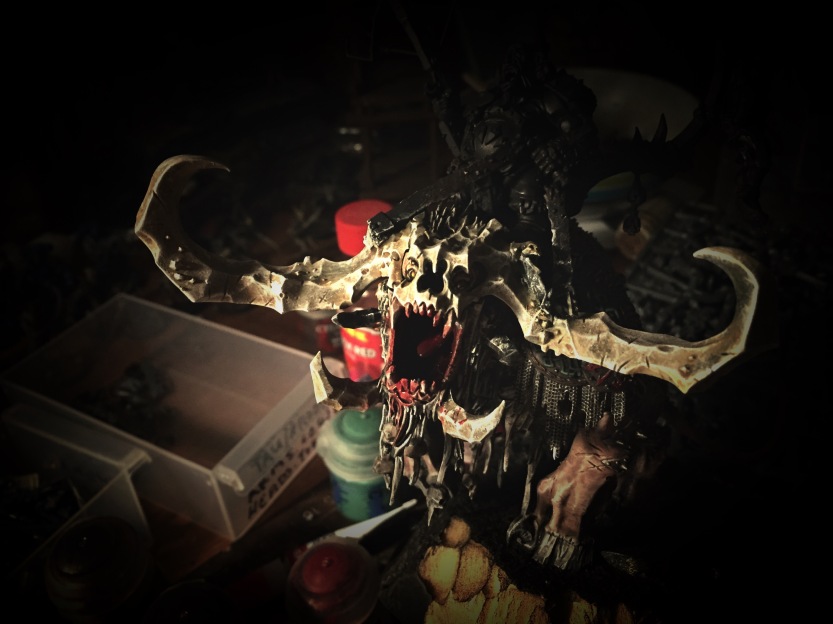 Zergsmasher on Dakka is painting Mortarion. 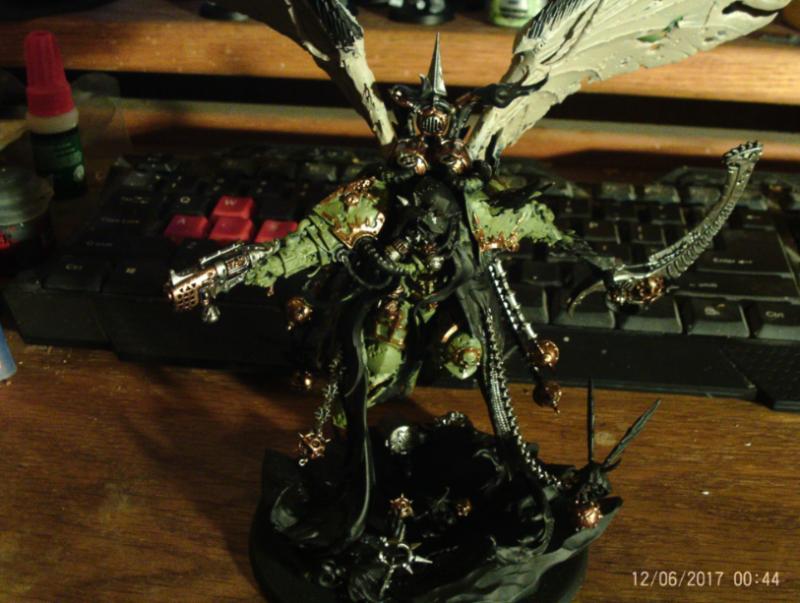 We’ve had a few other people (both on WordPress and Dakka) pledge to start, though IRO and Zerg are the only ones I know of that have started posting so far. I’ll include people’s updates in the above form when I do new Decembuary posts.