One of the hardest parts about these challenges is coming up with (semi) interesting concepts, rather than just cycling through Units/Neglected/Something else each month. Well, that and doing round-up posts. 😛

Now December brings us Christmas, and so with both of these things in mind, I’ve decided to do something slightly different. It’s time to find a miniature (or a few) that you’ve really wanted to paint – or get finished. Now they could be a model you’ve had for decades and still not gotten around to painting. It could be a brand new release. It could be a model that’s been out for four years that you just finally picked up.

I’d count something like this for myself. Because whenever I saw it sitting around, I WANTED to paint it!

So yes, it’s basically a “finish anything you want” type month, though the onus is on you to be honest. I mean, I’ve got a unit of shitty plastic dwarves I’ve been wanting to finish for awhile – but that’s because I want to get them done and out of the way. They’re not models that inspire me, so they really don’t count at all.

To paraphrase Marie Kondo, we’re looking for a model (or models) that “Spark Joy” when you see it/them. 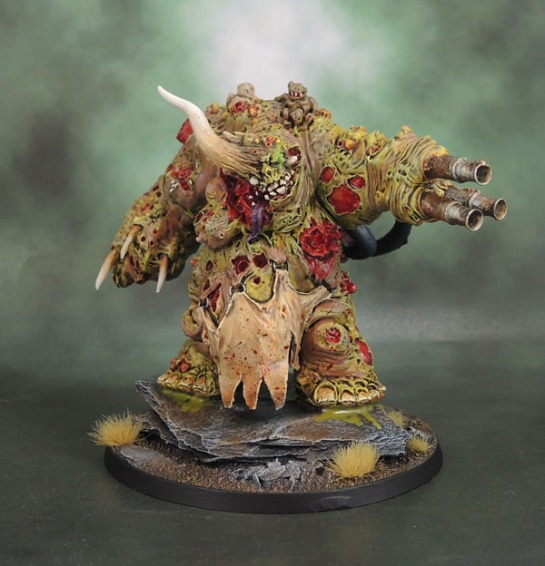 This one fit the bill for me…

Here’s some that don’t qualify (again, for me) – examples of things that I need to finish that don’t “Spark Joy” to me: (doesn’t mean I dislike them at all, but they don’t give me that little burst of excitement/enthusiasm endorphins when I look at them).

Hopefully this helps to illustrate what December’s challenge is about. Think of it as finishing model(s) that will serve as a Christmas present to yourself!