Another of the Reaper Bones Golems that I started painting up an age ago that I’ve finally finished off. I think I actually picked the three of them – the others being the Stone Golem and the Battleguard Golem out at the same time, thinking that I’d do them all at the same time. According to the timestamp of the Battleguard Golem’s post that was back in August-September 2013. So, um.. yeah.

So…  what actually is a Clay Golem, anyway? Some bloody D&D/Pathfinder/etc thing, obviously. But what should it look like? Certainly when I looked at the miniature it didn’t match my mental image that the name “Clay Golem” conjured up. I imagine something far rougher, earthier, and less steroid-laden. So I turned to google for inspiration. As it happened, I found my inspiration on the Reaper Miniature forums, with this figure by Metalchaos. He (or she!) turned out a very nice looking figure, with a bit of conversion and a nice base. Since I’m mostly a D&D/Pathfinder ignoramus, I had to look up what a Carnage Demon actually is, and after a brief look, thought “good enough” and got started. I wasn’t planning to rip MC’s base off, since I’m too lazy and generally prefer more generic bases for my gaming models. I was planning to rip off the horns, though. And that’s why this figure stopped in limbo for 16-odd months. 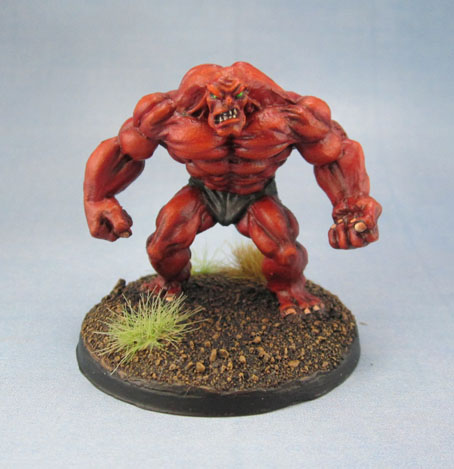 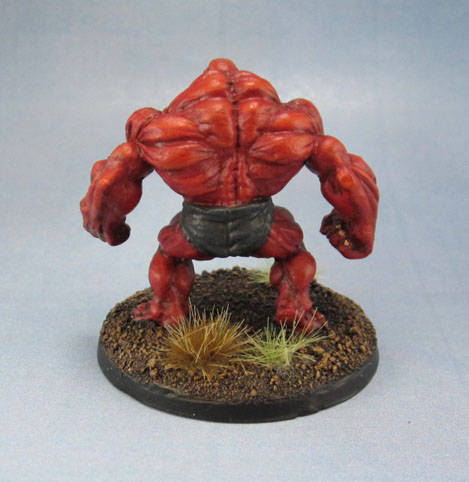 Fastforward to a few weeks ago, and my current attempt to clean up my painting desk by finishing stuff that’s taking up space (instead of filing it away for years!) and I spied this little bastard. Down he came from the half-finished shelf, I went through the google images pics again, decided that horns are an optional extra, and finished him off. Finished, based, done, job’s a good-enough’un. Especially for something that will probably never get used for anything. 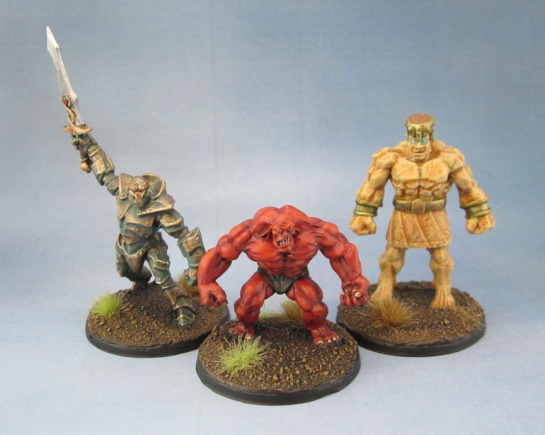 Here’s the Bones Golem Triptych that I’ve painted so far. It’s just occurred to me that I painted the Battleguard (Iron) Golem as bronze, the Clay Golem as red (demonic) flesh, and the Stone Golem as sandstone. So much for grey tones!