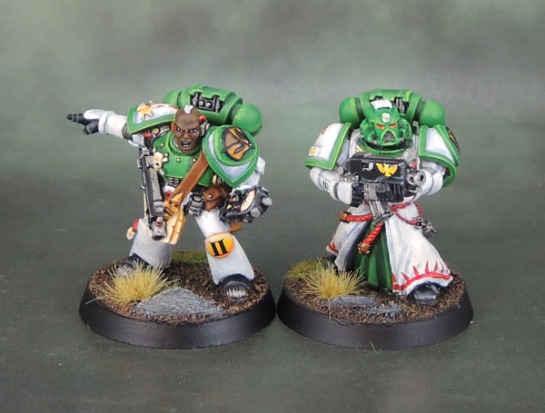 Here’s the next pair of models that go with Tactical Squad III. The Sergeant and the Corporal. The sergeant is the metal model that originally came with (from memory) either a boxed tactical or Devastator squad in early 3rd edition. I’m thinking it was probably a Dev squad since they came with metal arms and backpacks for their heavy weapons, so a metal model for the Sergeant makes more sense, while a Tactical Squad of the time could very easily be all-plastic. 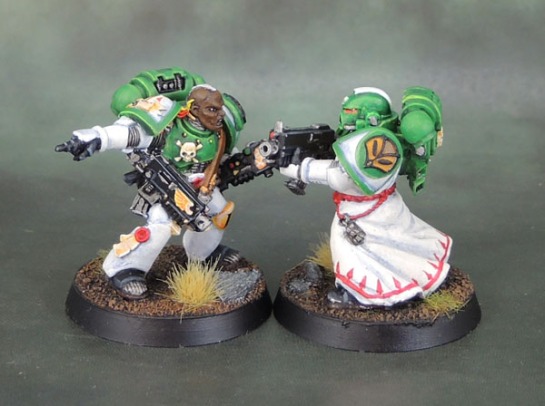 His offsider here is one of the “robed marines” which were the first incarnation of the Robed models pushed out for Dark Angels – again in 3rd edition, based on the plastics of the time with sculpted details simply added on top before casting in metal. I originally envisioned this guy as the Sergeant for Tactical Squad I, which at the time would have been the veterans. They had a slightly higher statline, but not much else – they certainly didn’t have the gear of modern Vanguard or Sternguard. Obviously this guy doesn’t fit into either of these categories, so I changed his squad designation marking from I to III, repainted his helm from white to green, and now he’ll work fine as a 2ic for the standard tactical squad. 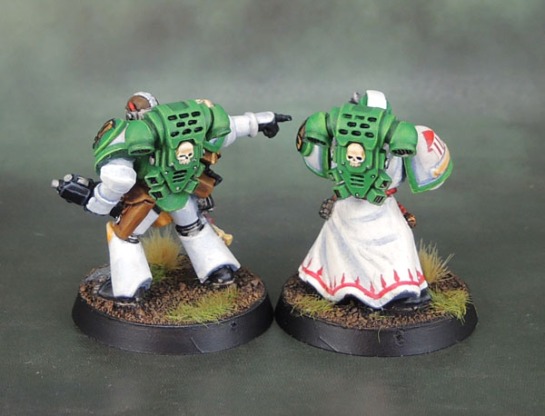 Even today, I’m quite happy with the freehand pattern I added to his robe. It keeps it from being too plain, 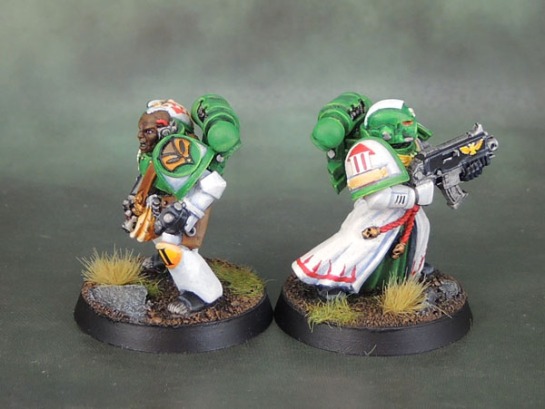 On some of the older models with metal shoulders, the 3d-printed icons can be a little big.  Still works well, though but it does illustrate the variation, shrinkage and warpage that you get with metal models at times. 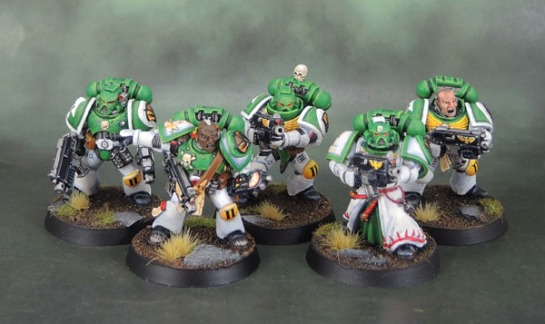