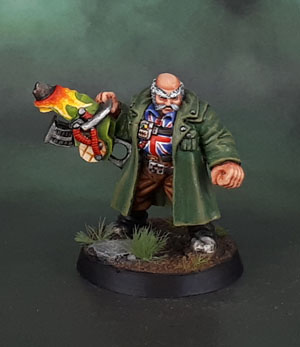 Today we have another figure from my archives that just needed a small amount of touching up (and rebasing) to be restored and good enough for the 2018 table. The Warzone hero, Jake Kramer. For those familiar with Warzone, and especially first edition, you may recall that Jake is a hero from the Capitol faction, which is the U.S.A.-themed one. The more observant of you will probably have noticed the great big Union Flag taking up most of Jake’s shirt, under his jacket. I can’t recall the exact reasoning behind this, though it would safely have been one of two reasons: 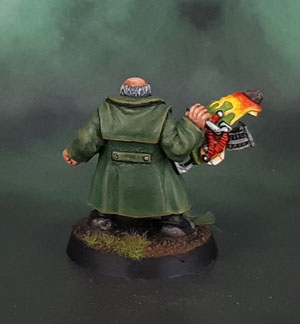 For those people interested in picking up this figure (I get quite a few messages when I post WarZone models asking me if I want to sell anything) – this guy is still available from Prince August for just a few Eurobucks.