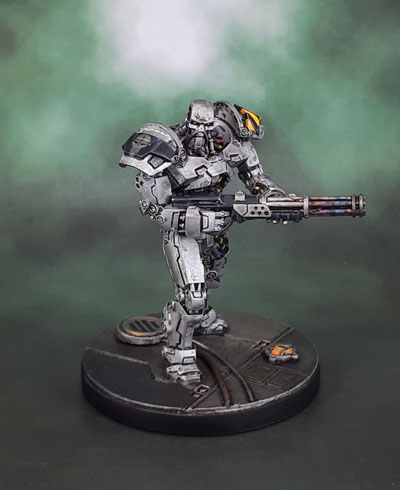 Now, before anyone accused me of supporting Prodos, I picked up a bunch of WarZone models cheap on clearance from Firestorm Games in May last year with an eye of using them in some form with my Iron Warriors. I almost went in on their Kickstarter, but due to some unclear stuff in their pledge manager, I missed the deadline and saved myself a ton of money and missed out on some awesome models as well as what was apparently an absolute nightmare clusterfuck of “fulfilment”. They went on to make an even worse mess of the Aliens vs Predator Kickstarter, and now moved almost all of their assets to a couple of other companies in a (probably deliberately) confusing mess and are continuing to dodgily launch new projects that they may or may not own any rights to or have any intention of fulfilling. 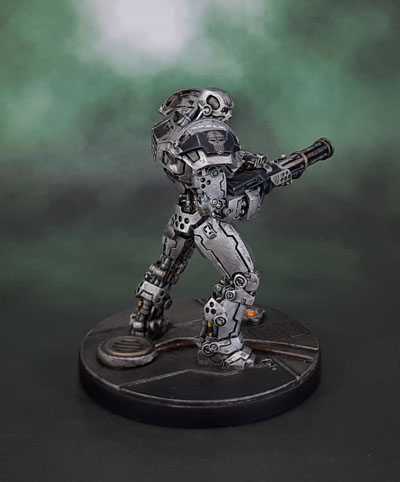 Anyway, they did/do make rather nice models, and I picked up a few of them on clearance for incorporation into various 40k-related projects. As much as I enjoyed 1st edition WarZone, I doubt I’ll ever really have the proper opportunity to play it again. I barely get to play anything at all these days, after all! So with that in mind, the Atilla got a proper “Iron Warriors” paint scheme, which admittedly does risk being mistaken for a Necron in some ways, so a big hazard-striped shoulder was pretty much mandatory. I left the hazard striping at that, since I didn’t want to overdo it on the model, though there are also some echoes in some of the exposed cabling. 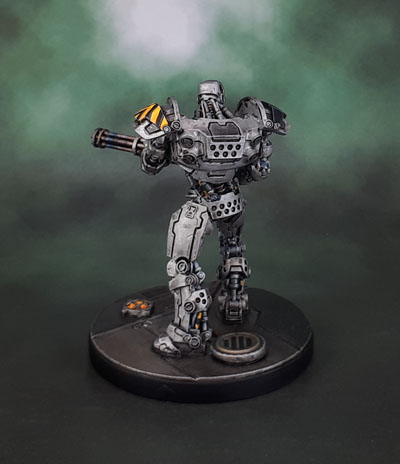 I actually started this model… a long time ago. Maybe it was last year? I can’t honestly recall at this stage. I’d mounted it onto and painted most of the base, as well as having done the base silver and some of the wash work. I’d hoped to complete it for Mechanical November, but that didn’t work out, so I managed to spend some time getting it completed this past weekend. 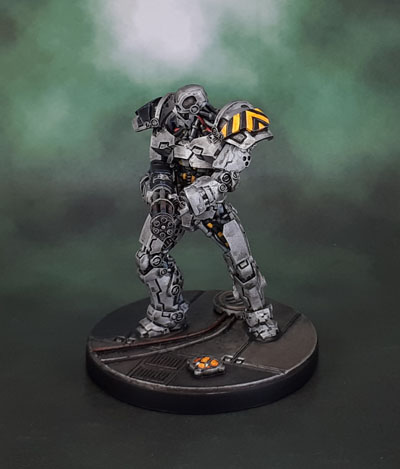 The face hasn’t come out all that well in the photographs, and the black wash looks messier than it does in person, but thems are the breaks with miniature photography and figures being blown up to many times their size (excepting you phone browsers out there!) I’ve also got a trio of Enhanced Machinators which were started alongside this guy that may or may not get finished anytime soon. I’ll (hopefully) get a unit or two worth of models done in December, but I really want to focus on getting some more impressive pieces and heroes done. 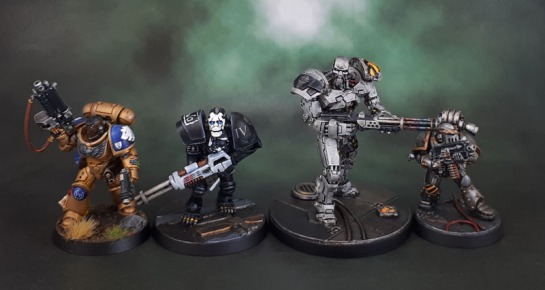 Here’s a size comparison pic – showing the new Atilla alongside the original model as well as a Primaris Space Marine and a regular Space Marine. Definitely bigger than he first appears!

Not sure which rules/profile I’d use for him at the moment. Perhaps the rules for UR-025 from Blackstone Fortress in friendly games? He towers over that particular model as well!