With it being the Easter Weekend, I have a little bit more time to both paint models and write up some posts in advance, so today I present to you another quick prepainted terrain review – the “Island Huts” set from Gale Force Nine/Battlefield in a Box, which I have seen suggested for use in the Pacific Theatre for WWII as well and actually repackaged with a different product code for Battlefront’s ‘Nam miniatures game.

Just like that. If we’re being real, based on the product codes, it looks like they were actually originally released for the ‘Nam game and then repackaged for Flames of War Pacific. If theres one thing I’ve learned, it’s that Battlefront certainly doesn’t shy away from repackaging the same items multiple times with different SKUs and (perhaps) different decals. A huge number of my British 8th Army tanks were purchased as Soviet Lend-Lease kits, simply because the “Soviet” tanks were a fraction of the price of the British or US-boxed versions. Purchase some spare decals, and you’re golden!

This set comes with pretty good protective packaging. Inside the cardboard box, you get another cardboard box.

Once you open it up, you see the cardboard box inner flaps actually serve to keep the two buildings from bashing into one another, and the roof sections inverted and protected by some bubble wrap. It’s also nice to see Battlefront moving away from the use of polystyrene packaging and into the mroe recyclable cardboard – and most importantly – doing so in a manner that doesn’t compromise keeping the product inside safe in transit from factory to the consumer.

The painting on these is completely fit for purpose, and it’s not too bad at all with a wash and drybrush clearly used on both the walls and their details as well as on the roof sections. It’s simple but effective. As always, the biggest benefit of these is “Open box, put on table. Done!” In that, I really see zero problems.

Inside, we can see the interiors have painted floors, though the inside walls and doors, etc are just left in plain black – you know I’ll have something to say about that in a future post! You can fit two regular infantry stands inside as well.

And finally, a shot to show them scaled next to some infantry as well as a Panzer IV tank. 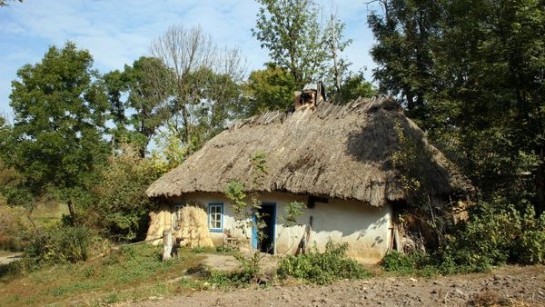 As always, I purchased this set (two of them, actually) from a retailer with my own moneys and have no incentive to say anything good, bad or ugly about them. My opinion of them is that they’re actually pretty good. I don’t intend to use them in the Pacific or ‘Nam, but instead these will be used in my Flames of War games (and eventually, Team Yankee/World War III moderns) as European Thatched Roof buildings, because amazingly, simple thatched roof buildings are something found pretty much worldwide. 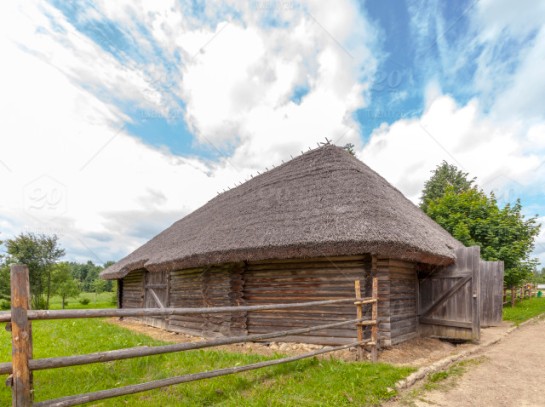 While the doors and windows on these models appear to be made of something resembling bamboo if you look up and reeeeal close, there’s also no reason that these couldn’t simply be simple thatched shutters and door coverings in a European building. I think they’ll work well as either rustic rural homes or as aditional buildings on a farm-type property.

Given the intent of this review, which is to provide some images and simple thoughts on a set that I was unable to find any information on online aside from box pics, I’m not going to “score” the set. and while it wasn’t exactly cheap, even compared to GW’s plastic offerings, I’m happy enough with this one, even despire the black interior. As always with these things – with a small amount of effort these buildings could be made to look a fair bit better. 😉

I purchased two sets myself from an online retailer as they were discounted by 20% and I thought they could be used in a much more generic way in a European setting. After repainting them, I’m actually tempted to pick up a couple more sets…