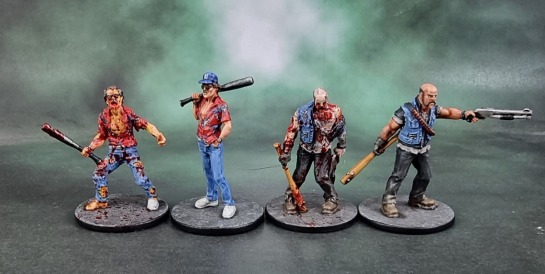 Today I have a mix – one model left over from February (Mitch) alongside my first completed model from April (Magnum/Frank). I held off on posting Mitch as I do prefer to get my Zombicide models up in pairs (or trios) and so with all of the Femmes in February and Monsters in March, poor old Tom got pushed to the side for awhile. 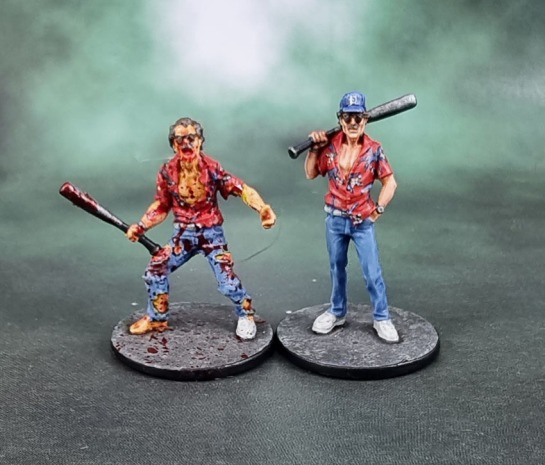 Once again, the first of these two characters is another from Zombicide’s rather extensive range of “homage” models. I know I’ve already mentioned it in the post title, but I wonder how obvious it would be to persons of a certain vintage even without it in the title? 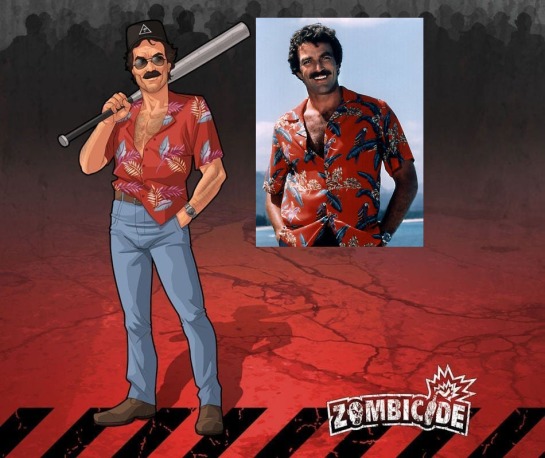 You can pretty easily see where they got the inspiration for on old “Frank” here. As such, I looked up various photos of Magnum and so went with the light/white shoes and belt, as well as his Iconic Detroit Tigers baseball cap. 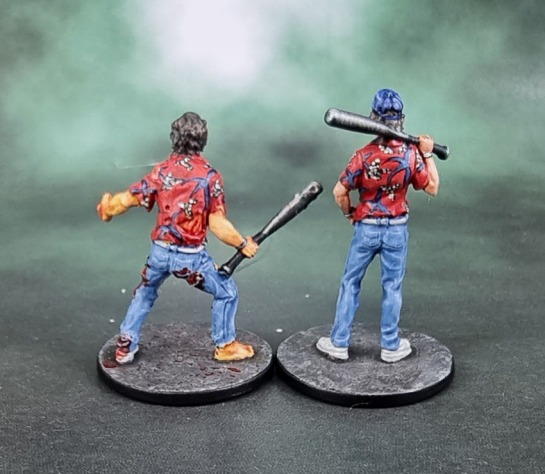 The shirt was the main reason it took so long to get Magnum painted. I reeeeally wasn’t looking forward to painting the pattern on his Hawaiian shirt, let alone doing it twice and needing to match it. Hence, it took a clear bit of time last weekend and the space to just use a “knuckle down” mentality to get it done. 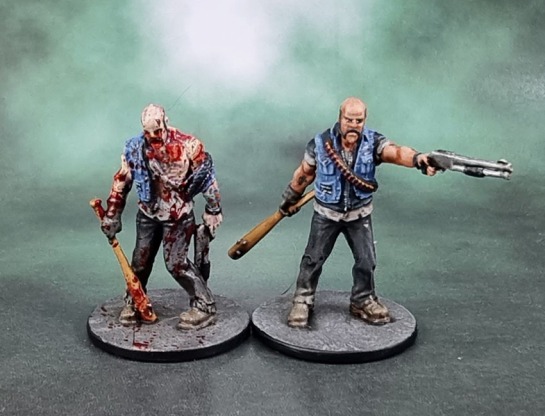 Mitch is a decent little model with a pretty obvious “biker” vibe, though he suffered severely from a bent noodle shotgun, due to the softness of the PVC that the model is made from as well as the pose, having it right out in front of him. I reset it pretty easily with hot water, but I do expect it to re-bend again pretty easily. Mitch’s tattoos from the artwork weren’t terrible to try to emulate, but, as always I tend not to enjoy repeating them on his zombvivor counterpart all that much. 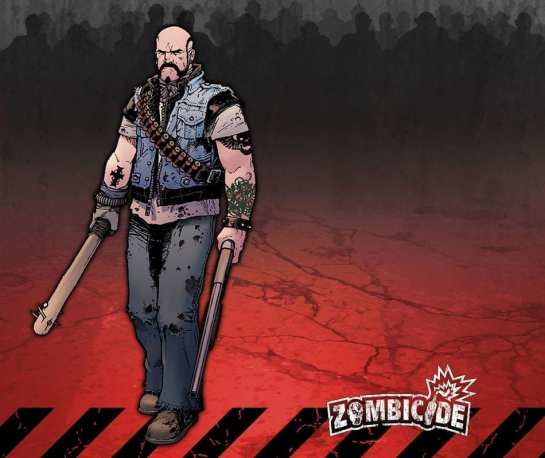 Just thought I’d add in the artwork for Mitch here as well. I pretty much followed it and did my best to emulate the tattoos on the models. 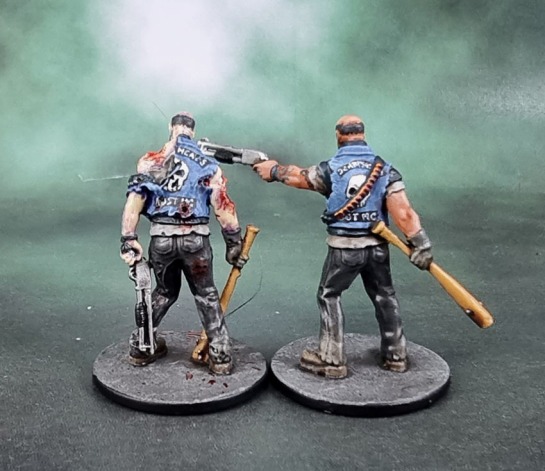 As a little nod to GTA, I decided to paint Mitch as a member of The Lost M.C., which I added to his cutoffs. I may have to go back over his pants with some matte varnish as well.

In my last post about Reaper’s Horace “Action” Jackson, commentator Phil Curran mentioned that he found the the model to be terribly out of scale, so I thought I’d check for myself against these two Zombicide Survivors as well as our old standby, Berkeley. He’s certainly chunkier than the Zombicide models, though they’re very much in a truescale proportion, but height-wise he fits right in. And standing next to Berkeley, he’s totally fine. So I guess it depends on which models you’d be using it alongside, as is often the case with different ranges.

Hopefully I can get all of April’s stuff photographed together tomorrow for my round-up post, and then I can get straight into posting May’s other completed work…

And that, my friends – is that!