So, due to work being a nightmare as noted, I haven’t had time to update on this at all. 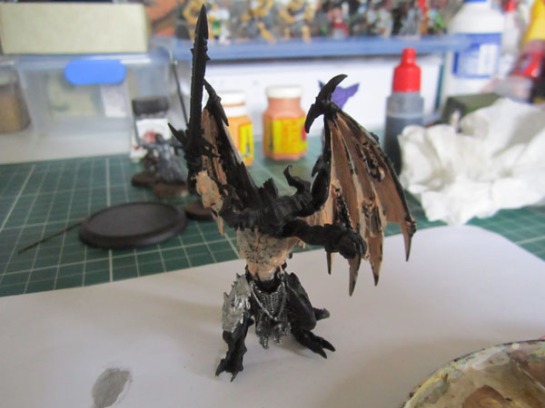 My original plan was to have the desk cleaned up, and everything assembled and ready for painting as of December 4th. Well, it didn’t quite work out that way. As of late last night, I managed to clean off the desk, though not reorganise it properly. I had Be’lakor assembled and primed black. The Talos is a plastic zip-lock baggie full of resin and the Giant is partly-assembled, and in its original box. 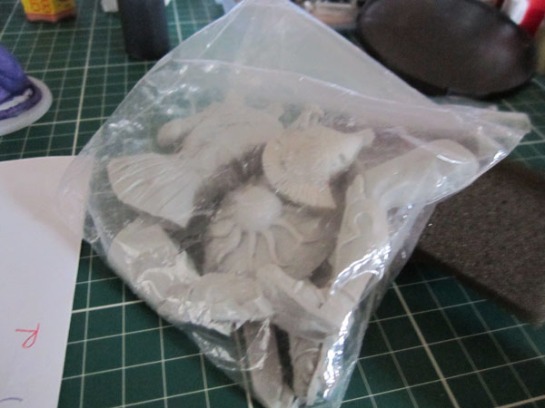 I’ve just started to slop the first bits of paint onto Be’lakor, and I’ll have to get cracking on assembly for the others.

I’ve got some other odds and ends that I finished earlier in the year and just before work blew up, so I’ll post those shortly. As well as continued WIP on the Sugar Skull and Jinx. And of course, WIP on these guys.