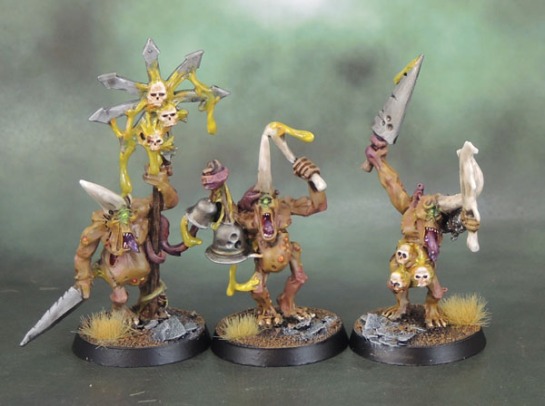 Ok, we’ll go with the second one first, because a lot of you are probably thinking something along the lines of “What the actual fuck?” I’ll explain:

Since my father’s been in hospital a lot recently, and we’ve had to be constantly calling the place and visiting him daily when he’s in there and now rather frequently that he’s out, I (rather unsurprisingly) haven’t been able to concentrate fully on things like painting models or actively blogging. So over the last few weeks I’ve been working a lot more on simpler things, like terrain (Feb challenge, at least) rather than more intricate models for the most part, that would fit into things like Fembruary, Squaduary, or Alex’ AoS Tale-of-Gamers thingy. (Though I’m getting close on some of those, finally!) 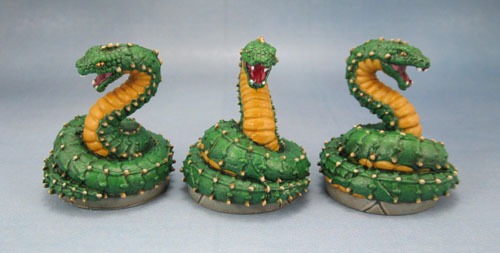 So one of the things I’ve been working on have been the Werewolves from Shadows of Brimstone. While working on them, I considered submitting them for the Fembruary challenge, since they’re gender-ambiguous if you actually look at these models (no bulging pecs, nor any wolf-cleavage) Of course, “female werewolves” in this hobby typically look like the female Wolfen from Confrontation, since a lot of people need those visual markers (wolf boobies!) and everything else they just assume to be male. Since my similar submission of some Plaguebearers last year wasn’t exactly considered fully kosher, I put the idea aside. 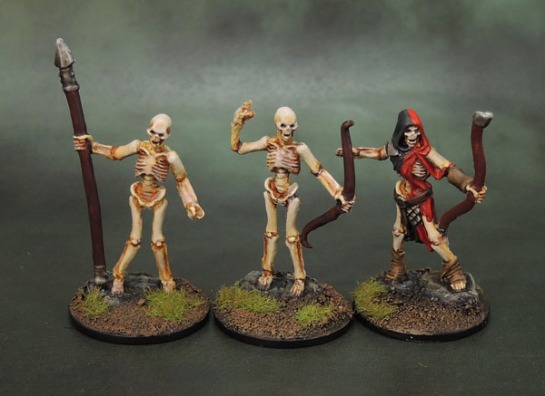 Then, a little over a week ago, I was painting more of the werewolves, and also noticed that I was also working on some other simple figures – some beavers, some droids and some mummies. I then realised that these models all share one similarity. They’re all effectively gender-ambiguous or genderless. After all, women were also mummified back in the day, so I don’t think the lack of boobs or long flowing hair on these emaciated undead figures means much. The werewolves? Well, there’s no visible “coin purse” located on the back end of them. Beavers? They’re small furry critters. Droids? Well… robots. 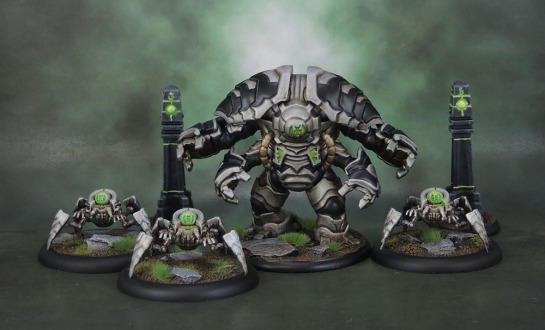 I mean, theoretically, these could all be submitted for “Fembruary” (well, perhaps not the droids). Though that might be taking that point a bit too far. But then I got to thinking….

We’ve had dual-mode months so far for January and February. Why not add in March as well? My planned challenge was for squads – Squad: March!, as we had last year. Why not throw in a second option as well for these models? What with all of the backlash about female models lately – why not do a little something that makes people question their perceptions that almost all of their models are male? 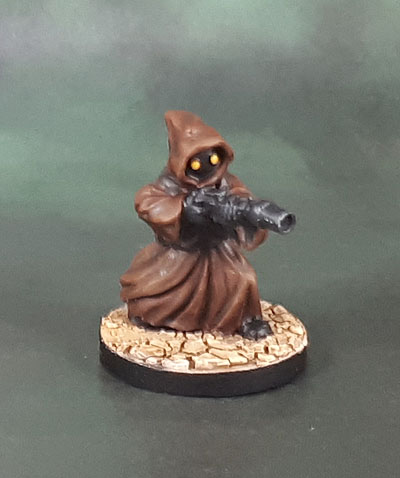 So – aside from Squads, this month is also for models that have an unknown gender, an ambiguous gender, an asexual gender, models that are androgynous, or those with no gender. 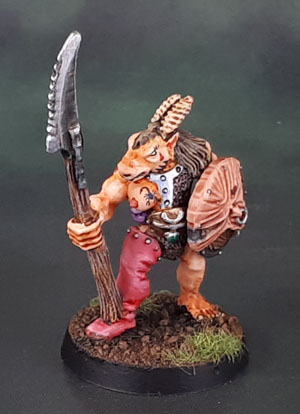 But.. “What kind of model qualifies for this?”, I hear almost no-one ask. I’m glad that you asked!
Well, to start with, forget any ideas about it only being about Daemonettes and champions of Slaanesh, because while they do qualify, they’re also the low-hanging fruit of this exercise. 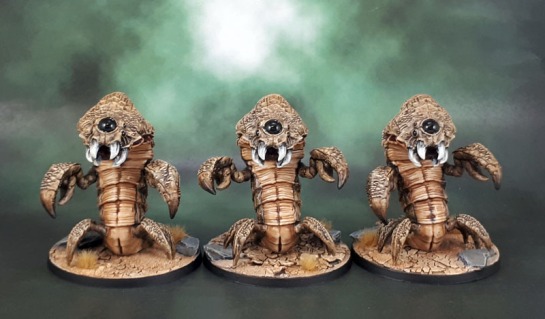 Just look at the models that you might have in your collection, take out the ones that are obviously male, and then take a look at the ones that people just usually assume are male. Heavily-armoured and especially the closed-helmeted models, both fantasy and sci-fi, but particularly the sci-fi ones. Could there be a dude OR a chick in there? Then that works. 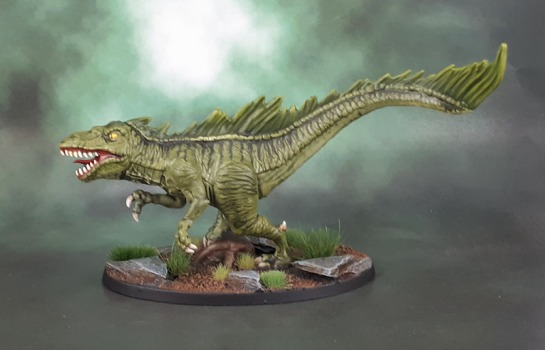 Let’s turn for a moment towards animals. Now some (like lions) will have obvious physical markers, and some models might have a sculpted scrotum. Others (especially horses, but also cats and dogs and such) could be either. Take this to the next tier, and all manner of fantasy creatures, mounts and monsters could be either.

Now I’m going to go Warhammer for a minute and look at some specifics there:
Daemons – aside from Slaanesh – is that Plaguebearer a boy or a girl? What about that Pink Horror? Of course, some are distinctly “male” in their daemonic physiology – such as various Bloodthisters and Bloodletters and Lords of Change through the years, but then the point here is to think about the Fleshhounds and the Beasts and the Juggernauts. You might consider some could be male or female, and others might be completely genderless. 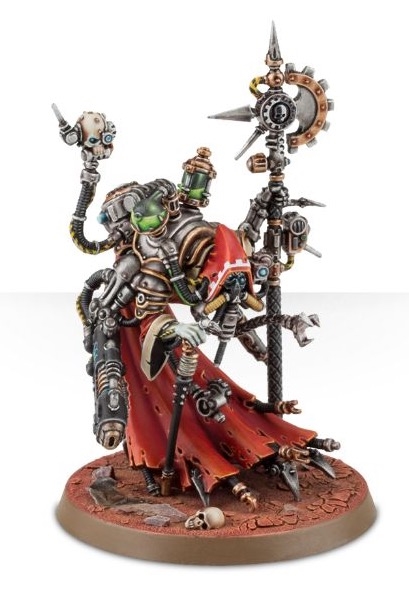 Hot Dude or Sexy Babe under those robes? Your guess is as good as mine! (but probably neither hot or sexy!)

The Adeptus Mechanicus as pretty much an entire faction – Priests & Magi of all tiers, Skitarii, Sicarians, Securarii, Secutors – not to mention the actual battle-servitors or robots! 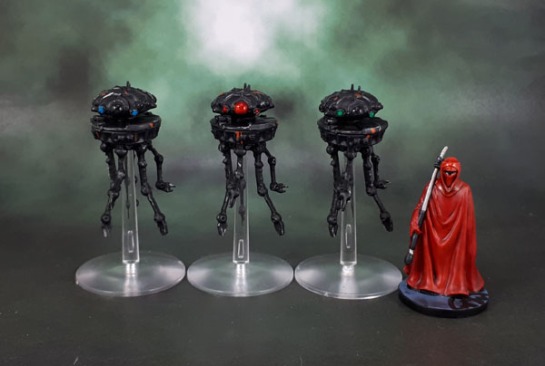 Of course, the recent Star Wars film “Solo” introduced the concept of droids with “Female” personalities. Of course, that same film had Lando banging his female droid, so I’m happy to entertain the former (while /facepalming at the terrible execution), but also look at things like Astromech droids as genderless and consider units like Imperial War Droids to be solely concerned with their important and rewarding jobs of killing and oppressing than being droid-bros down at the droid-gym. (droid-fistbump!) Hell, the recent-er films have shown Stormtroopers of both genders under that armour, and they look identical with their lids on. (By the way, if you can’t handle girls in your Star Wars and think I’m part of some new Millennial PC agenda, feel free to fuck off elsewhere! #SWfansince77 )

For “Squads”, we’re not all playing Warhammer of whatever type here – so I’m happy for a “Squad” to be made of three or more models of a similar type – and yes – that also includes tank and vehicle platoons of three or more. And if you look at the models in most of the photos above – most of them fit neatly into both categories… 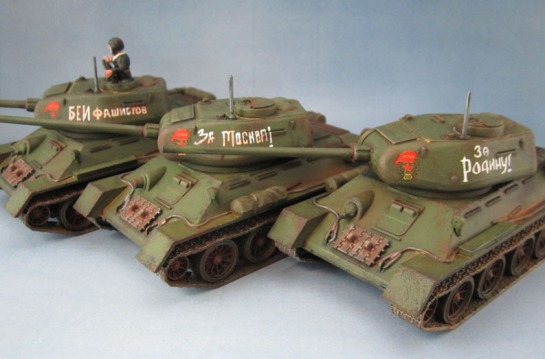 That’s pretty much it. If you might be interested, you’ve got a little under a week for thinking about it before the challenge starts – though if you’re keen there’s also no reason you can’t be working on your models. Because it’s only about completing models in March! 😉

Oh, and I’ll throw some more examples below so you can see just how broad a challenge option it is – if you just think about it. 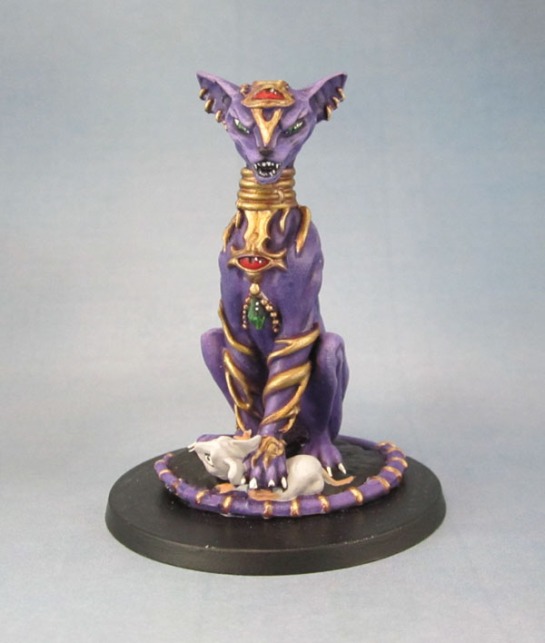 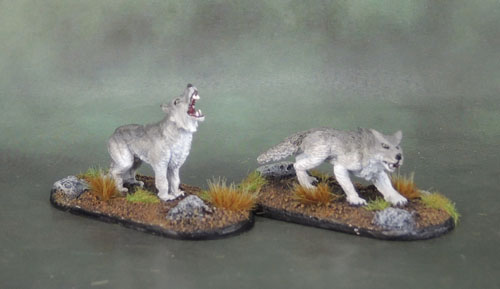 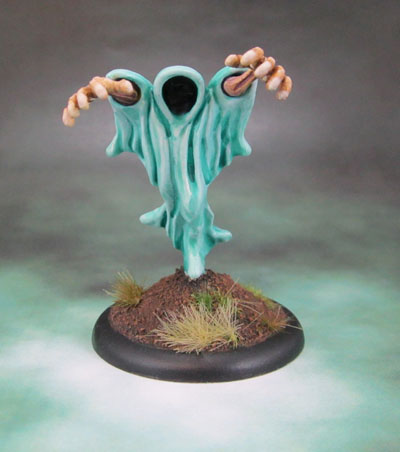 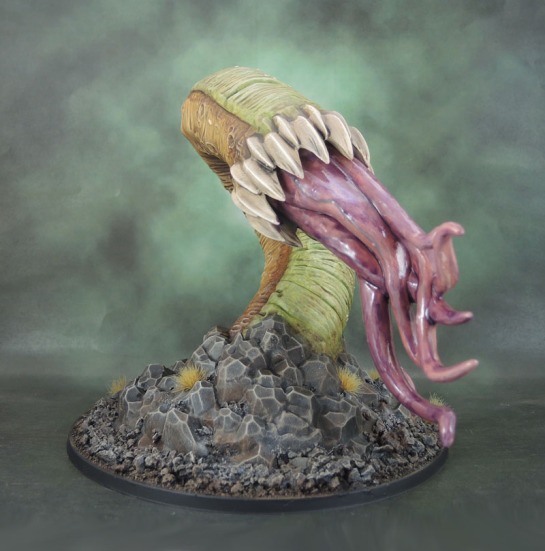 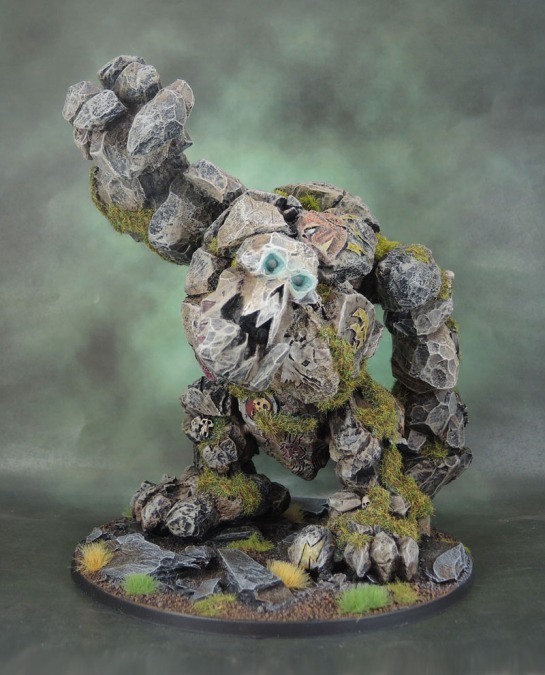 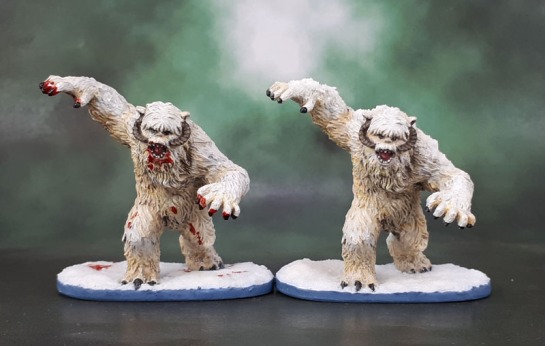 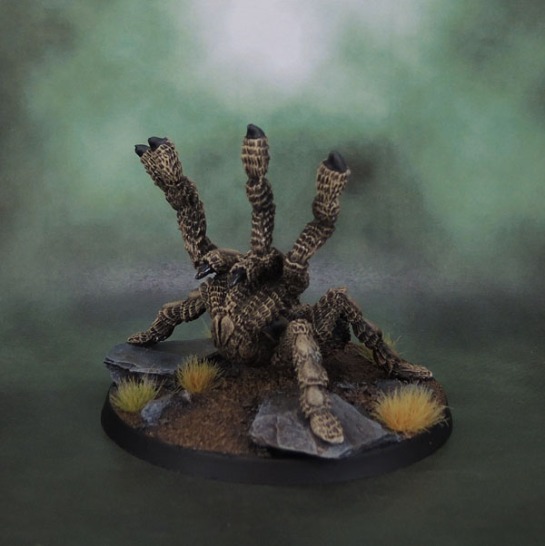 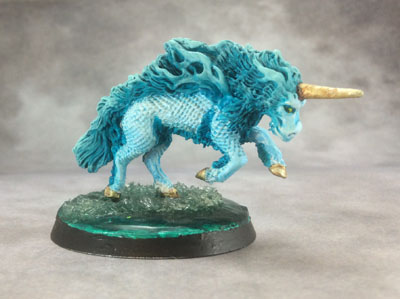 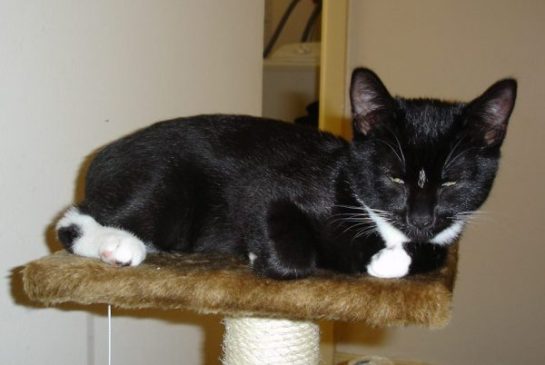