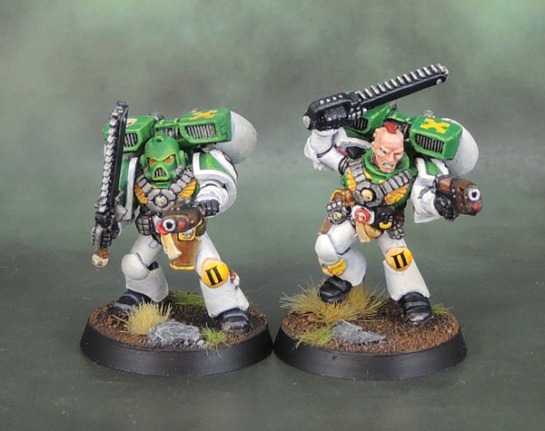 As with my previous Mentor Legion squad posts, this one shows off a couple of finally-completed members of a squad that otherwise remains unfinished, with a lot of work to come. Both of these models are 2nd Edition metal-bodied marine models, with 3rd edition arms and plasma pistols added. The mohawked marine is the second of the two metal “Veteran Sergeant” assault marine models, though I’ve grafted a chainsword onto his grenade-throwing hand, and I’m just using him as a plasma-armed assault grunt here. Because that plastic power fist from the 2nd edition sprue just looked like shit on him when I was dry-fitting it all those years ago. 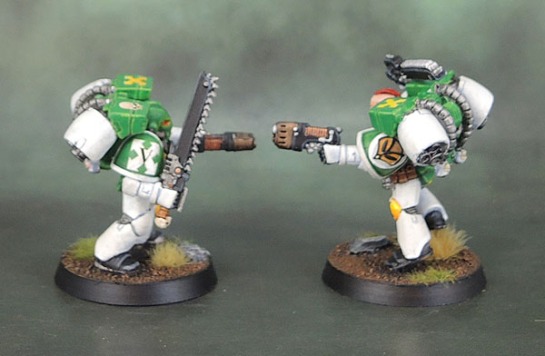 They’re being shown off here as part of Neglected Model February, as that’s what this pair has been for many years. Nominally “finished” quite a few years ago aside from their Chapter Badge, they’ve recently been rebased onto 32mm bases, touched up (both chipped paint and a few details improved) and had custom 3D-printed chapter badges added, so now, after many years of neglect, they’re done. 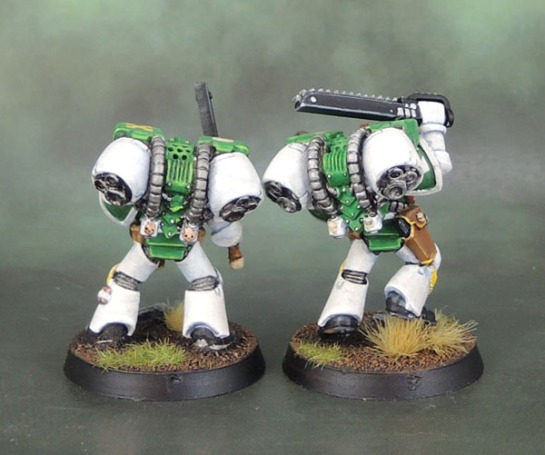 Of course, there’s still quite a lot more of their brethren to be completed, and the other Assault Marines are in quite the unfinished state. Not only on 25mm bases, but missing arms and with little more than base coats added with little to no highlighting or shading. Now those figures are going to be a lot of work. 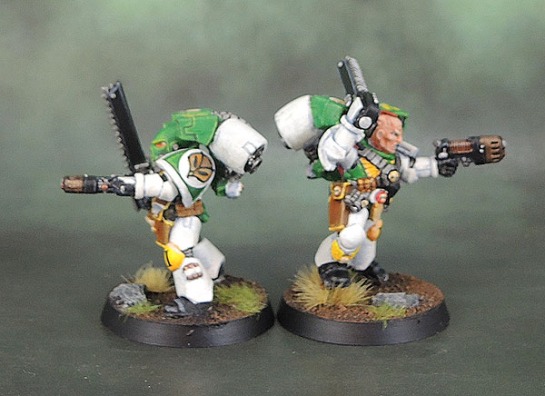 There are some more neglected Mentors to come in the next few days, not to mention my Fembruary wrap-up. Stay tuned for Daily Posts for the next few!