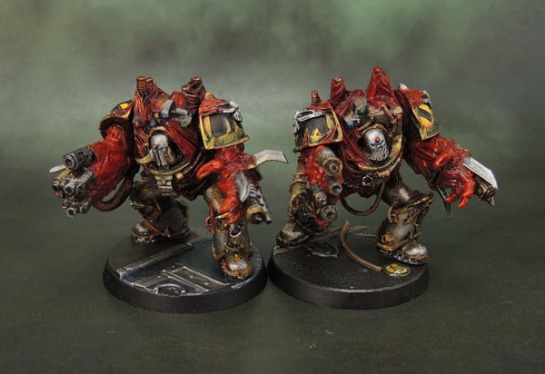 I’ve been a little burnt out from blogging for awhile, though in the interim I’ve still been painting (if not playing – winter sucks!) Rather than go into the uninteresting trials and tribulations of my life, I’ll just get on with it and see how it goes. These models were finished last month, and so are part of my pledge for August’s entry of the Paint Challenge I’m involved with on Dakka.

I know these models are ugly as shit, but in my defence, I purchased them a long time ago, around when they were released, and they were at least a step up from the initial offerings. I attempted to.. well, not “fix” them (because just look at them) but make them look a little less terrible and fit in with my Iron Warriors who I had started at that time. I did so by turfing their original heads and replacing them with ones from the plastic Chaos Knights kit. I also felt that their “weapon hand” loadouts were on the wrong side of ridiculous, and so moved some stuff around, and added in a few plastic bits. They still look terrible, but hopefully less terrible than the stock models?

The colour scheme is the original one I came up with all those years ago. I felt that “mutated meat” looked far better than the pinky flesh that GW’s official scheme came up with, particularly against the metal and hazard-striped look of the IW scheme. In what was pretty much my first use of guitar strings, I added a couple of extra cables in places on the models, very sparingly. 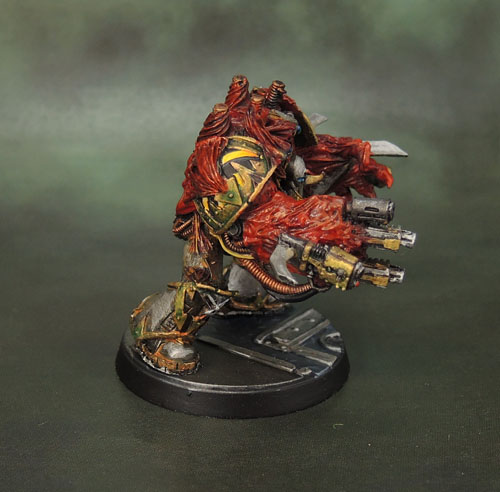 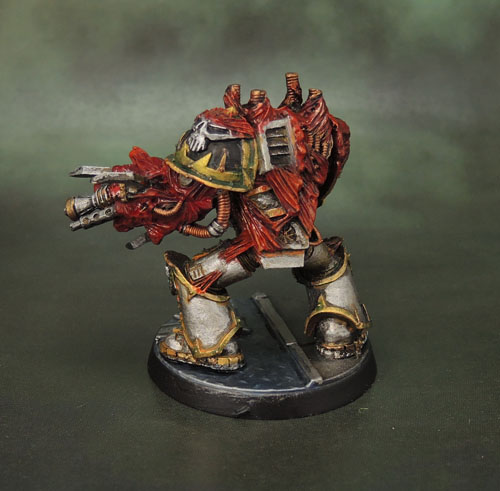 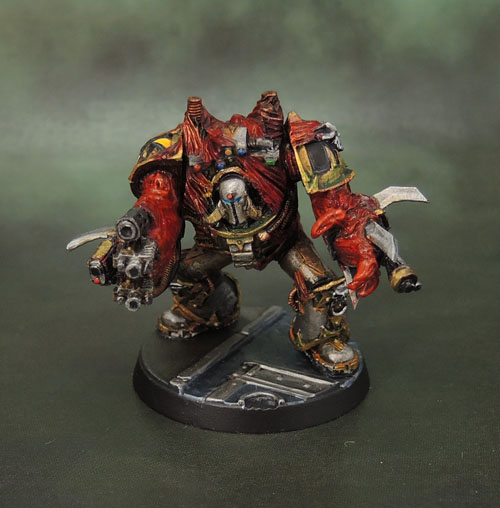 In the recent “renovation” of these two, I’ve gone over some of the metals and re-weathered them in spots, rebased them on the new GW plastic bases to go alongside my other Iron Warriors (and added a bit of guitar string there). After the new layer of varnish, I also went over all of the flesh by highlighting in spots with regular red paint and then with both Blood for the Blood God and Spirit Stone Red in different “patches” of the flesh, which gives it a glistening viscera look – but with some variation and unevenness to it. This stand out in person more than in photos, but you can see it best in the left arm and hand of the Obliterator above. 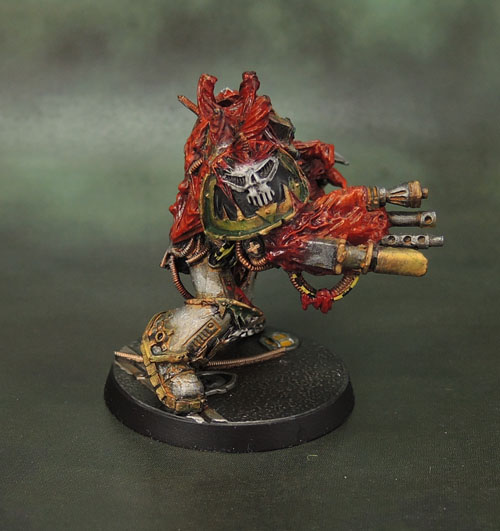 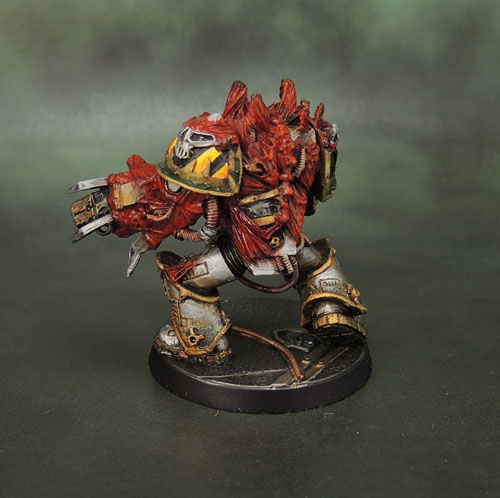 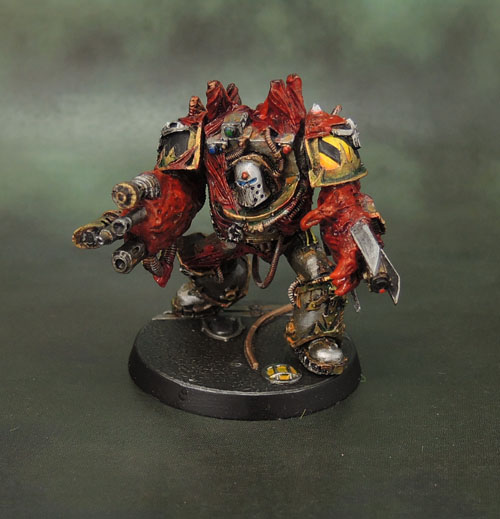 I believe that I have one more of these guys in metal, but I’m damned if I can find him. I know I only painted the pair at the time since one of the initial targets for my IW was for a small “Kill Team”-style army of about 600 or 800 points, and I only planned to use two Oblits in that force. I did recently find another six (!) of them in finecast which I had picked up cheap on eBay a few years ago with a thought of being able to do more with them than the metal ones. So… that might become a thing? I’ve got some other things way before them in the queue right now, but I guess I should consider painting them before GW releases a new version that causes me to lose all interest in the ones I have… 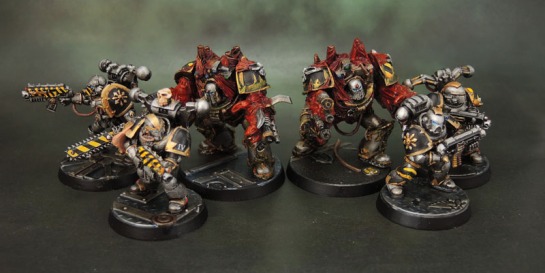 The last pic just works to show them alongside their uninfected brethren. Their armour shows a lot more corrosion, discolouration and muck than the regular Iron Warriors. I’d say that the Obliterators are much less interested or able to properly maintain their armour. Especially as it’s now fused to them.

Hm.. I wonder if Gal Vorbak models would work well as Obliterators or Mutilators? They always struck me as the most awesome Possessed models, but maybe there’s something to be had there?