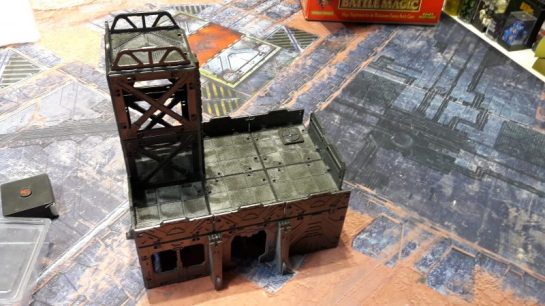 Awhile ago, last year, and inspired by some terrain that Dakka user “Nerdfest” had built, I decided to dig out a bunch of my Mantic BattleZone sprues from their various Kickstarters that had been sitting untouched in storage tubs for years at this point, and make something. So over a rather enjoyable winter afternoon, I put together this bunker-thing. Being winter, there was little point even thinking about spraying it, so I let it sit, though the bare, grey plastic version did get used for a few 40k games. 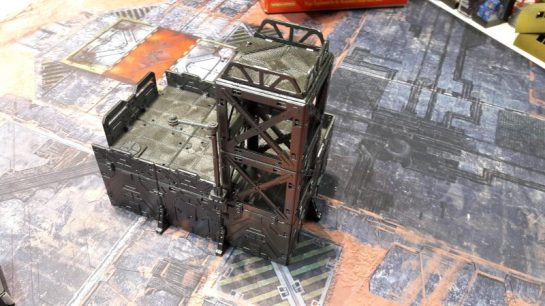 Once summer rolled around, I gave it a spray. Dark Metallic Charcoal for the outside, and a sort-of undercoat of white for the interior. Now, I’m not sure where to go next with this thing. Broadly speaking, I can see three main options:

Even within those, there’s plenty of choice, though. So again: Analysis paralysis. Whatever the final verdict, I’ll probably put together a smaller building (4 squares) to go alongside this one and paint it in much the same scheme.

Anyone have any good ideas?