My plans to get a ton of exciting Heroes and Villains done in December have had a few large wrenches thrown in the works, and as a result, I haven’t really painted for almost a week. Getting back into it, I decided to work on some simple stuff that had been sitting around in the way on my painting desk – in this case, more Mantic Terrain Crate scatter pieces. 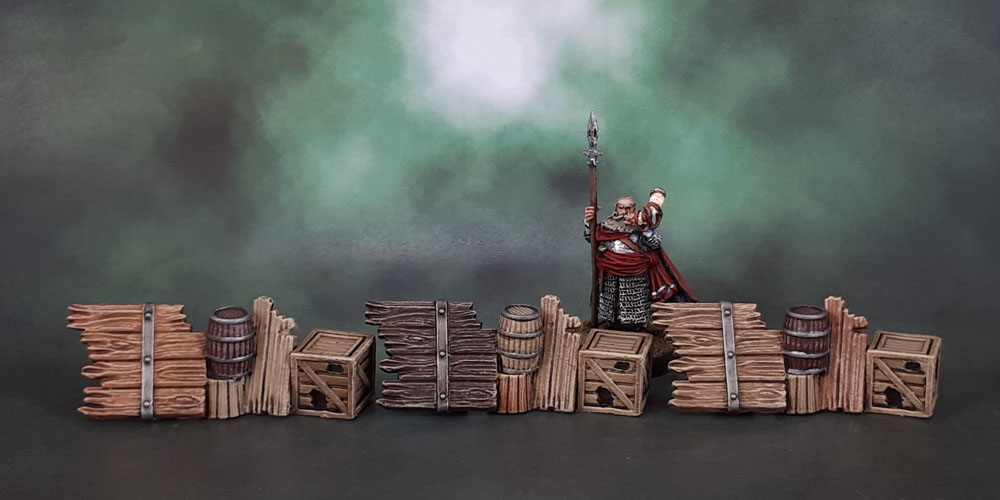 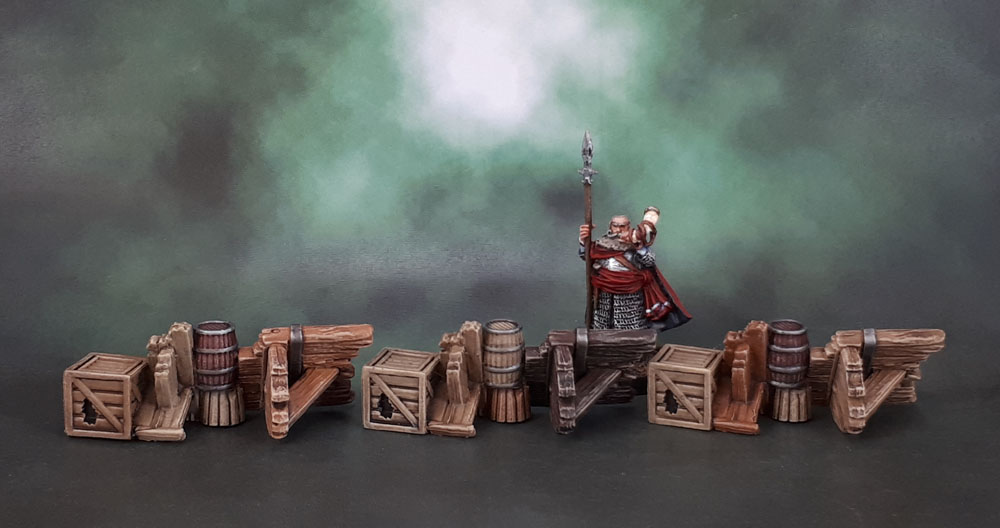 Two different types of barricade – and three of each. I varied the colours just a little in order for them to be a little unique and not just look like clone-pieces. I kept them all to natural, “woody” tones, and this time I varied the crates and barrels a little from the tones I’ve used in previous sets. 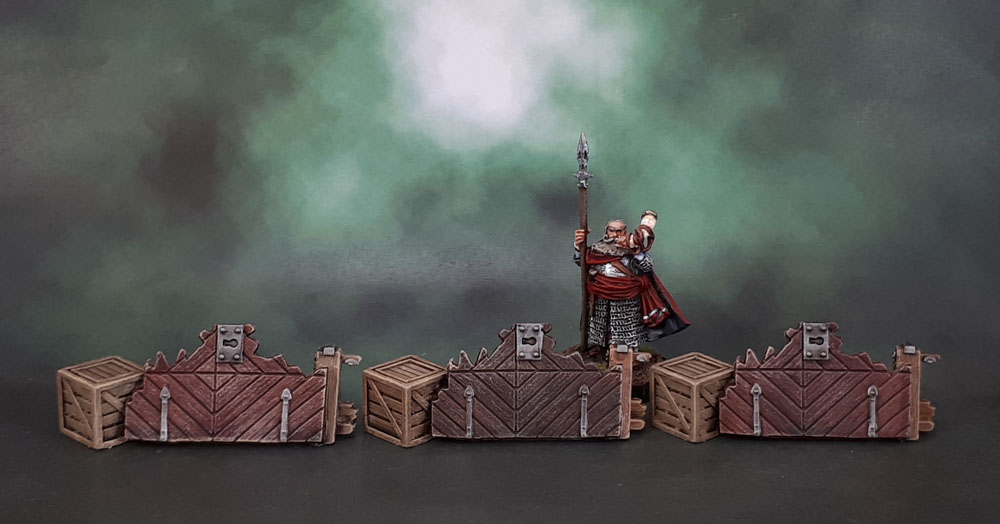 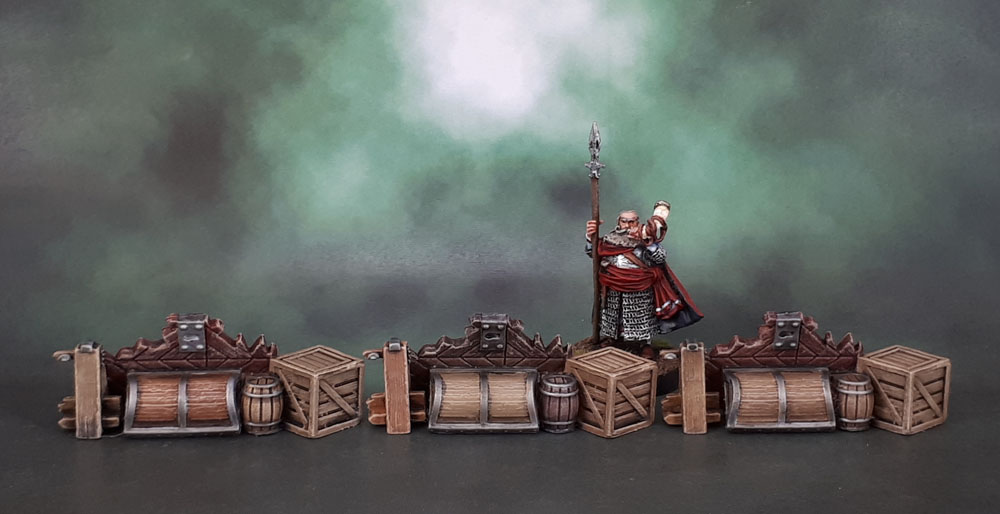 As you can see, they’re not exactly scales as proper barricades – more in a boardgame scale, if anything. Our model here is Forlong the Fat, one of GW’s “true-ish”-scale, LotR models. Even though he’s positioned behind them and is raised by a slottabase, you van see that they’re not exactly very big as far as barricades go. I’m sure they’ll be fine as generic scatter, though. 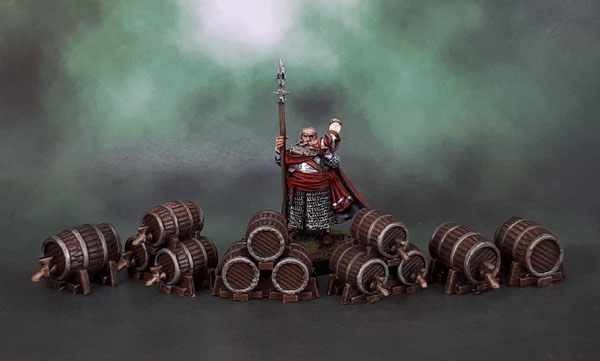 The other pieces are much less interesting – three larger keg barrels and three sets of triple-keg barrel stacks. Dark wood here, with brassy taps. While the barricades will easily make a bit of extra colour in fantasy wargames as well as dungeon scenery, these keg-barrels are a fair bit more limited. If we ever need to kit out a tavern for a game, we’ll certainly have a well-stocked booze supply! 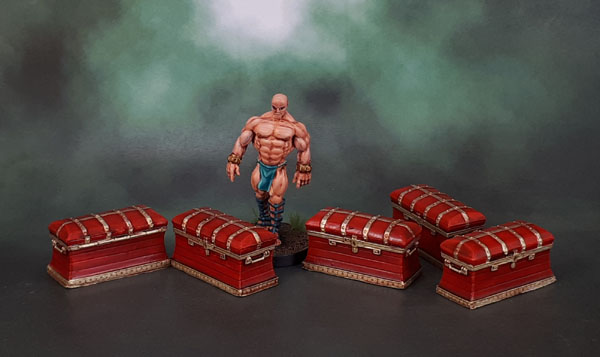 Finally, some chests that I made myself finish off, after they’ve been sitting around for 6 months or so. These are from the Conan Miniatures Boardgame, by Monolith. I remember some time ago in the comments, someone (Dagger & Brush, from memory) suggesting that I could paint some of the chests in a set I had in different colours to distinguish the quality of them. Rather than paint the same model chests in different colours, I decided to make these slightly more fancy coffer sculpts a little more fancy in turn when it came to their paint. Baal Pteor, also from the Conan game provides us with our scale in this shot.

I’ll have some real models painted for you all. Soon.