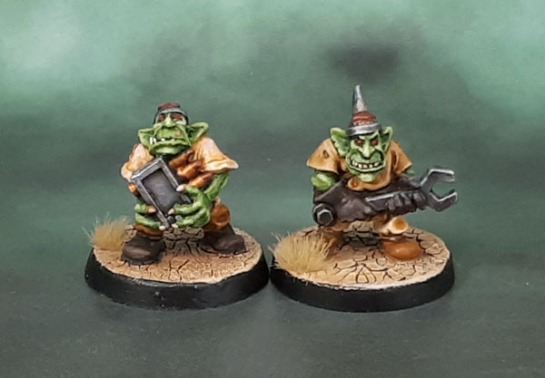 Another pair of half-painted Grots got completed last month! This pair come from the Splatta Kannon model, which I have around here somewhere, and if I ever do find it, I’ll endeavour to get that completed as well. This pair were sculpted by Alan Perry, who did quite a good facsimile of Kev Adams’ style with these two. 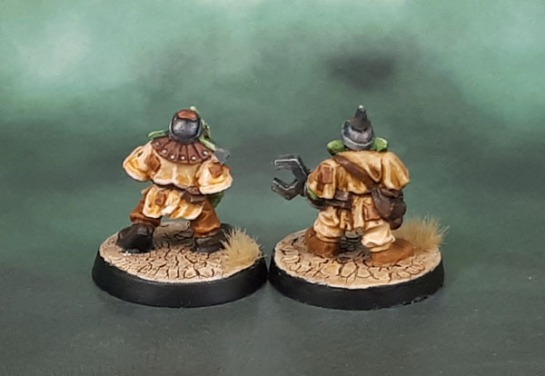 Their rear views are pretty unexciting, and the photo shows the cloth that they’re wearing overly-contrasted (no Contrast Paint on these two, though!) The rationale for their clothing being so plain is because I want them to fit in with the overall “desert scavenger” look that the rest of the force has, though I also feel that the Orks would have taken all of the camoflague cloth for their own clothing, leaving the grots with the plainer stuff… 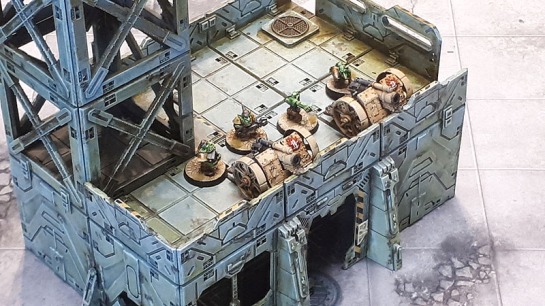 For now, both artillery pieces will have to make do with a pair of crew – like they used to have – rather then the five(?) each that they have now. Here’s a shot of them, sans artillery bases on the Mantic BattleZones Bunker I finished a little while ago. 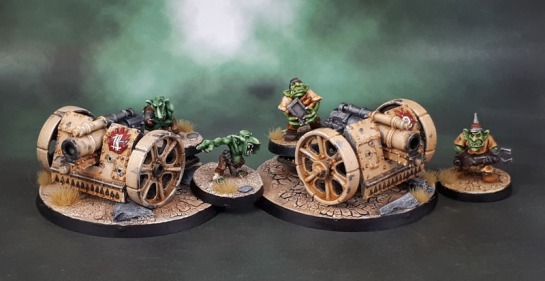 And to finish – the glamour shot of both crew-so-far with their Kannons, finished in May!