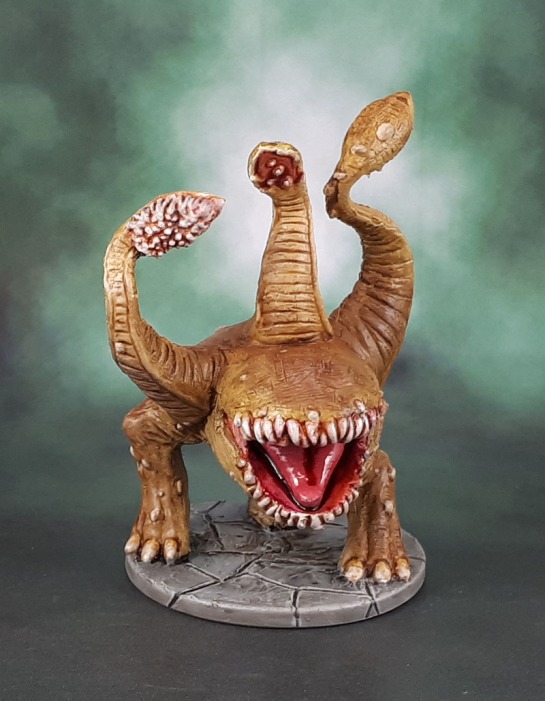 Almost everything I wrote about Bellax the Gauth yesterday applies to today’s model – the Otyugh. It’s from Wrath of Ashardalon – which we’ve been playing – so it queue-jumped The Tray because “need it for the game”. It was sitting int he box, though this time it wasn’t even primed, let along base coated. It looked like a simple, quick, “easy win” as far as painting goes. It got painted from start to finish (including spraying time, drying time, and base-putty time over two days. It also has a name that sounds like a good reason to get tested for COVID if you were say it out loud three times. And finally, it’s a bloody stupid and impractical/unrealistic looking monster. Because D&D, I guess. 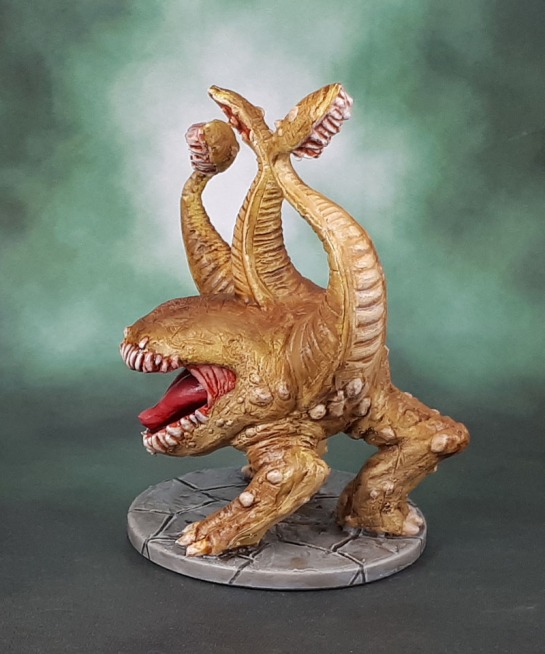 I checked some reference pics and found that it tends to be reprsented in that ochre/pale green/brown nspectrum, so I went there and did the pseudo-realistic-ish thing of making it slightly darker on the top and lighter below. Contrasts were used as part of the toolkit on the mouth, teeth and inner tentacles, but not as an experiment – simply as part of the painting toolkit, along with regular washes, wet blending, drybrushing and a little bit of normal picking out of highlights. 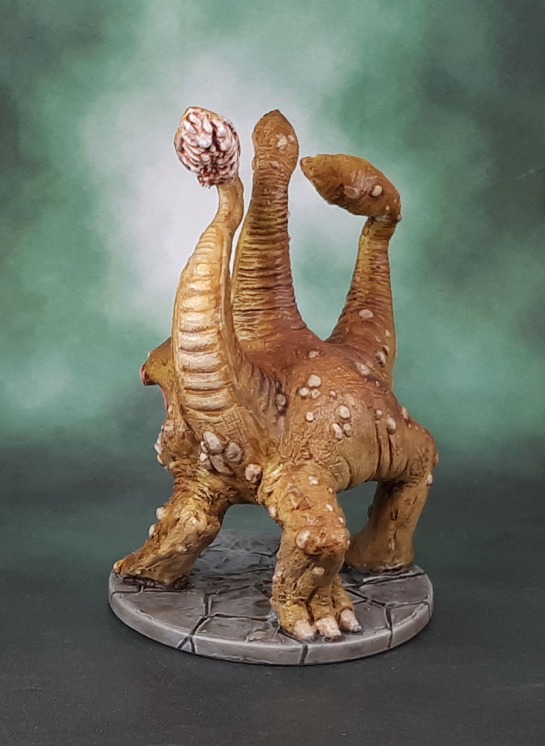 The model comes across a lot better than many of the others from these boardgames, but you can still see the lack of/very simple detail on the “teeth” on the ends of the tentacles. And, you know, I attempted to make them look not shit, but there’s also a cap on how much effort I’m willing to put into a model of this limited quality. 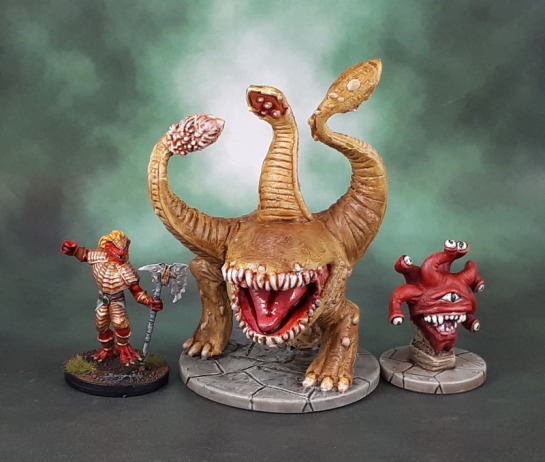 Here’s our scale shot alongside the other cough-noise monster – the Gauth – as well as the Dancing Dragonborn. As the Otyugh is bigger than an ogre, and is most definitely a monster model, I’m sumitting it for Ann’s Miniatures of Magnitude Challenge for May & June. Hopefully I’ll get a few more done before the end of this month that also fit the bill!