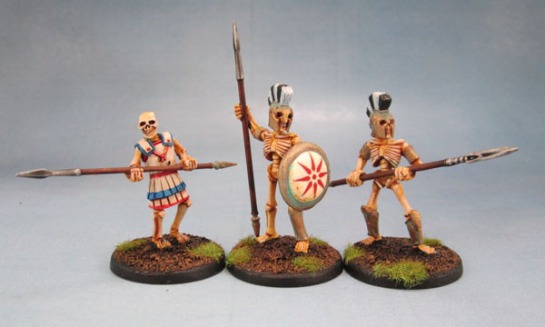 The second unit for the Mythical Greek army is the one shown below – made up of Reaper Bones Skeletal Spearmen and the starts of the show – the other half of the Wargames Foundry Greek Mythology Skeletons range. “Children of the Hydra.” Unfortunately, the whole range is made up of only 10 models across two blisters – 4 with spears and 6 with swords. Within that only a few of them look distinctly Greek, so with 6 models needed to fill out the regiment, I decided to look elsewhere rather than order another pack from Foundry (I prefer fewer doubled-up figures, anyway). Their sister unit, armed with swords was finished some time ago, as was most of this unit, but some recruiting issues drew finishing this lot out for longer than I’d hoped. 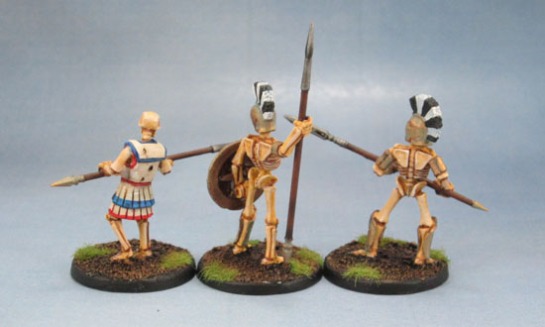 The metals from Foundry worked out well. I just wish more of them had more explicitly Greek gear. I replaced their metal spears in the end with plastic ones from the Wargames Factory skeleton set. The shield on this guy comes from Little Big Men, and was a real bear to apply. Apparently it may have come from a faulty batch, since the plastic film would just not come off, and destroyed two other transfers in the process/attempts… 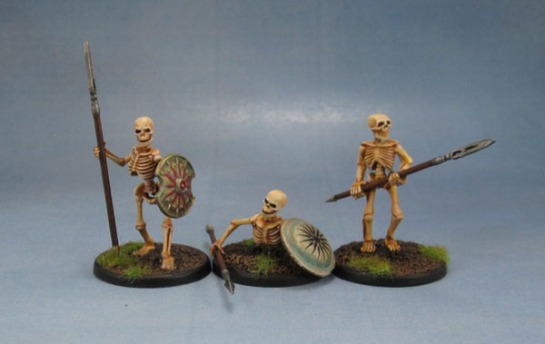 In the end to fill out the missing two in the ranks, I again turned to the Wargames Factory plastic skeletons. They’re already Greek-themed to an extent, which is great. My only concern was how fine they are, and as such are very susceptible to breakage as wargaming figures – especially with spears sticking up everywhere. Still, with these guys towards the middle it should be fine. Again WGF comes to the rescue of the WGF-dominated unit. In the end, I decided against adding shields to the skeletons bracing their spears – mostly because there was no easy and effective way to attach them that would still look good. A bit of a shame, but c’est la vie. 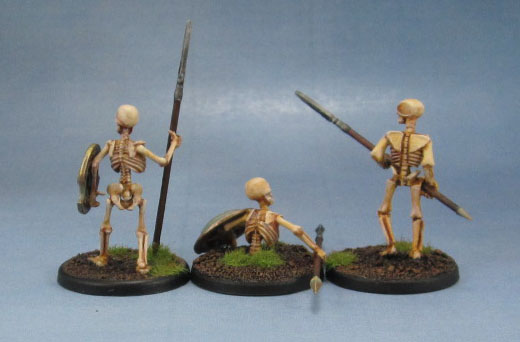 I went with the one skeleton coming out of the ground to help invoke the whole Jason and the Argonauts thing. A classic from our youth, (even if it was made before many of us were born, it was often shown late on Saturday Mornings here, as well as when VHS arrived. 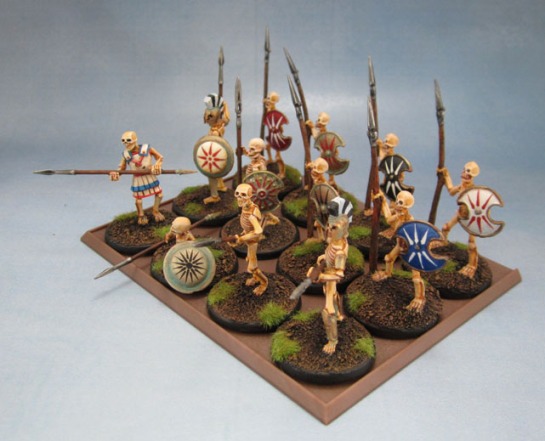 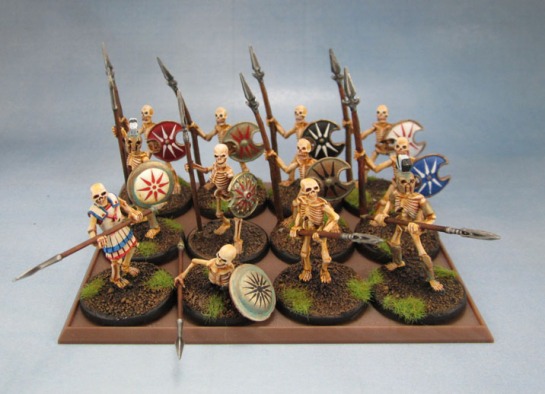 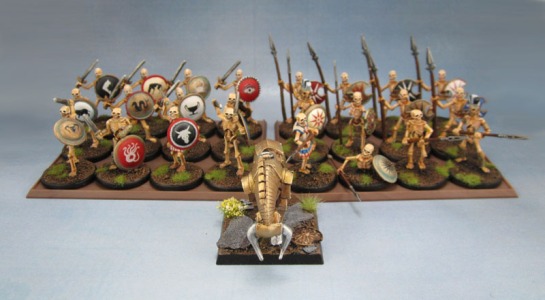 And finally, an army shot of the Mythological Greeks so far. Not a whole lot yet, but it shows the two units of Skeletons along with the Bronze Bull painted earlier this year.