Another D&D model today – one of the Nolzur’s figures I picked up to use as Player Characters in the D&D board games. This figure was painted after the Naga-Salamander I posted yesterday, and shows a bit of progression on using the same blue-teal contrast paint, though in this case doing some normal hihlighting over the top of it, as well as the use of “normal” model paints on the “ear crests” and “beard” for a different tone. 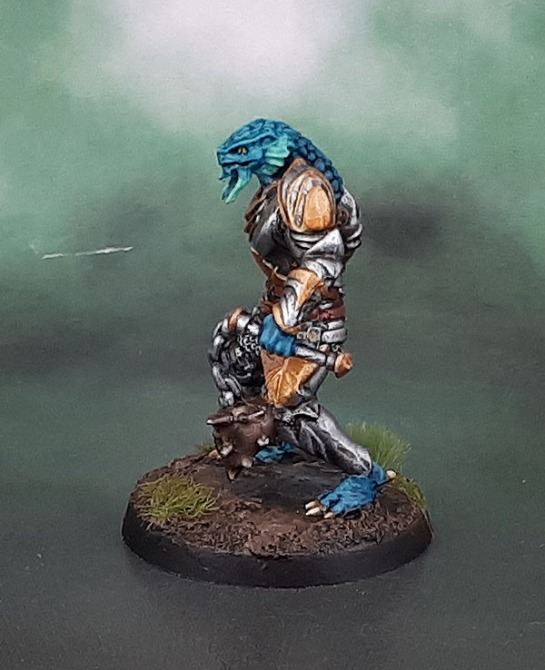 I quite like a lot of the Nolzur’s models, really. Some of them (the older ones?) suffer pretty badly from mold lines in spots as well as somewhat bendy weapons, but this guy is chunky enough to come across nicely as a model with a bit of presence.

One of the cooler things about this figure is the fact that it comes with this alternate head, spewing flame-breath.

I used a mixture of various transparent paints and Contrast paints to paint the flames as that section of the alternate head comes with the flame-breath cast in a transparent plastic. Some of it wasn’t so great to paint, but it all turned out alright in the end. Another hero done. Of course, by now, we’re well past the game where Marouda was actually using the Dragonborn hero….