I’ve always had a bit of an issue with the idea of daily posts. In “lean” times, I’ve struggled to have enough content to even post weekly, though for some time now – pretty much all of 2017 – my issue has been a backlog of painted, completed stuff to get through posting rather than not enough to scratch up a post with. Sure, I could post everything 5 or 10 at a time as I used to, but to be blunt, I figure that I spend enough time working on these models as individuals that I think they deserve their own “space” to be showcased, hence my move towards posts showing 1-5 figures at a time.

It also means I can share stuff more frequently, rather than sitting on models for weeks (and months) until I have “enough” of them to show in a post. But yeah. Right now, I have a backlog. In my month off posting (I’ve pretty much caught up on other people’s blogs now, finally!) I kept painting, giving me even more completed bloody figures to photograph and post. Not to mention a bunch of Mat reviews to do…

The solution – for now at least – will be occasional posting on sequential days. Mostly towards the latter half of the week and weekend, though not too frequently, since I like to give my posts a bit of space to breathe and I’m also conscious of not overwhelming the people who take the time to check my stuff out.

With all that said, here’s today’s model. 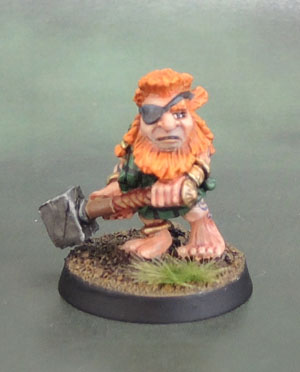 This guy is the final one of my Marauder Slayers. *As far as I know, at least. Clearly, the reason he’s lagging behind by himself isn’t because I forgot to photograph him at the same time as the previous pair of slayers and only had one left to do… Oh no! It’s because of other reasons. Clearly, someone stole his moustache and he had to investigate! 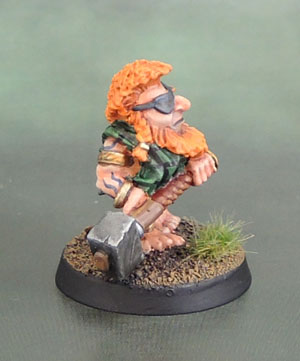 Since he’s wearing not only a kilt but a fly plaid over his shoulder, I went for a simple tartan using a dark, muted green. Since that’s all he appears to be wearing, aside from some jewelry, the rest is simply tattoos, skin and tattoos. I’m happy with the look of the tattoos here for a change, and that’s something that I can at least say I’ve improved on to a point of satisfaction as I’ve worked my way through these slayers. Tattoo colour and stubble. Tattoos. I certainly used that word a lot here. 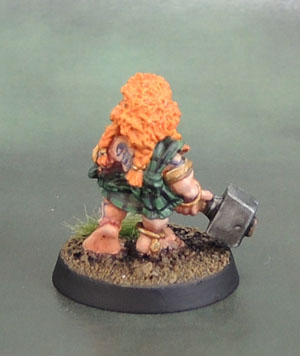 In the past, I never liked this particular figure, probably because of his lack of moustache to go with the beard, but having painted him I now quite like him, and the chin curtain he sports is one of the main reasons why. He’s one of the more sensible of the Marauder Slayers, and could easily be used as a Roleplaying figure or a character of some sort. Yes, he absolutely has an oversized head, even by the standards of Citadel’s macrocephalic dwarves, but he does at least have a lot of character in that noggin and face. 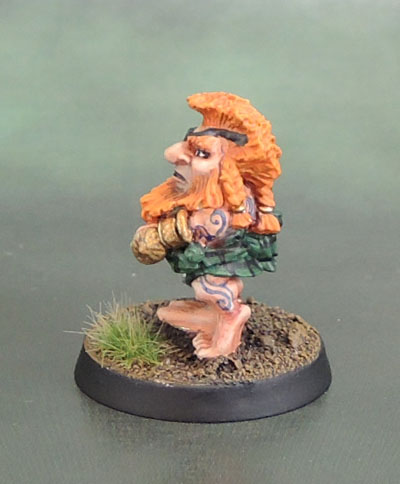 While this guy marks the end of my Marauder Slayers, he’s far from the last of my overall Slayer contingent. Just for starters, there’s a bunch more of those Citadel ones, plus the ones I found in a pile, bathing in Simple Green, waiting to be stripped. Then there are the Avatars of War models… 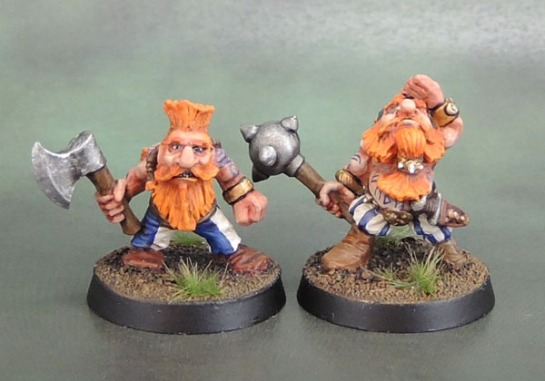 I’ve been outside this evening taking some photos of models I’ve finished recently. When I came inside and started moving photos off the camera to crop, I noticed quite a few photos that I’d taken for posts before my little break. So I’m going to share a couple of these first. As it happens, there’s so much stuff between the stuff I still hadn’t shown, game mats to review, and the models I’ve painted in my month off from blogging I’ll have to go back to posting every two days again just to have a chance to get through them! I guess I could post up models 10 at a time or something, but I much prefer to show them in smaller numbers, which is closer to how I actually get things painted – in groups of 1-4 at a time – outside of the occasional whole-unit batch like the BFSP Dwarves or the Spartans from last January. 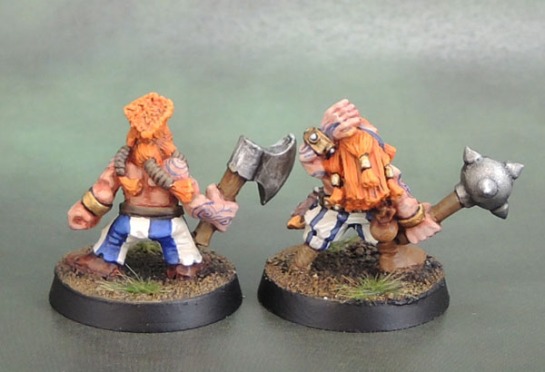 More stripey trousers and swirly tattoos. On one hand, it’s just what I do with Slayers. On the other hand it does get a bit boring after awhile, so I’m tending to try and figure out ways to make them a little different in each pair. Here we have slightly wider and slightly narrower blue stripes than usual. CREATIVITY! 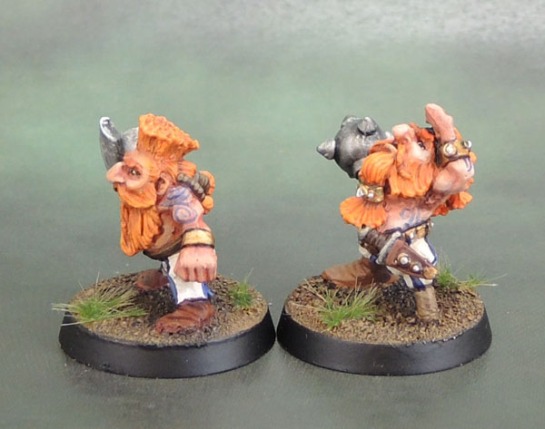 As far as the Marauder Slayers go, this pair is pretty good. Not overblown, and enough individuality that each of them is a unique enough character. 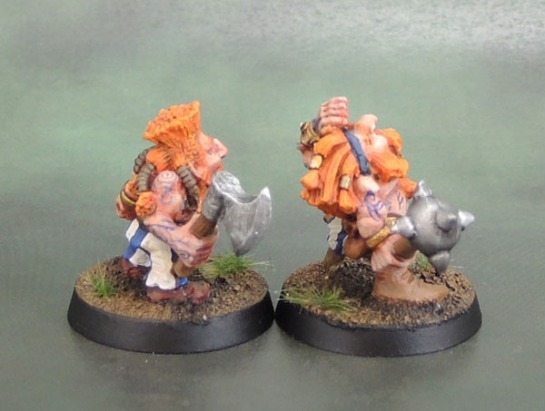 Once again this pair’s tattoos look a little faded in spots, but they still look nice enough in person. 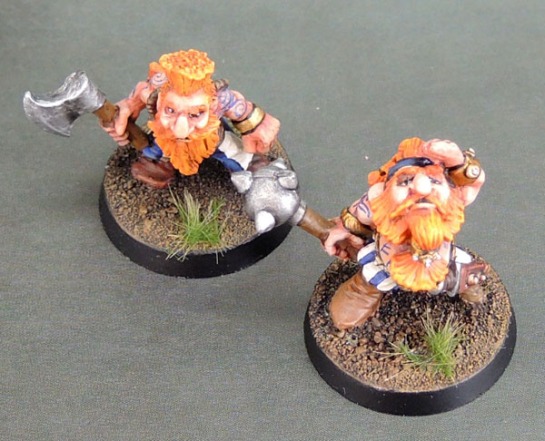 Having displayed this pair, I’m left with one final Marauder MM16 Slayer to show off. Expect to see it very soon!