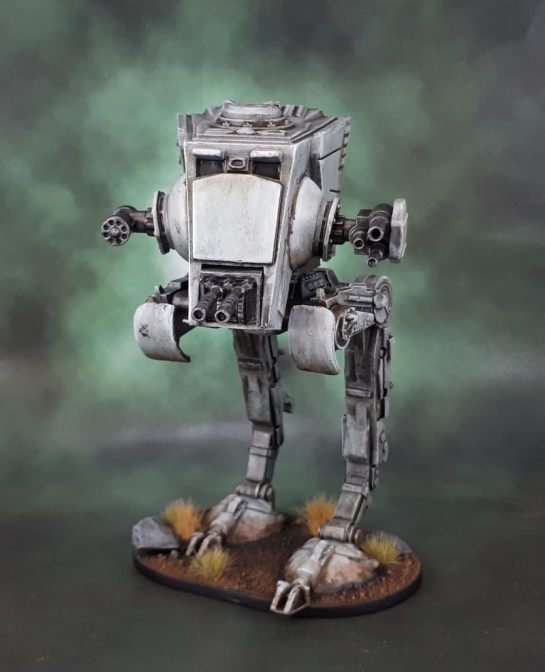 A few days ago, Pandora’s Bitz Box painted up an AT-ST. Deciding immediately to rip him off, I quickly cleaned, assembled, sprayed and painted my own AT-ST.

Well, that’s not entirely true. In fact, it’s a load of bollocks. I cleaned up the sculpt over a couple of weeks at work during my breaks, assembled it a week or so ago. Attempted to murder my gaming group via poison gas (so I’m told) 2 weeks ago by spraying it in the yard while they were in The War Room, setting up an IA game, and then painted it over the course of the following 2 weeks, forcing myself to complete it last Saturday morning. With both Marouda’s model as well as my own for Morikun’s contest needing to go up before the end of July, and my own challenge being about completion rather than posting (and a rather well-received rant, inspired by IRO), the AT-ST got bumped – and then Pandora’s AT-ST appeared! 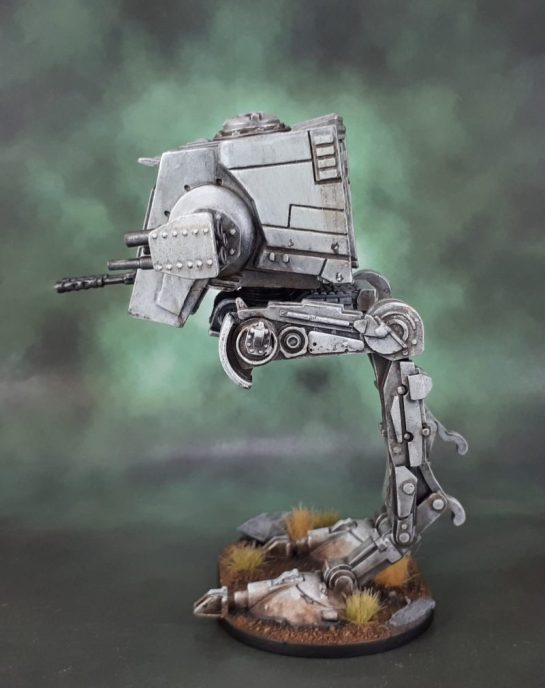 As with a lot of the Star Wars stuff I’ve been painting recently, I looked over Sorastro’s YouTube guide for ideas before getting fully stuck in. I’ve never met or interacted with the man, but he’s a talented painter and an amazing resource for anyone planning to paint Imperial Assault, or any of several other board games’ figures. 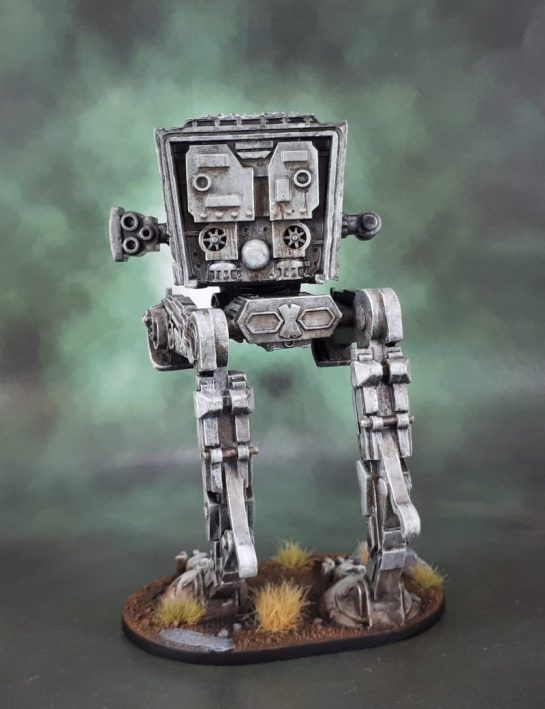 I kept my walker a bit lighter and not as heavily weathered as Sorastro, but there’s still a fair bit of weathering, muck and grime across the model, with more concentrated on the feet, legs and undercarriage as well as the back and underside of the “head”. 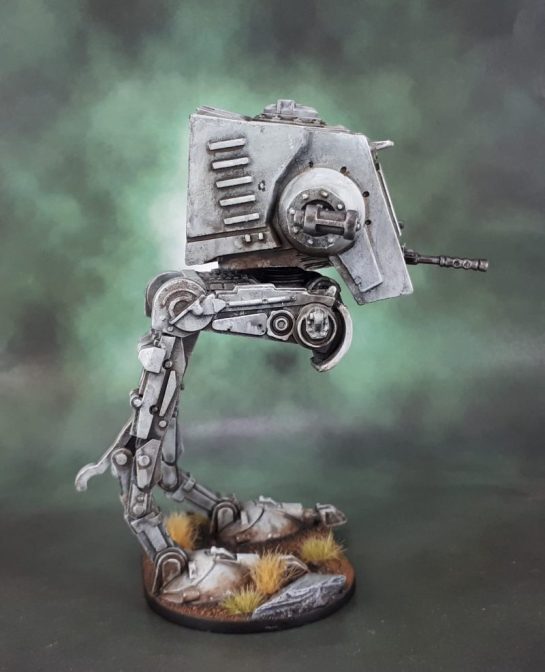 Now that I’ve finished this one, I need to paint up the General Weiss AT-ST, which I just finished cleaning at work a couple of days ago (somehow, I missed one of the legs!) And then get started on the AT-DP from Heart of the Empire..

As I haven’t yet started on a single Stormtrooper at this stage (WOTC Prepaints are doing the job nicely while I work through other models), it’s left to the Emperor’s Royal Guard to provide scale and ground-level security to the Empire’s Light Walker. I should paint some Adeptus Custodes next to a Sentinel and have them do a face-off!