Another post featuring some not-especially-exciting content today. We have the four large doors from Mantic’s Star Saga game, which I picked up on the cheap (50% off) not too long ago. It’s supposed to be a decent little game, actually, though we’re playing Imperial Assault right now, so it’ll have to wait for a place in the queue. 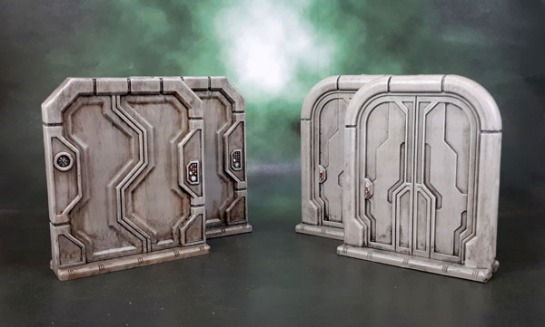 Imperial Assault being the actual reason I started on these. Simply to replace the card standees in our games with something a little more substantial and a little nicer – and they look quite Star-Wars-y, too! As I painted them with Star Wars in mind, I went for grey on all four, since grey and white are the two colours that we typically see in Star Wars Architecture. The only colour being some of the buttons, and a touch of brown in the weathering. 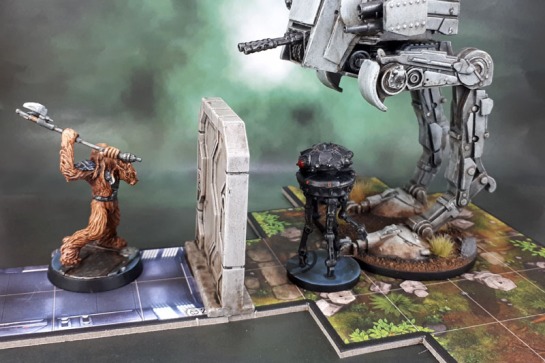 Banging on the exterior door – who could it be, now?

I did vary them a little bit by making the rounded-edge doors a bit cleaner – as interior doors, and the more angular set more weathered – as external doors. Pretty simple stuff, but just a little touch. I also started on the six smaller doors, but haven’t yet finished them, as the focus last week was to get these four done and so ready for gameplay.

That’s it for my July models now. If everything goes to plan, I’ll have my personal round-up tomorrow, and then the Community Round-Up will go up on Sunday (my time). Get those last-minute posts and links to me for Jewel of July up ASAP!