A few more bits of my Mantic Terrain Crate Kickstarter pledge today. Specifically three sets of barrels and three individual barrels alongside some dynamite sticks. You’ll also see another WarZone Undead Legionnaire there for scale. That particular Legionnaire is the one that was missing yesterday that I found after taking all of the photos. I spent a bit of time last night bringing it up to speed – fully repainting the boots and gaiters, most of the weapon and then adding some blood (after varnishing the bits). I’ll be going and editing him into yesterday’s post in just a few… 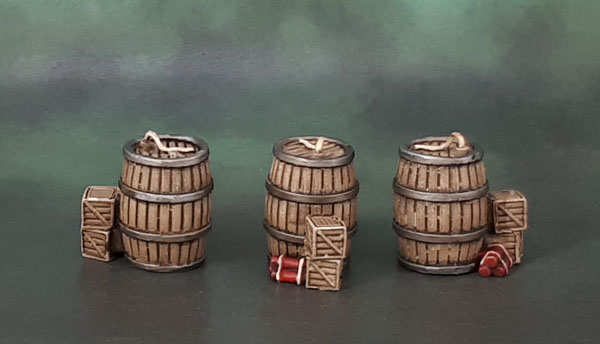 In a way these are some of the better Terraincrate bits – they’re just fine. Not amazing. Just fine. I’ll probably go in and fix up those bits we can see here where the wash has missed some of the crevasses. 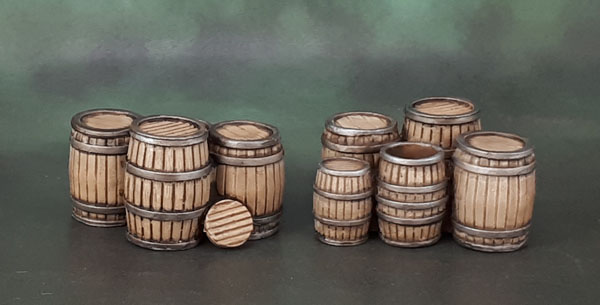 More importantly, these six bring my monthly total up to 29. So I’ve got two more models I need to finish in the next 2 1/2 hours. Luckily, I have a trio that are almost done, so time to knuckle down and get it done.
Follow Azazel's Bitz Box. on WordPress.com