A quick one today. I’m still trying to do some painting some nights at home, but work is now in insano-mode – so most nights I have no energy to paint, let alone blog, let alone read blogs or go through comments – so that stuff is super-scattered at the moment. I’ll catch up when I can, but it’ll be a few weeks before work eases off, and no break until we finish on the 21st of December. At which point all that Christmas junk takes over, so no normalcy until perhaps a week after that when I can go to sleep for a week or so and not have to deal with people… 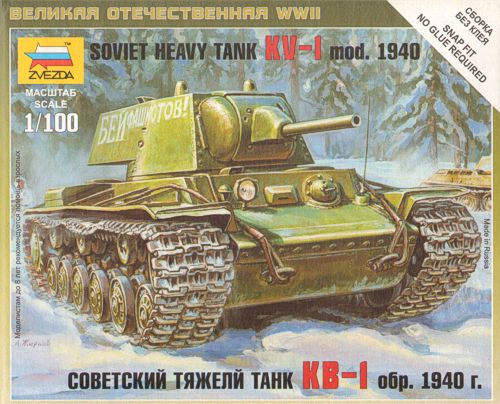 The models are from Zvezda, which is (appropriately) a Russian company. I got five of them – probably in a set of five. I know tank platoon sizes varied by nation, time and even size of tanks during the war, so I’ve just painted the five of these as a set, with consecutive numbers. Speaking of markings, I have managed to learn a little about Soviet tank markings, so I’m quite aware that these wold not be accurate. (Often Soviet armour had no markings, the red hull star was not especially common, I’ve got guards icons on one side, etc) – but like my T-34/85 platoon, I’m okay with going with “easily recognisable as Russian tanks by my non-modeller or treadhead wife & friends even if there are also American/British/German tanks all over the table.” Which we can call “Hollywood WWII”, if you like.

The thing is that I find armour markings are a horrible minefield, even if you’re trying to get everything right. Soviets seeming like one of the easier ones to get right. I’ve got British tanks here where trying to work out the “correct” markings have cockblocked me for more than a year. There are people out there who definitely know their shit, but even with a guy online willing to answer questions, knowing exactly what to put onto (and not put onto) a tank so that it’s accurate is a bloody nightmare, especially when there are ones that you’d like to get right to a specific kind of vehicle in a specific unit in a specific theatre. “Hollywood WWII” is much easier…

The painting on these was pretty straightforward. I assembled them months ago, and even sprayed them months ago, firstly with a custom spray can matched to an image of the “bottle green” type of Soviet Armour colour, then zenithally sprayed with a lighter shade of same. They then sat unloved for several months until 2 weekends ago, when I did everything else over the Sunday.

A couple of layers of drybrushing Reaper’s HD29812 Meadow Green over the entire things, then Vallejo Coloured Primer Dark Panzer Grey on the road wheels and tracks (the worst, most tedious part of painting any tank, IMO). Then added the decals (Zvezda tanks don’t come with any decals, so I picked up some from Battlefront, which were hard to find in stock). For their choice and placement, I pretty much followed the lead of the aforementioned T-34/85s. The main difference was that given these tanks are 1/100 rather than 1/56, I used decals for the crew’s graffiti and turret numbers.

Next up were two layers of sponge weathering across the hulls and turrets to represent paint chipping and general wear on the surface of the green paint. The first in Vallejo Model Colour 70.994 Dark Grey followed by Vallejo Game Colour 72.045 Charred Brown. I painted the stowage in Vallejo Model Air 71.017 Russian Green, gave the tracks a light drybrush with Model Air 71.072 Gun, then hit the whole lot with Vallejo Model Wash 76.514 Dark Brown, thinned down with “Dr Faust’s Magic Wash Base” – which you make yourself out of 1 part Pledge with Future Shine and 4 parts Distilled Water. (Keep it in a large dropper bottle).

Eventually, I’ll get to play with them. Need to get more armour in this scale done, first – but rulesets I own and would like to use with them include Flames of War, Bolt Action’s Tank War (shrunk down to 1″=1cm), TANKS!, and probably What a Tanker! in the future – as I continue to follow Mark Morin’s adventures with the game.