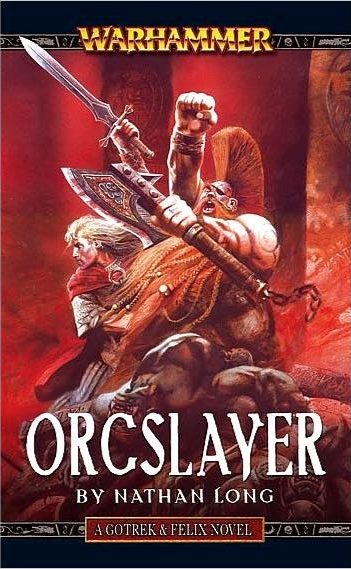 So yeah. Last night I finished my final trio for Squaddie September, and then immediately found another, long-neglected figure from that same faction and got to work on him. Today, as I got close to finishing that model, I was musing about how amusing it would be to count that model towards Orctober, because it’s kind of adjacent to greenskins via the whole “Orcslayer” thing. (No, it ain’t Gotrek or Felix). Anyway, the thought stayed with me. And was still with me this evening. And so, well, that model counts for October anyway, because it’s been Neglected for probably 20 years (I am a bad person). But I figured that a twist keeps things interesting, and it also allows more people to participate should they be interested. 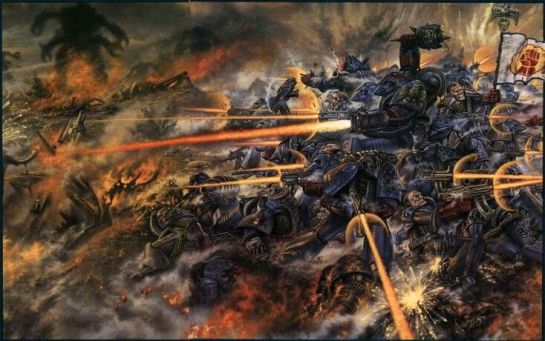 So to quote Mel Brooks “It’s good to be The King”. And like that, I’m adding in “Orcslayers” to the Orctober Community Painting Challenge. So if you have any models that can or should reasonably be called Orcslayers, then feel free to submit them over on the official sign-up post. NOT HERE. I’ll GET CONFUSED OR SOMETHING WHEN COMPILING. 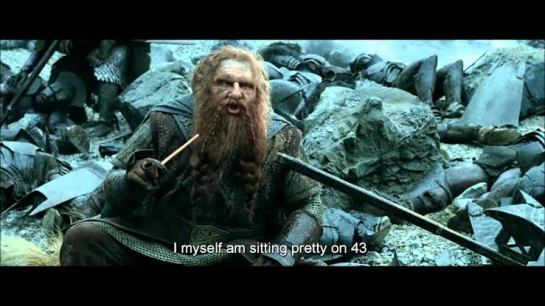 What’s the criteria for this new wrinkle? Well, if your model(s) have a significant history with Orcs, or Orks, or Uruks, or Goblins, etc where they don’t get on very well at all, then you’re golden.

I’m not too fussed about depth of criteria, but, you know, keep it reasonable to the background of whatever you’re basing it on. 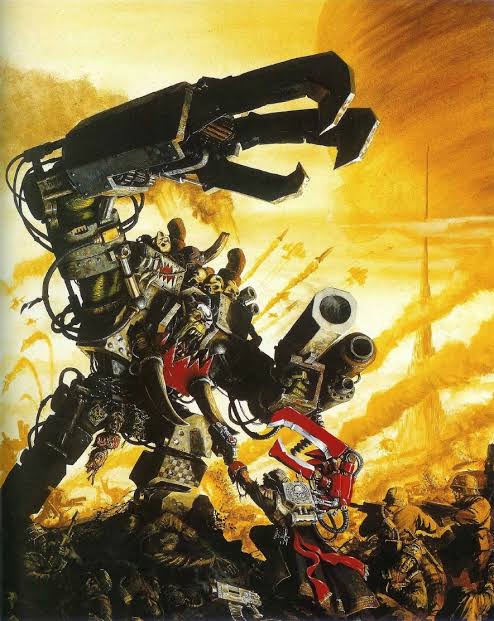 So this means that if you’re doing some 40k miniatures, it’s probably not going to be Hive Fleet Leviathan as the arch-enemies of the greenskins. 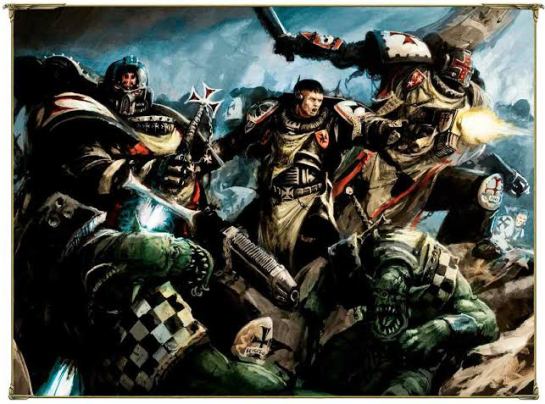 Of course, for your own armies, you have a lot mroe leeway. And why, yes, I did feel like posting up a bunch of pictures today. 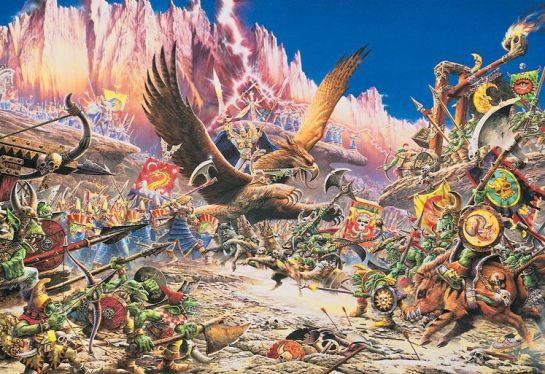 On the other hand, if your RPG character has a long and storied history against Orcs, who am I to argue? 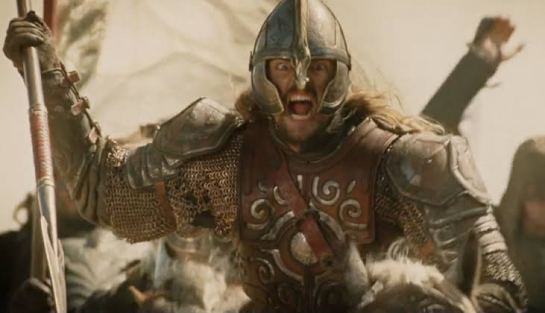 Now git out there and PAINT before Eomer eats your face! 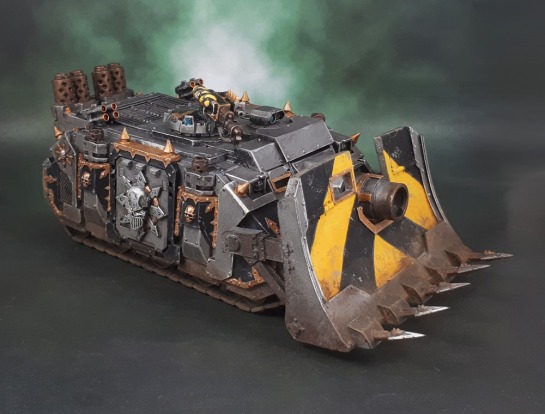 First things first – the July and August Challenge Community Round-Ups are coming. I’d planned to have at least one of them done by now, but I’ve been both flat out and under the weather for the last week, which was supposed to be a time for me to have a bit of a rest. No such luck, of course. So.. they’ll still get done, but my descriptive bits will probably be a lot more concise.

I’ve also been doing a bit of painting myself, but again – not nearly as much as I’d like. There are at least three sets of three models that “should have” been done, like a week ago. Actually, I still haven’t had a chance to finalise the flocking for the final one of my own Awesome August models, so at this point I probably won’t even count it anymore… 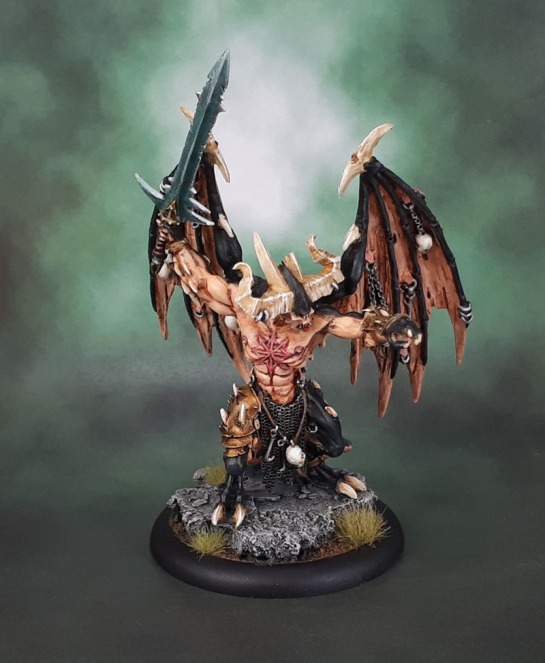 Still, the world rolls on, and so here’s the (slightly late) October Challenge Announcement Post. As with last year, I’m going with the Orc theme, so anyone’s greenskins of any type (even if they have grey, brown, ochre, etc skin) will count, that’s across any games or models of course as long as they’re Orc-related (yeah, I’ll allow Squigs). 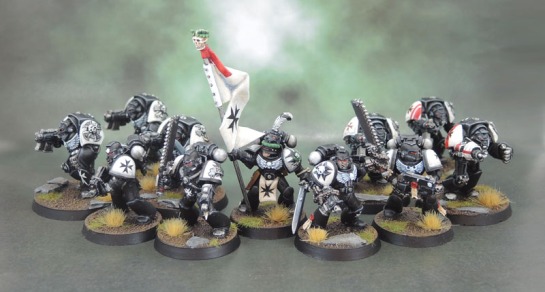 UPDATE: We’re now also including Orc-Slayers as part of this month’s challenge! 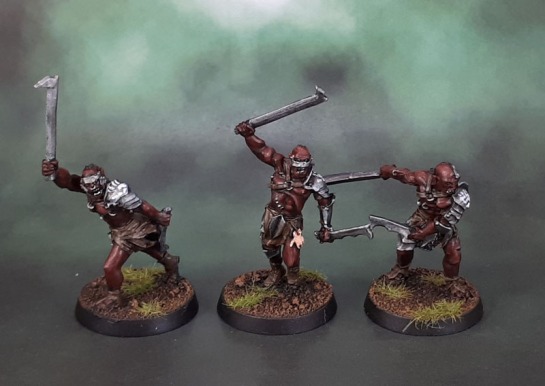 The other part of the challenge, which helps to make it accessable to pretty much anyone is the Neglected Models part. To summarise (since I have no energy right now), this means a model that was started more than 6 months ago but has been left to linger on the proverbial “shelf of shame”.

What’s “started”? Well, I’ll leave that up to you. Anything from “just needs a wash to be finished” to “I glued it together” works for me. The point – as always – being to help motivate people to get stuff finished that has been hanging out for too long. Nothing started that’s sat for more than 6 months? Well in that case, I firstly admire your discipline, and secondly, I’ll take something that you’ve owned for 6 months+ that you haven’t done anything to. Because I’m nice like that. 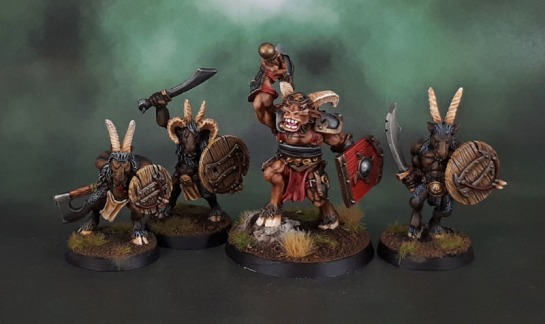 Usually, I try to comb through previous versions of the month’s challenge to add in some examples by participants, but like I said, I’ve got no energy still, so you get a few of my own Neglected and Orcish models, plucked from the photos stored here on WordPress. Don’t worry about me either, I’ll be fine in a day or three. 🙂 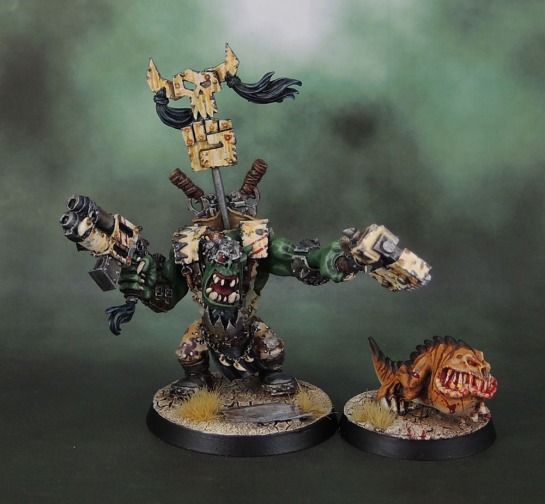 That’s pretty much it. If you might be interested, you’ve got a couple of days left for thinking about it before the challenge starts – though if you’re keen there’s also no reason you can’t be working on your models. Because it’s only about completing models in October. I don’t care when you started them!  😀

There’s also no special criteria as to who can or cannot participate. If you’d like to participate, then you can. Simples.

Oh, and Neglected Scenery counts as well. Because why would it not? 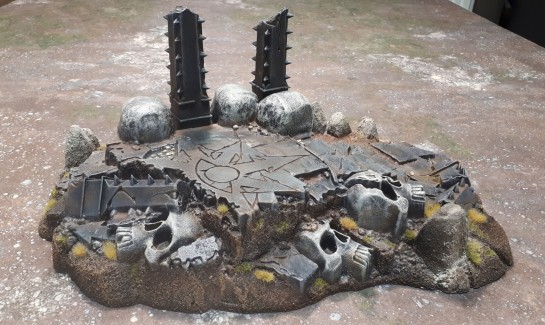