Here’s the next of my gaming mat reviews. Once again, this one is from Urbanmatz, based in the Czech Republic. The Badlands Game Mat. I chose this one as I’d been wanting something to (approximately) match the style that the majority of my models are based with. That is: dark earth, patchy grass and the occasional bit of rock. 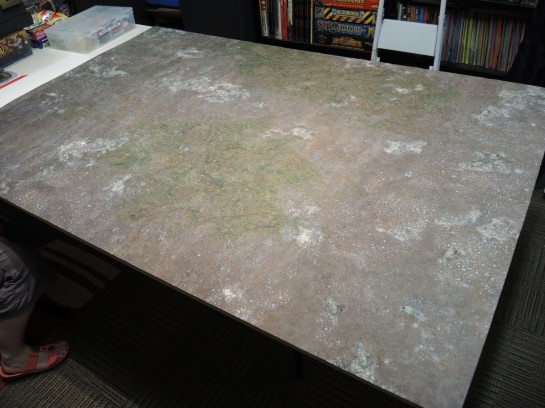 As with the other mats I’ve gotten from Urbanmatz, the design is printed onto neoprene (mouse pad material) and is quite nice. The following pictures of a Kings of War game basically show the mat off for similar Rank & File-based games, so your WHFB, 9th Age, WotR, or historicals such as Hail Caesar, Pike & Shotte, etc. I recently reviewed their 6’x3′ Space Mat along with the Fantasy Flight 3’x’3′ X-Wing Starfield Mat and also their Snow Territory 6’x4′ mat.

While the mat may look a little glare-y in some photos, and perhaps a bit washed out – it’s my lighting and photography to blame there. In person, it looks really nice.

Having said that, this is probably the time to emphasise again that despite them sending me a (stained) snow mat gratis, this isn’t any kind of paid for review, I paid full price (plus shipping to Australia!) for this mat and just as when I’ve reviewed and links to places like Red Box, Maxmini, Kromlech, Scotia Grendel, Brigade, RPE, Reaper, Games Workshop or anyone else, I don’t get any kickbacks from the links inside this review to pimp their wares, nor to I carry on and on about how wonderful (X company)’s products are every post. Unlike some others out there. 😉 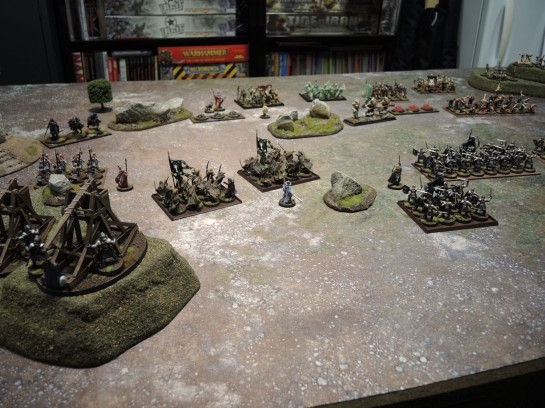 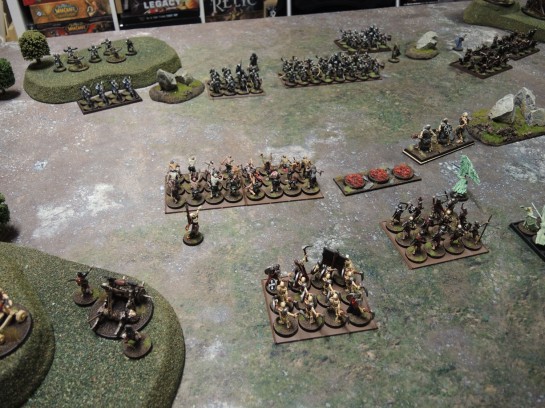 I also took a few 40k-themed photos as well. We set up a small imperial supply outpost out in the boonies somewhere, where the Imperial Guard present are assaulted by (who else?) the Iron Warriors. 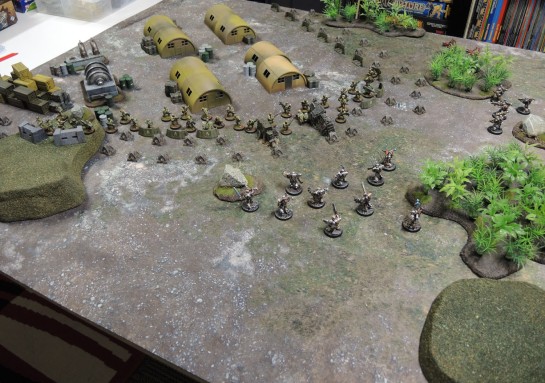 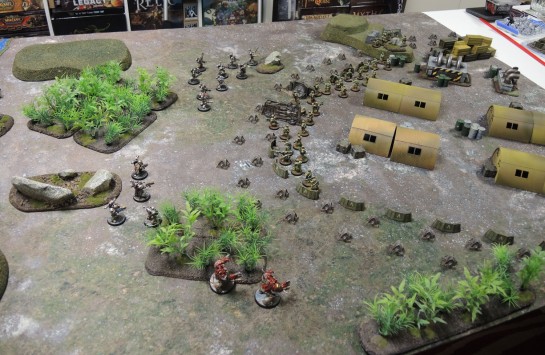 I didn’t set up any fantasy or historical skirmish games for photos, but I think you can pretty well judge for yourself at this stage. It’s going to work well for a lot of genres and games from dinosaurs, through ancients, all flavbours of historicals and moderns through to sci-fi. It’s a nice, generic rural “out int he bush somewhere” pattern that works well with the three elements that I use in most of my models’ basing. I also found that it works both with “forest” and “jungle” foliage when I was playing around with my scenery, so that’s a bonus in my book. 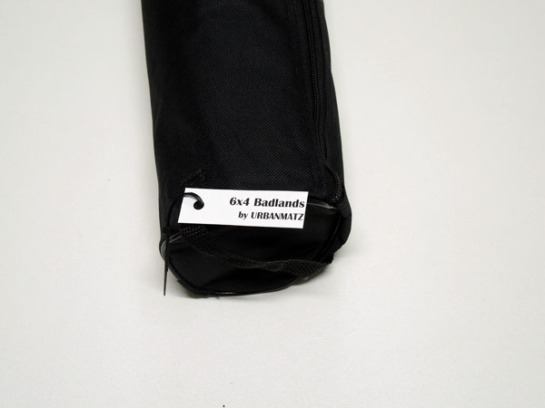 Once again, the mat came in it’s own, labelled bag at no additional cost. I really like these bags, and it would be great if Urbanmatz would consider selling them separately as well. I need to get one for my FFG X-Wing mat so I don’t need to store it in the box anymore, one for my GW “green grass” mat, one for my ancient Armourcast (I think) mat, and then a few (or one) to bundle my smallish Mantic ones into. I know of another vendor who does sell them, so I might have to sort it out that way later on.

Verdict: This mat is pretty much what I wanted it to be. I can’t say that I’m surprised, but if it wasn’t a good one, I’d be pretty disappointed and would not be shy about sharing that. It’s a good mat, the quality is there, and the design is one that I’m happy with. If you like the design, I can’t complain about the quality of the mat or the service I got from Urbanmatz, so I really don’t have any hesitation in recommending them.

I’ve got one more of these things to review now – Dirty Roads. We’ve actually got an AoS game set up out in the shed ready to go, so I’ll try and get some in-progress shots to include in the next review.