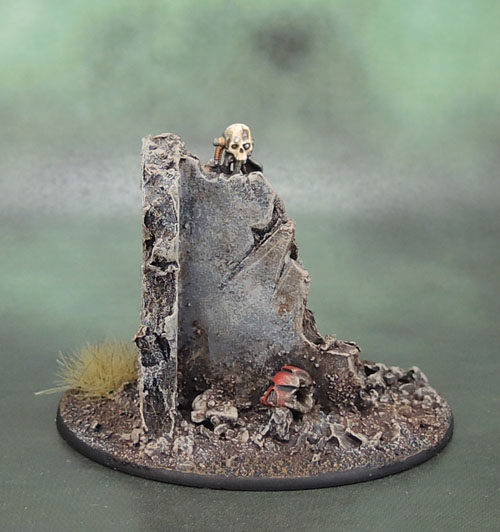 At some point in the past when reading the 3rd edition Codex Battlezone: Cityfight and Codex: Catachans, I became taken with the idea of making some cool looking booby traps for 40k. I know it was around the era of the Battle for Macragge and when we were living in the rental at Carlisle. 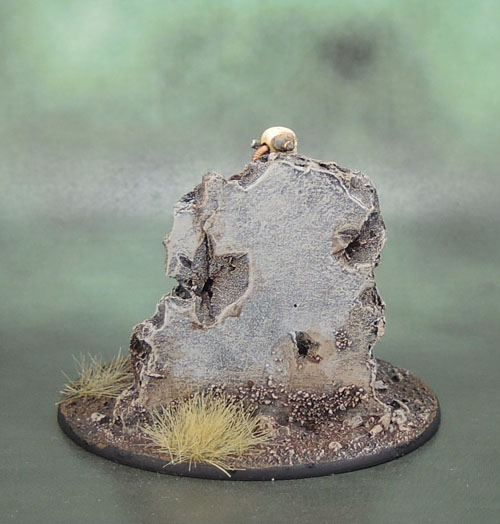 Anyway, I got inspired, and got started. Then later I got distracted. Then we had to move, and like so much, this stuff got boxed up again for years. When we moved in here, they came out again, but got lost in the shuffle until a few weeks ago, when I spied them on the desk and had one of those “just finish those fucking things” moments, so I bumped them to the front of the queue and did just that. 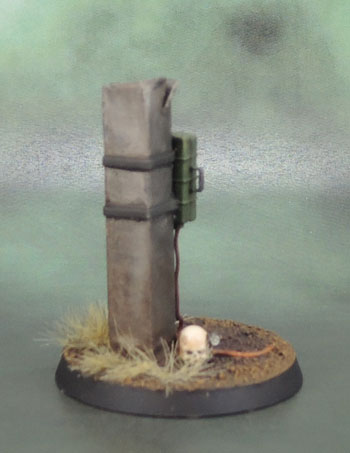 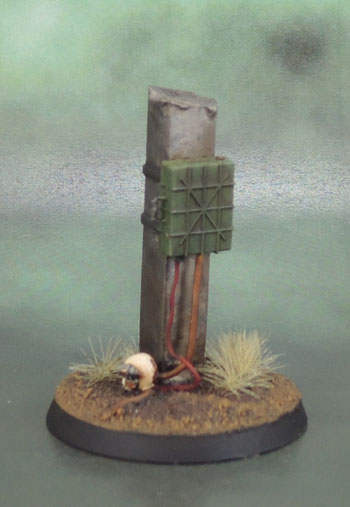 The idea behind both of these models is that explosives have been placed behind an object, and a servo-skull has been programmed to watch and wait until the enemy is close enough, and then detonate, probably annihilating itself in the process. Another glorious sacrifice to the God-Emperor.

These make a nice 40k-accompaniment to the Minefield that I sorted out a couple of years ago. I guess I can also get some use out of them if I ever manage to get back into Necromunda/Inq28munda/Shadow War Armageddon. Honestly, I can’t remember the rules for this sort of thing, so I imagine I’d probably need another 4-6 of them to work as “counters” to allow some of them to be actual booby traps and some to be dummies. If I have to make some more, I certainly hope I can get the damned things done a hell of a lot faster!