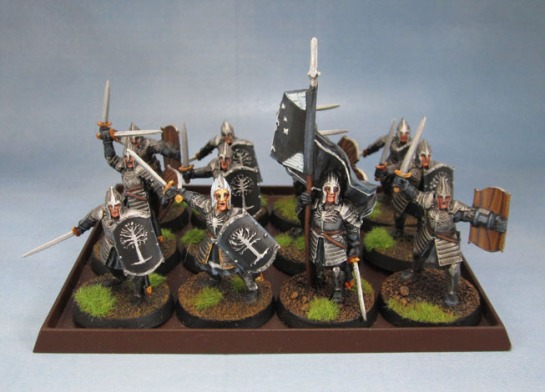 These guys were painted last year, making up a decent chunk of the models I painted. As I’ve said, I wanted to avoid showing them individually (or at all) until I had more to show. 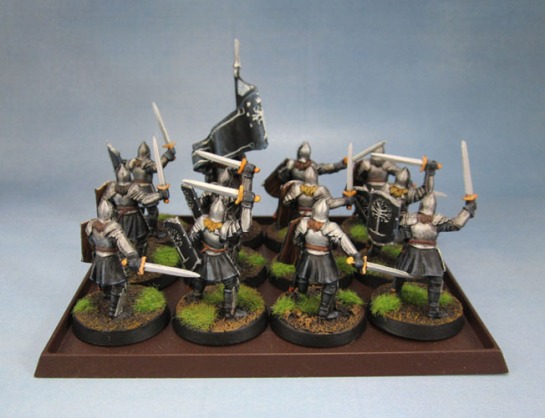 Now that I’ve shown some of them recently, I figure I may as well start to show them off here on the blog to help motivate myself to get the army finished. I’ve got two units of swordsmen finished so far for Kings of War – one set up as a Regiment, and one as a Horde.

Everything I said about painting them previously applied and applies just as much to these guys, as well as the ones I’ve still got to paint. 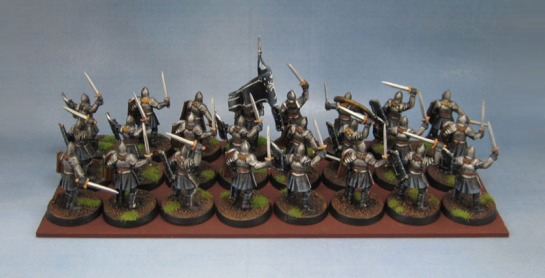 For Horde-sized units, I just double the number of models I use for a regiment. 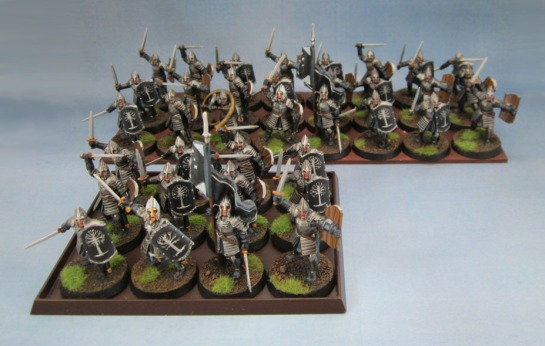