Not that I foresee this being a series with a huge number of entries, but I thought I’d throw that number in now, just in case. Anyway, a couple of months ago, I was playing a lot of Fallout 4 (this was before the cluterfucktrainwreck of 76 was released), and while browsing the internets, I saw this thing. 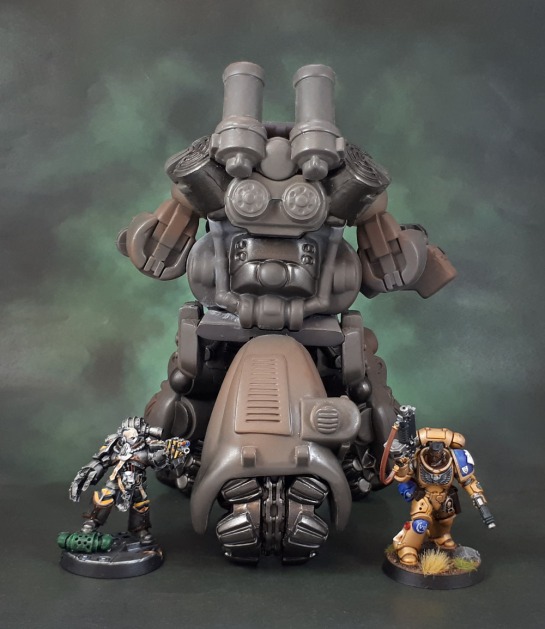 The thing I saw said that it was 6″ tall, and clearly it doesn’t suffer from the massive cartoon macrocephalia that is part and parcel of these collectable figures. True, it’s a little bit SD (super-deformed), but not to the extent that it looks completely wrong if you don’t know the model. 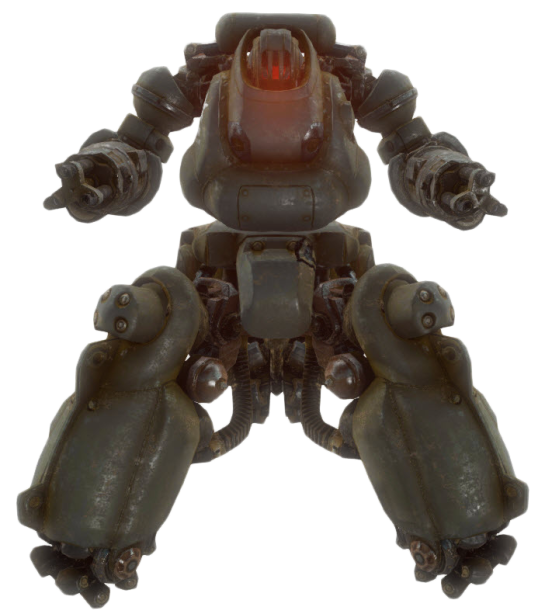 The thing is called a Sentry Bot, as noted, from the Fallout series of games. Here’s how they look in-game, and while you can clearly see that they’ve played with the proportions to make it fit in a little better with their Funko Pop series, it’s still pretty passable for 40k or other tabletop games. This collectable toy can be had for a pretty reasonable price for those of you in the US (I got mine from EBGames Australia for about AU$35).

My size comparison pics are a bit sub-par, I know (sorry I still haven’t built a Knight!), but as you can see it’s a decent size. The stock toy-paint is also decent. You could easily decide to overpaint, touch it up, or just leave it be. (I may touch mine up down the line). I could see this being proxied for a Knight-style “walker” in 40k, or simply used as a terrain piece – park it inside something like a Sacristian Forgeshrine for an objective-based Kill-Team game – even an Imperial internecine one (sabotage the Man of Iron Warbeast before the AdMech resurrect it!) And that’s just 40k. For someone playing a less “strict” sci-fi game of any type, it’ll fit in pretty nicely without looking as obviously iconic and potentially distracting as a Star Wars walker – though for me personally it fits the “DIY/incorporate anything” mentality of early Rogue Trader 40k perfectly.

Anyway, I’m sharing this on my blog today for the same reason that I picked this thing up a month or so ago. Enjoy!