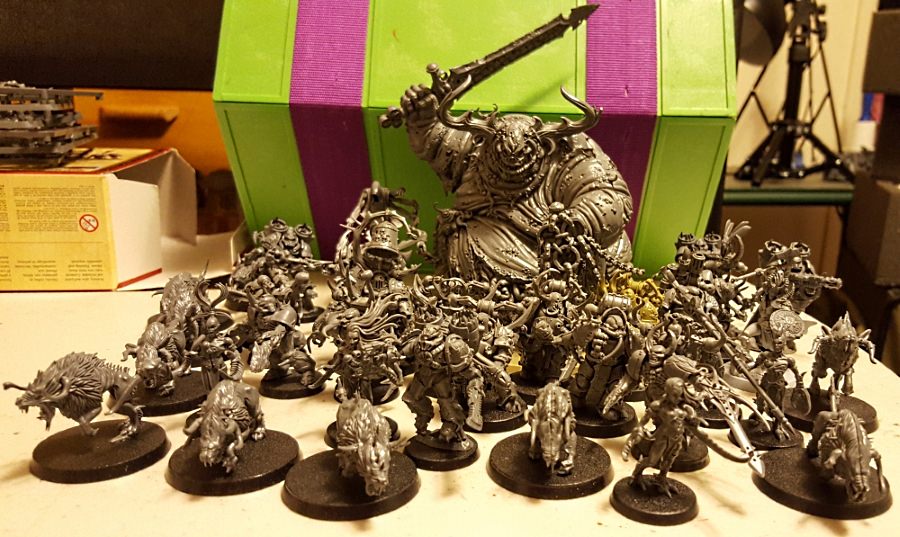 April’s hobby challenge seems to been reasonably successful, with quite a few models combining into existence.

Ann from Ann’s Immaterium has put together a whole lot of stuff – I see Daemonettes, Chaos Hounds, Raptors (or maybe Warp Talons?), Possessed, as well as some Plague Marines and of course Big Daddy himself, a Great Unclean One. 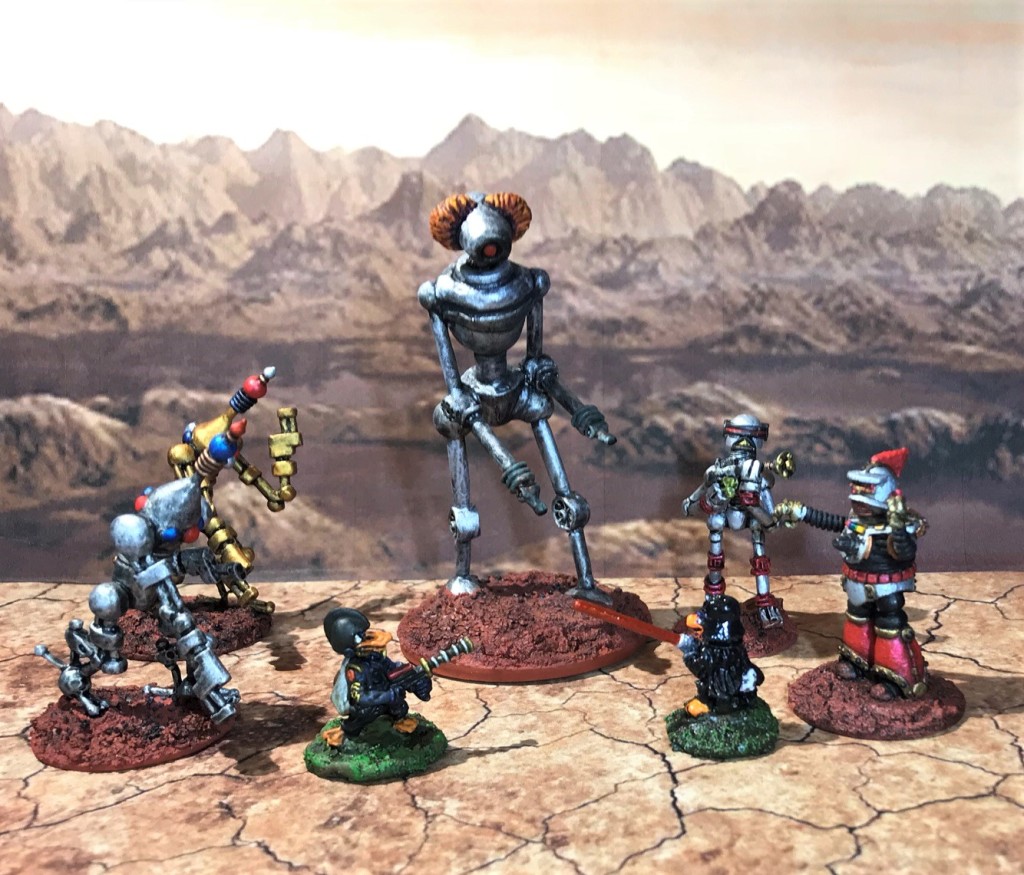 Mark Morin completed Roberker and Juggerbot, who aren’t a musical duo like Simon & Garfunkel or Hall & Oates, but a pair of death-dealing combat droids. …who only moonlight in the music industry. 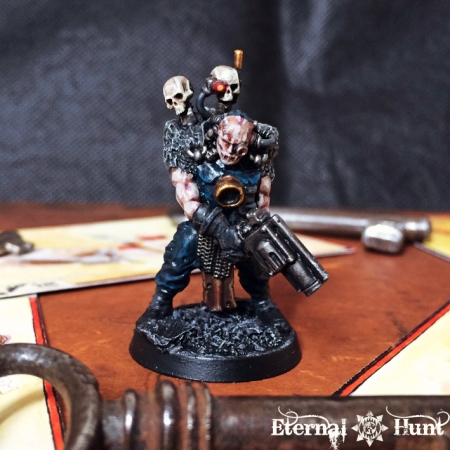 Kitbasher and converter extraordinaire, Krautscientist from Khorne’s Eternal Hunt has created a trio of Inq28 models for his Ordo Scriptorum retinue. First up was “The Bureaucultist“, followed by Interrogator Klien Inson, and then Countess Mandelholtz.

Here it touches down on a lake of coffee and icing sugar.

Steinberg, of the associated Shed Space put together and also painted a rather cool and impressive looking Steam Wars MDF model of a US Navy Steam Wars Skyship.

Faust from Doubledowndice assembled and painted (painting stuff as well is completely fine!) a custom-kitbashed version of that Classic Bloodbowl Dwarf player, Barik Farblast. I initually thought it was a new Forge World model of that character since I’ve not kept up to date on all of the new Bloodbowl stuff, so, you know – great job there!

Wudugast of Convert or Die put together this pretty amazing rendition of Gor Half-Horn, the newly-released Forgeworld Necromunda Beastman Bounty Hunter. I think in many ways Wudugast’s model is superior to the official Forgeworld model and is a model I’m very likely to draw inspiration from in the near future.

My own limited output was (sorta) shown in yesterday’s post, though I don’t have any group shots.

Did I miss your assembled models for this month? If so, please leave a note in the comments and I’ll add them in. Even if I’ve seen them on your blog, I can’t remember stuff like that by the time I do these round-ups!

And now, back onto getting those Neglected Models of May done! 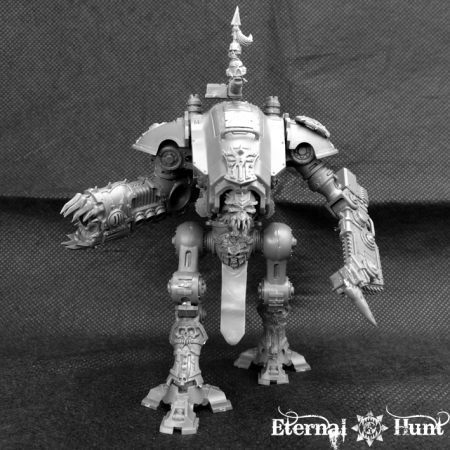 We now have a late addition from Krautscientist (posted after I went to bed last night but after I scheduled the auto-post for this round-up). A Renegade Armiger Warglaive for and of the World Eaters.

The Imperfect Modeller created this fantasy diorama for April’s challenge. Arthrand Nightblade, Wood Elf Sergeant. Since there was no link to the April Challenge post, I missed it until today as I’ve been scrolling through posts from the past few weeks that I may have missed while having foot and knee issues and missing stuff. It’s a lovely and evocative piece that works really well with the Wood Elf, so it’s a shame it missed the initial posting – but better late than never!