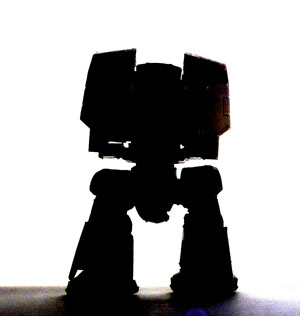 Assembly April was a bit of a failure on my part – at least in terms of what I personally hoped to achieve. The idea was that I’d be able to get something big and impressive built as those are the models that I typically put off assembling, but I honestly just wasn’t feeling up to building or painting very much. 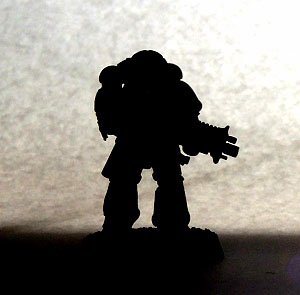 I did manage to do some stuff done at the start of the month, and then just after halfway through I managed to motivate myself to get a few more things put together, but to be frank there was a bit too much real-life bullshit draining me, and big plastic kits with a million pieces do put me off as I don’t enjoy assembling them – so I didn’t manage to get a single real impressive model done, let alone the five-six that I’d picked out to work on. A couple of these silhouettes represent multiple related models rather than the single one shown.

Now, I was also having trouble deciding how to do the wrap-up for this month as well, as I’ve actually started painting a bunch of these, but none of them are finished yet. So how to show them off without showing a whole lot of crappy-looking half-painted models? I mean, I don’t mind it when I’m doing a tutorial post, or a WIP-post, but I’d rather show these particular models when they’re done.

A couple of these models still need an arm or two. That’s the other issue with this sort of thing. Sometimes I paint models once they’re fully-assembled, but other times I paint component separately, or paint some of the model, complete the assembly, then paint the bits that just got stuck on. So again – half-painted models that I’d rather not show at the point they’re at.

So it’s a bit of a mixed bag – the models I did get assembled were all things I’ve been meaning to do for ages, and now they’ve (almost) all got some paint on them. On the other hand, there’s other mid-large models I’ve also still not assembled, let alone the big stuff as I mentioned.

Hopefully I’ll manage to actually get most (or even all) of this stuff painted reasonably quickly rather than have them fall into Neglected Model territory. The one with the biggest danger of that is the one up top of this page, as I’ve got to work out exactly which force to align it with, and then work out what kind of additional bling to stick to it… 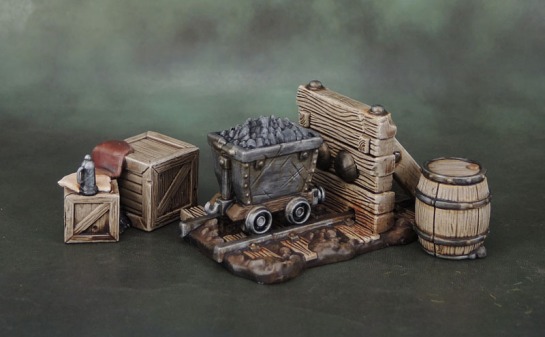 These four sets of Shadows of Brimstone models shown over the past few days were also assembled in April, so I’ve just added them in here. They weren’t assembled with Assembly April in mind – they were quickly put together so I could hit 30 models painted in April, but they required assembly besides gluing to bases, so assembly is Assembly, I guess – so I figure that they also count.