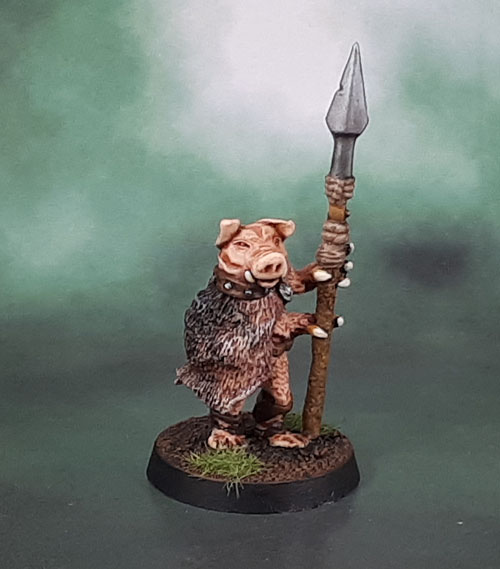 Today we’re looking at a really bloody ye olde model here. A C27 Beastman from 1985. “Hogman is his name, and …well, for the past many years, being an old broken piece of junk in a box has been his game. The model had been painted once, probably close to 30 years ago, and even then not to the best of my ability since it’s a rather wonky sculpt, and since then the spear blade had broken off and it was basically just a nothing model. 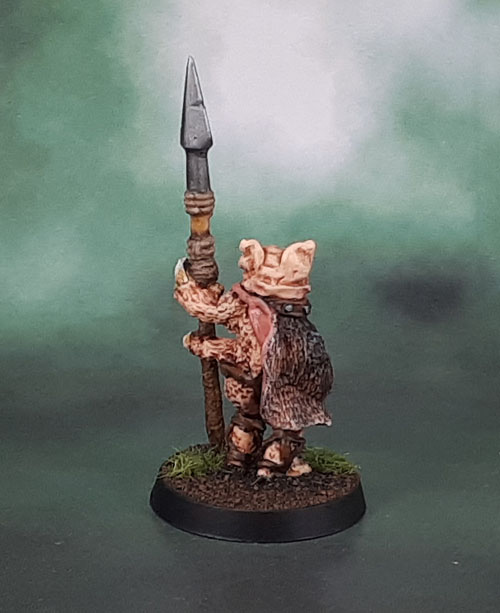 So naturally Marouda saw it and picked it out to be a model for me to paint. First thing was to repair the speartip, with a donation from an OOP plastic skeleton, and then to repaint as needed, so he got a new cloak, new claws, new leather straps and touched-up flesh. The crudely-sculpted fur is a bit of a lost cause, and the feet are also very crudely sculpted – not much more than impressions in some blobs. Funny how the head is clearly so much better than any other part of the model. I suppose the cloak is competently done. Still, I guess we have to allow for the fact that the model is just a few months shy of 35 years old. Wow.