What’s that? Squats are back and going to be popular? I’d better get to painting some, then! Actually, that’s not in any way how this happened. This poor little fellow has been bouncing around between various storage locations, part-painted since the early 1990’s, and I did eye him off the other week and decide that he’d be a nice model to just finally get painted. I had pried him off the old flocked base I glued him to and given him a new one with texture paint a few months ago, but I hadn’t touched the model’s paint. As such, I simply continued the original colour scheme I’d planned for him so many years ago, though originally the red was just a bit brighter and I doubt I’d have used teal in those days. 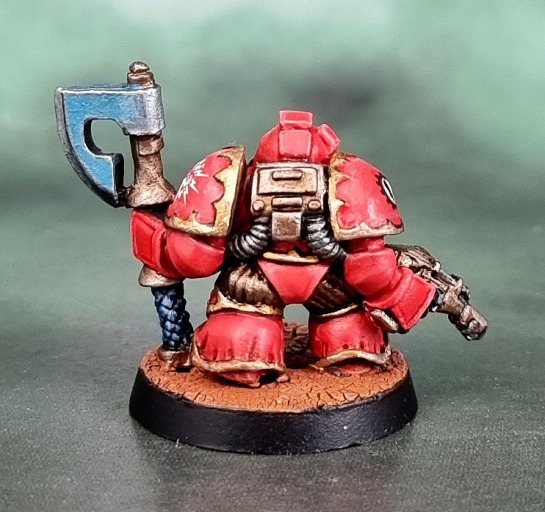 This model is one I’ve had for a very long time, and is one of the remaining vestiges of the Squat detatchment that was part of my first Imperial Army/Guard force, that I sold as a teen to get the cash to buy my first Amiga Computer.

It’s not something I regret as such, as I got a lot of use and enjoyment out of that computer, as well as it having probably been an important part of what has gotten me to my current professional position, but you fucking bet I wish I could get hold of those models again today.