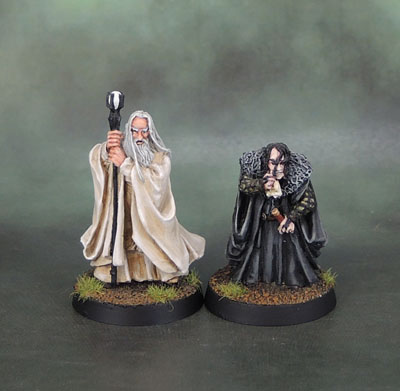 Today I have a pair of heroes (well, villains) from the Lord of the Rings/The Hobbit/Middle Earth SBG series. They were both painted several years ago but for some reason they’ve never been photographed and shown here on the blog. We have of course Saruman the White and Gríma Wormtongue from Games Workshop’s range. 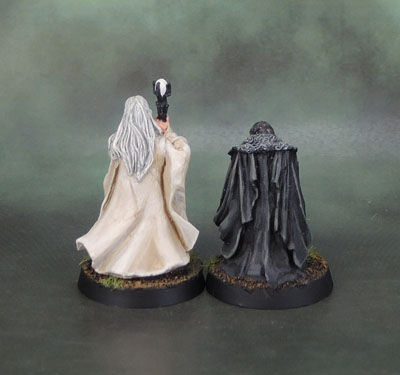 Pretty straightforward paintwork on both of these, simply influenced by the films. They make a nice pair of models. 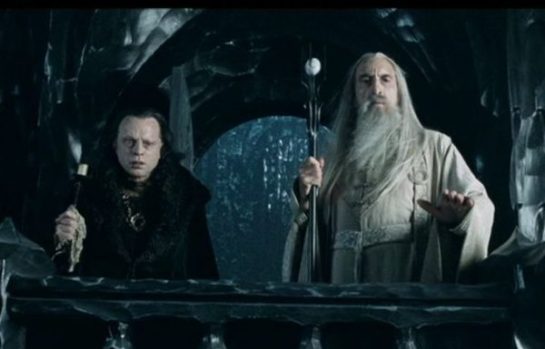 I haven’t had much of a chance to play SBG in some time now, though Wargamer Eric has had several posts about the Battle Companies variant of the game that has gotten me interested in playing some “warbands”, so it might be something on the horizon for the near future as I’ve since picked up the book.

9 thoughts on “Saruman & Grima Wormtongue – Lord of the Rings: SBG”