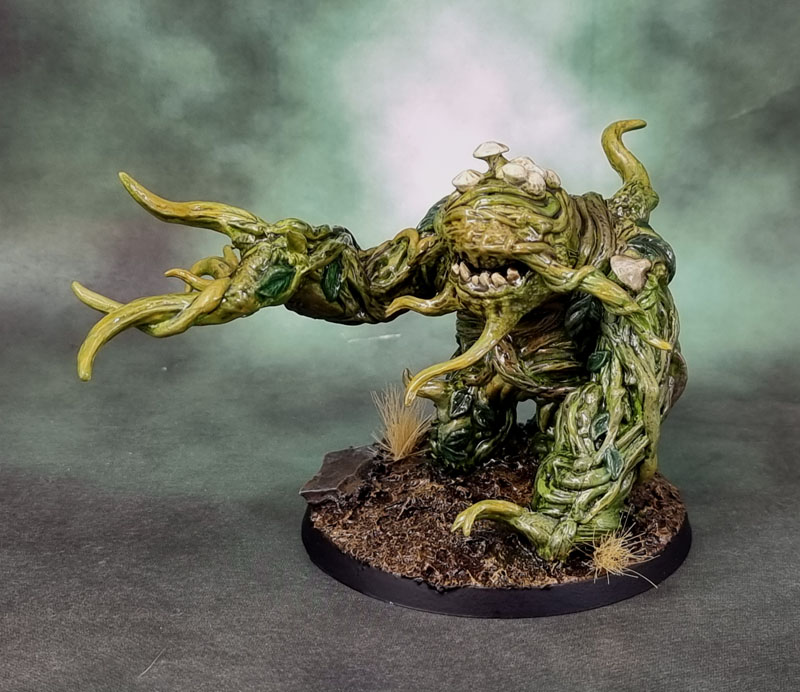 Yeah, some of these post titles are getting a little unwieldy. Such are the trials of models that are very much part of two different series I’m painting, I guess. A very simple story for this one – I was ordering some stuff from Amazon a few days ago and a couple of interesting Nolzurs’ models popped up in the little recommendation thing that they use to sell you more stuff, and I ended up adding a couple to my cart, and then a couple more, and then a couple more. Admittedly, a few of them had alrteady been in my “save for later” cart, including this one so it was just a matter of finally pulling the trigger on them.

As far as what this monster is supposed to be, it’s basically Swamp Thing, D&D Edition. I guess it’s also another take on Tolkien’s Ents and Huorns, but then, such creatures have been part of pop culture for as long as it’s been a thing, and by extension, folklore and mythology for centuries and millenia….

Also admittedly, one of the biggest reasons I grabbed this thing now were the promise of a quick “easy win” for Swordmaster’s Monster March since I knew I could use the challenge as motivation to get the thing painted quickly. So that’s what I’ve done. Painting was done in a rather organic (!) manner, using multiple coats of different contrast paints, regular washes, drybrushing and spot painting, all in many layers. I used Vallejo European Thick Mud paste for the basing rather than my usual sand, thouigh I did paint it in the usual palette so the model would fit in with the other Nurgle (and D&D) models.

In order to give the whole thing a slick, wet-plant-and-mud look, I coated the thing with AK Interactive’s Semi-Gloss Spray Varnish (that stuff is NOT the same as satin – look how bloody shiny it is!) A touch of matte varnish on the rocks, and my first little play with Greenstuff World’s Liquid pigments. More on that stuff as I keep using it and leaning more.

A small detachment of Minotaurs Astartes detour from purging the Imperium of the High Lords’ enemies to fight some Chaos scum.

So another quick model to add to my Nurgle forces – or even any potential narrative games set on a Death World. Need to try and paint a ton more poxwalkers, and then maybe some of those new Plaguemarines as well… And by “new”, I mean the current models…

Also a quick shout-out to John of JNV who does love a good carnivorous plant when I manage to get one painted up! 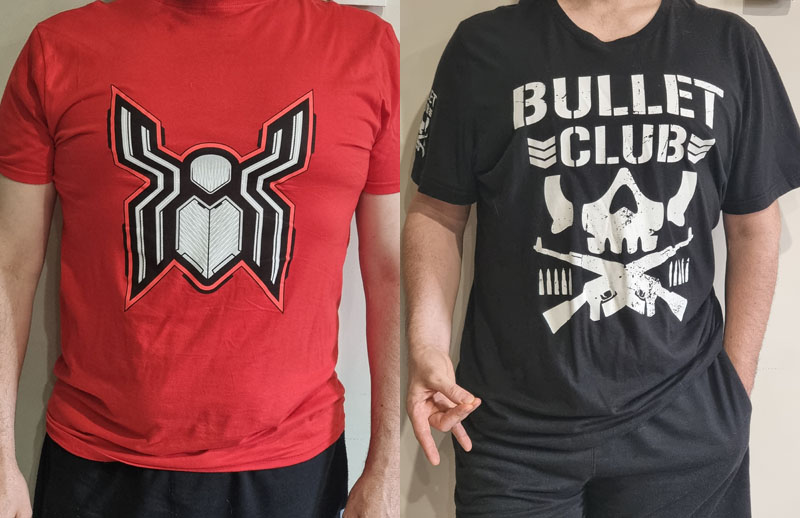 And here’s another pair of my favourite t-shirts for Imperial Rebel Ork‘s t-shirt challenge. After the reaction to the helmets in the other post with t-shirts, I think I might have to finally start photographing some of my collection of geek-crap to show off here.