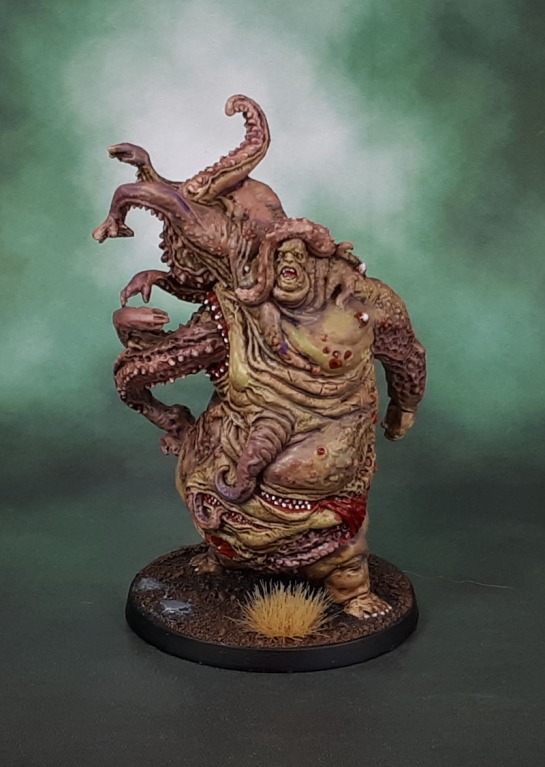 Another Kickstarter boardgame model today. This time it’s one from the Cool Mini Or Not (CMON) game, The Others: 7 Sins. The actual boardgame is some kind of modern-themed boardgame with a weird Hellboy-esque setting something something demons based on the Seven Deadly Sins. I think the genesis of the game was to create a game based on a bunch of Adrian Smith’s sketches. I dunno, I’ve never played it and may never get around to it. Either because I’m not a “real gamer” or because I have better shit to play. Why did I buy it then? Because the models looked pretty good overall and I saw that many of them could be incorporated into the Warhammers (amongst other things) pretty easily. 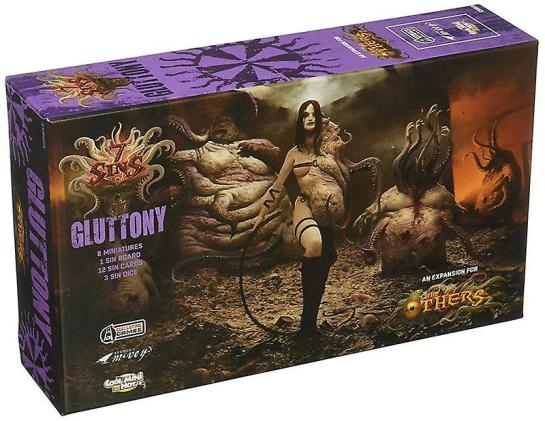 The Gluttony stuff then, comes from an expansion where all of the models, save perhaps the “Controller” look to me like they’ll fit perfectly into my Nurgle Daemon army. She looks like she may be actually fit into Slaanesh better, not due to being female, but the bondage-ish outfit and the model’s rather lithe appearance. I’ll worry about the exact details there a bit later, though – because we’re here today for the Avatar or Gluttony. Or to give it a more proper name, the Daemon Prince of Nurgle. 😉 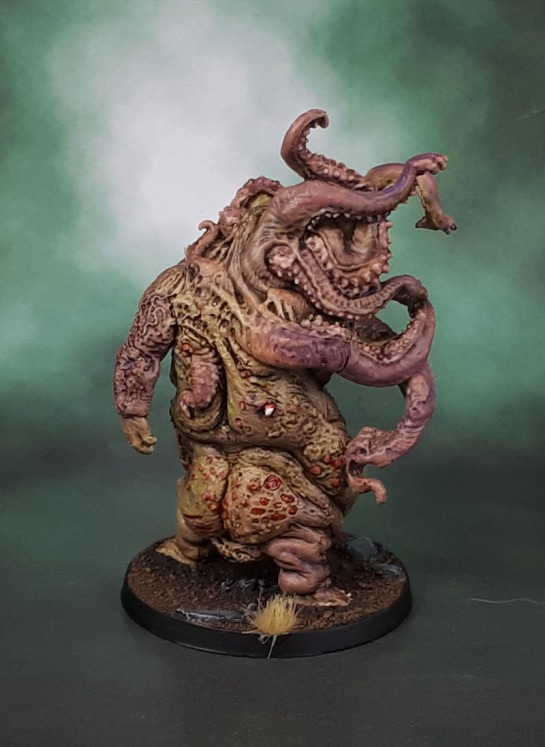 The model was started with a few layers of green washes over a white primer-basecoat, and then layers of thinned yellow-greens, flesh tones, reds and purples were added, along with some brown wash in between here and there. I decided to try the wash-heavy method over my previous attempts to blend most of the way, and I’m happy to say that it’s certainly turned out well enough for Nurgle, even if it’s not going to win any Golden Daemons or Crystal Brushes. 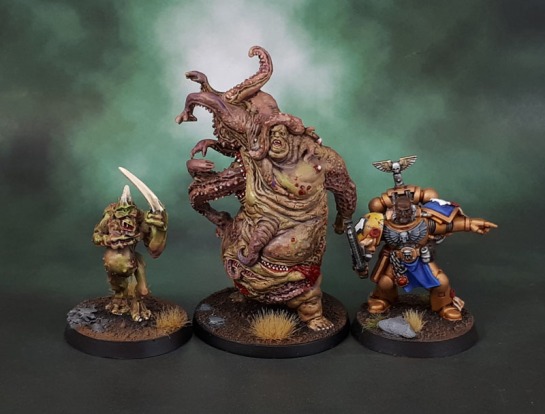 This one wasn’t actually a long-neglected model, or even started specifically for Monster March. Instead, I spotted this box and the Wrath Box on my shelf when I was out in the War Room, taking the beach-bunker shots for last month’s models. I did that thing where I look at the boxes, look at the models, and then decide if I think I could paint them quickly. Then of course, the models take much longer than I originally thought. Here’s the size shot that I think works to justify it’s inclusion in Swordmaster of Hoeth’s Monster March Painting Challenge. 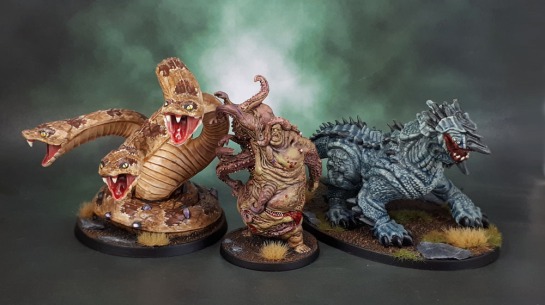 On that very point, I’m going to try and finish the Dracoliche over the weekend after a few of my other planned models haven’t worked out. But in the event that it doesn’t happen, here’s a group shot for Swordmaster’s wrap-up. Doing the challenges here, I certainly know the value of a nice combined shot!